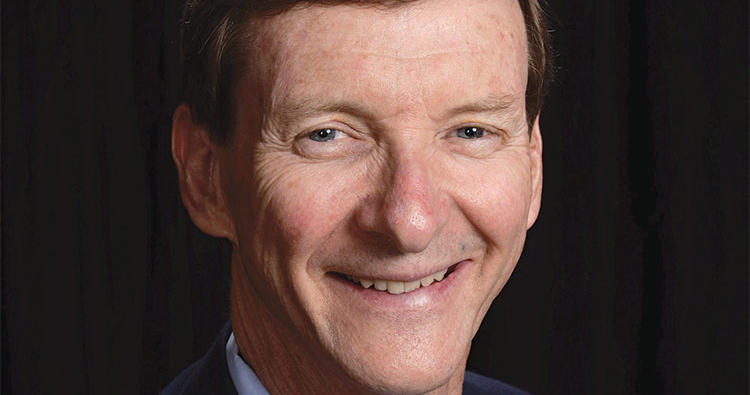 For more of LEO’s preview coverage of the 2019 legislative session, go here.

Jim Wayne left the Kentucky House of Representatives after serving there from 1991 to 2019. He represented the 35th district which includes the south-central parts of Jefferson County. He is the author of the award winning novel “The Unfinished Man.” Here is his forecast for the upcoming legislative session and what issues will be addressed or should be.

Unless Gov. Matt Bevin is called to Washington to a Trump post, don’t expect him to be capable of guiding any of his own legislation through the General Assembly. He pushes against people and is unable to build any working coalition to pass major bills. So that leaves an inexperienced House leadership and the skilled, pro-rich, pro-corporation Senate leadership to govern the Commonwealth.

Those of us who care about the common good, workers, the disabled, children, the elderly and the environment must be constantly vigilant and resist.

No one can afford to sit in a comfy chair and binge on Netflix this winter as the legislature is in session!

When Kentuckians changed the state Constitution more than 20 years ago to direct the legislature to meet annually instead every two years, we put two guidelines on the rambunctious lawmakers:

Meet for just 30 days (in addition to 60 days for even numbered years) and try not to tinker with the budget (any money related bills must have a supermajority to pass).

The short session ideally deals with clean up legislation and urgent legislation, but through the years it has evolved into more.

This year, the climate is politically charged by the statewide elections for the executive branch, including the governorship. Kentucky’s Republican governor is one of the least popular governors in the nation and seems to add to his undoing every time he opens his mouth or posts a silly video on social media. So expect a lively Democratic primary to take on the incumbent and maybe one or two GOP primary challenges to Bevin.

Given this legal and political context, here’s what to look for in the General Assembly from now until mid-March:

1. Pensions. The embarrassment of the special session debacle in December may cause the GOP leaders in the House and Senate to craft something, anything, to tell the citizens they are saving the public pensions. No matter that the last two bills they put forth were constitutionally flawed and would have minimal, if any, impact on the liability. The argument that our Wall Street bond rating is tanking is bogus. Remember, the corrupt Moody’s (cited by the governor and the GOP leaders) rated mortgage backed securities AAA just before the great recession of ’08. Kentucky’s current debt payments are 6 percent of our annual budget, healthy for any government. And just 35 of the 46 House members who voted on the 2018 “sewer bill” are returning this year. So Speaker David Osborne must do a lot of quick convincing to win over 16 votes from freshmen (or 26 more votes if the bill could be considered an appropriation in the Supreme Court). That is a steep hill to climb. Teachers, be ready!

2. Sports betting. Because this is now legal across the nation, states are crafting laws to regulate it within their borders. Churchill Downs, the NFL, NBA, etc. all want us to get moving on this. Yes, it is a stepping stone to legalizing casinos, and, yes, it will generate new money for our state coffers. But just a trickle. Experts predict the most Kentucky will take is $5 million a year… pocket change in a $13-billion annual budget.

3. Fix for nonprofits. The GOP’s 2018 rushed, regressive tax giveaway to the top 1 percent and the big corporations was flawed in more ways than an honest CPA can count. One of its most obtuse provisions was to slap a sales tax on nonprofits’ fund raising events [and memberships to nonprofits, such as the YMCA]. The GOP leaders say this will be fixed in the current session, which is good, but beware. Republicans’ goal is to eliminate the income tax, give even more breaks to the greedy rich and corporations and burden the workers and the poor with heavier sales taxes. In fixing the nonprofit blunder, they may well attach more goodies for their rich pals and hurt everyone else and call this “tax reform.”

4. Ending cash bonds. More and more states are eliminating the discriminatory practice of setting cash bonds. It hurts the poor and adds to crowded jails. Social justice advocates have argued against it for years. Now the Chamber of Commerce has seen the light and wants to end cash bonding. The business-adoring GOP is likely to agree with the Chamber and pass the bill this session.

5. Charter schools and Jefferson County Schools. The heavy-handed state school board and Education Commissioner Wayne Lewis, want enabling legislation to allow school boards to use existing funds to set up charter schools, which are often owned by for-profit, rich corporations. They especially want to push this in Jefferson County (where the big student population means more profits), which is run by an anti-charter school superintendent and school board. Expect fireworks.

6. Unemployment insurance. The Chamber of Commerce, that anti-worker advocate for the super rich, wants to lower the employer tax on unemployment insurance (surprise!). They tried to pass this in ’18 but fell short. Knowing their allies have super majorities in both the House and Senate, expect them to try again. Workers, be ready or the greedy will win again.

7. Medical Marijuana. It won’t generate much money for the state, but more and more states are lifting the ban on pot for pain relief. The movement has reached Kentucky and lawmakers on the left and right are becoming convinced. It may not pass this session, but if not, the debate may well set the stage for a new law in the 2020 session.

8. Emergency Fixes: Martin County Water District and kinship care. These two urgent fiscal issues should be resolved in this session. The Martin County potable water crisis has the makings of a Flint, Michigan tragedy. People’s lives are at risk. It must be addressed now.

And the frail, fixed income grandparents need help taking on the responsibility of raising their grandchildren. These loving adults have stepped in to take their grandchildren out of foster care (a state expense) and raise them with the understanding the state would help with the cost for food, shelter, clothes, transportation, medicine, etc. The courts over a year ago ordered the state to pay up. The Bevin bulldogs resist, however, saying the state cannot afford it. Well, the GOP legislature gave $500 million in tax breaks to the corporations and top 1 percent in 2018.