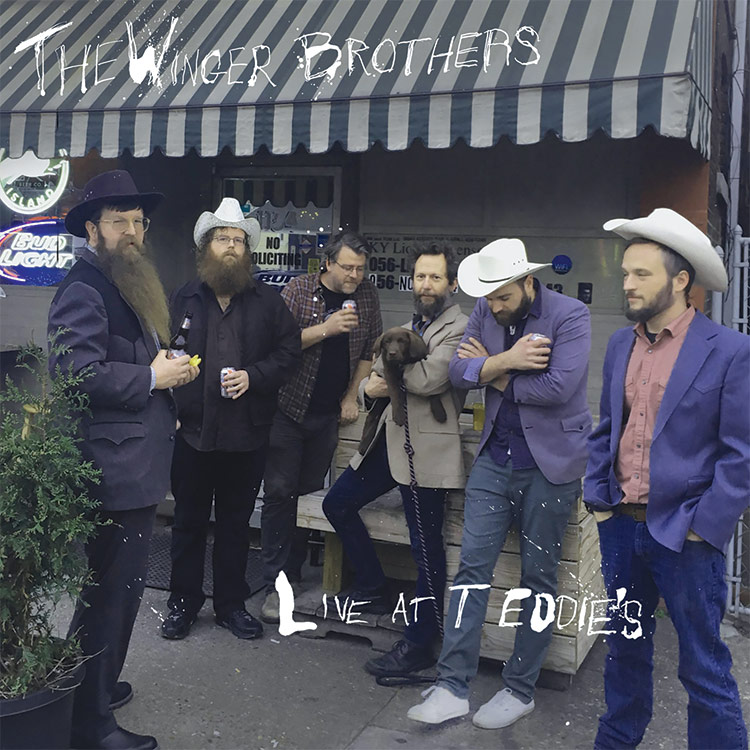 Four years into a career, many bands have two or three albums. But then again, these other bands aren’t The Winger Brothers. So, when it came time for the local country band to finally cut their debut, the Wingers slated a more unorthodox course. Because, well, it’s The Winger Brothers.

“I’d been really into this Merle Haggard record, Live At Billy Bob’s,” lead Winger, Jordan Humbert, said. “It’s such a great record. So, I thought maybe we could try to do that — make a live record.”

Abandoning a planned studio session, the Wingers recorded at a bar, resulting in Live At T. Eddie’s, which will be released this Friday, Dec. 7.

“In the studio we’d record live anyway, so it just made sense,” Humbert said. “And we had a relationship with T. Eddie’s. We always did WingerFest there and hung out there all the time. We decided to do it on a Sunday at 6 o’clock, which, I think, is a good time to record a live record.”

Humbert also reveals what to expect from Live At T. Eddie’s.

“There’s nothing that hasn’t been around for awhile. If you’ve been to our shows, you’ll know the songs,” Humbert said, laughing. “I mean, there’s only nine songs, but it’s all we got.”

So, it’s fine if you’re annoyed that one of the most entertaining and endearing bands in Louisville hasn’t released more music. But, you should also thank your lucky stars you’re getting anything at all. “When we were doing the ‘90s country covers, we played a lot of good-paying shows,” Humbert explained. “Every time we took the money and put it in a cowboy boot on the top of my fridge. And it was like, shit, what are we going to do with it? We thought what is the dumbest thing we can do with this money and we were like: Let’s buy a boat. But then we figured we should put out a record instead.”

The Winger Brothers album release show is at Old Hickory Inn on Sunday, Dec. 9. Limited vinyl copies will be available at Guestroom and Fat Rabbit on Friday, Dec 7.