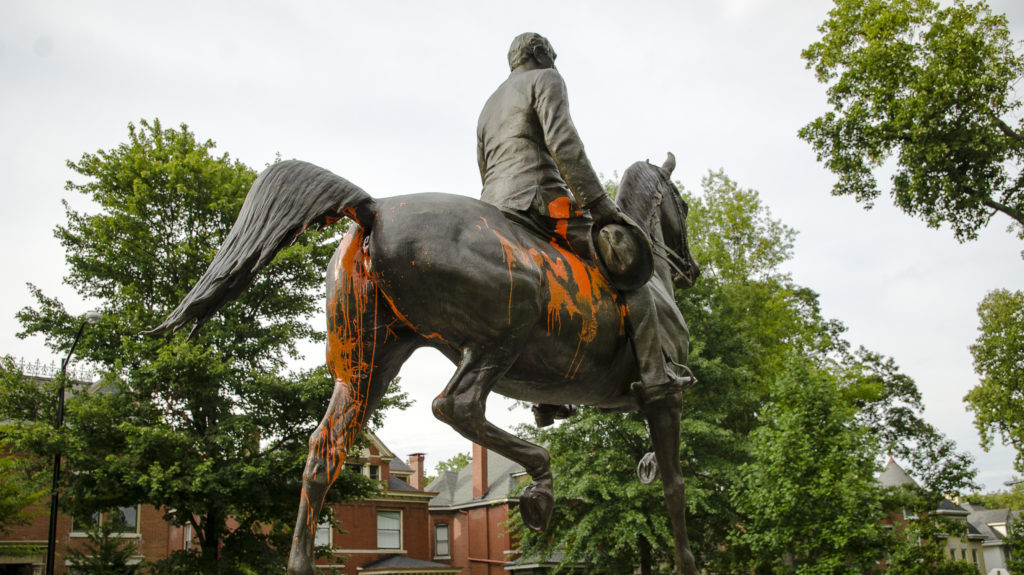 Some five months after Mayor Greg Fischer announced the statue of Confederate John B. Castleman would be moved, his office said Thursday another public hearing is needed to see if that will happen — ever.

The Cherokee Triangle Architectural Review Committee must issue a certificate for the statue to be moved, according to a statement from the Mayor’s Office. And, as part of that process, a public meeting has been tentatively set for Jan. 23.

“Any exterior feature or structure that is being modified in a Local Landmark District, like the Cherokee Triangle Preservation District, is required to have a Certificate of Appropriateness,” according to the statement.

This comes on top of several public hearings on existing and future public art that produced a report that then lead to Fischer’s announcement in August.

And now, another public hearing…

It is possible that The Cherokee Triangle Architectural Review Committee will decide it does not want the statue moved.

Meanwhile, the Mayor’s Office “is still in discussions” to move the Castleman statue to Cave Hill Cemetery, where his family is buried. Cave Hill rejected a request to take in the statue of anti-immigrant publisher George D. Prentice, which was behind the main branch of the Louisville Free Public Library. That statue is now in city storage.