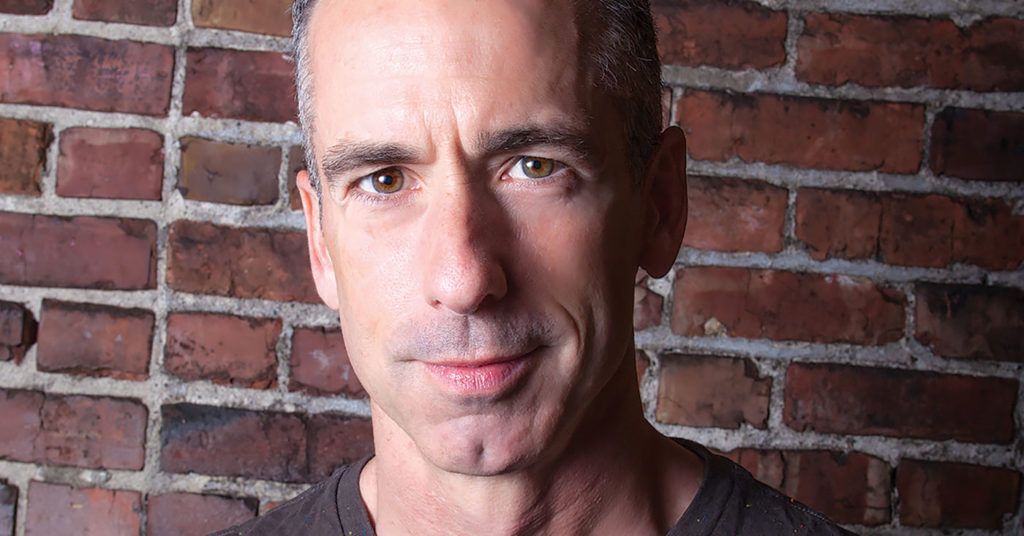 Q: Straight and married but not boring, and heading to my parents’ house for our first family Christmas since my asshole MAGA brother “stumbled over” the Tumblr blog where the wife and I posted about our sexual adventures. (Pics of MMF threesomes and cross-dressing/pegging sessions, plus some dirty “true enough” stories.) My brother has always been an angry screwup, so he leapt on the chance to make me look bad by sending the link to my parents, siblings, and even some close family friends. Our Tumblr blog is still up because we aren’t ashamed. Any advice?

A: Your Tumblr blog isn’t going to be up for much longer, TUMBLR, as the company that owns Tumblr—Verizon—is ashamed of your blog and the millions of others like it. Tumblr announced last week that all “adult” content is banned as of December 17. And the definition of “adult content” is pretty broad: “photos, videos, and GIFs of human genitalia, female-presenting nipples, and any media involving sex acts, including illustrations,” although they will allow genitals and those wicked “female-presenting nipples” in images of classical art. (No contemporary junk or lady nips allowed.)

This is not just a blow to people who use Tumblr for porn—and that’s most people who use Tumblr—but also to the sex work community. Sex workers had already been driven off most other online platforms by anti-sex-work crusaders, and now sex workers are being driven off Tumblr as well. Forcing sex workers off the internet won’t end sex work, the stated goal of anti-sex-work crusaders, but it will make sex work more dangerous—which tells us everything we need to know about the motives of anti-sex-work crusaders. While they claim to oppose sex work because it’s dangerous, they push policies that make sex work more dangerous. Sex workers weren’t just advertising online, they were organizing—in addition to honing and making the political argument for decriminalizing sex work, they were screening potential clients and sharing information with each other about dangerous clients. Just like anti-choice/anti-abortion crusaders, anti-sex-work crusaders don’t want to “protect” women; they want to punish women for making choices they disapprove of. (As a general rule: If what you’re doing makes people less safe, you don’t get to claim you’re trying to protect anyone—it’s like claiming you only set houses on fire to drive home the importance of smoke alarms.)

Anyway, fuck your sex-shaming/smut-shaming brother, TUMBLR. As for the rest of your family, you and the wife should slap smiles on your faces and act like you’ve done nothing wrong—because you haven’t done anything wrong. Your asshole brother is the bad guy, and any family members who wish to discuss how offended they were by your Tumblr blog should be directed to speak with your brother, as he’s the one who showed it to them.

Q: How can I explain to my sisters that although I am a free sexual woman, I still prefer men as sexual partners? My sisters are both involved with women and they cannot understand how, with all the awful sexual inequality in the world, I can still be primarily attracted to men. Sometimes I even imagine my sexuality as a gay man’s sexuality in a woman’s body, and I try to explain it to them in this way. I’m not a secret right-winger or someone kidding around by asking this question. This is a real issue.

-—Give It To Me Straight

P.S. I have a straight male friend who says he’s a lesbian trapped in a man’s body. What do you think of this?

A: People don’t choose to be straight—some poor motherfuckers are born that way—any more than hetero-romantic bisexuals choose to be hetero-romantic bisexuals. You can’t help who you’re attracted to, GITMS, primarily or otherwise, and the contempt of family members can’t change a person’s sexual or romantic orientation. Your sisters should understand that, since they most likely wouldn’t be with women if the contempt of family members had that kind of power.

As for describing yourself as a gay man trapped in a woman’s body and your straight male friend describing himself as a lesbian trapped in a man’s body… Unless the two of you are trans—in which case, you could be homos trapped in the wrong bodies—your friend is just another straight guy mortified by the mess straight people (mostly white, mostly men) have made of the world. You’re also mortified by straightness, GITMS, or at least the sexual inequality that often comes bundled with it. But instead of your straight male friend opting out of heterosexuality (which he can’t do) or you framing your attraction to men as a gay thing to get your sisters off your back (which you shouldn’t have to do), your friend should identify as straight (because he is) and you should identify as someone who doesn’t give a shit what her sisters think (because you shouldn’t).

If good straight guys and “free sexual women” in opposite-sex relationships don’t identify with heterosexuality and/or hetero-romantic orientations, GITMS, all the shitty straight people will conclude that they get to define heterosexuality (which they don’t).

Q: I’m a gay man in my mid 20s, and I’m getting more serious with a guy I met a few months ago. I was surprised to eventually learn that “Michael” is in his late 30s, since he easily passes for my age. I’m comfortable with the age gap, but I’m struggling with how to present this to my parents. Religious and conservative, they were cordial but distant with the last guy I dated (who was my age). I’m afraid the age gap with my new boyfriend will create even more discomfort for them and that Michael will sense it when he comes along to visit for the holidays. I’m considering lying to my parents if Michael’s age comes up. I’ve challenged my parents’ attitudes for many years—but at this point, I’m willing to trade honesty for the chance to be treated even a little bit more like a “normal couple” at Christmas. Is it selfish to ask Michael for permission to lie about his age? I’m nervous to even share my feelings with him, for fear it will give the impression I’m embarrassed by him.

A: Tell one lie to make your relationship seem more acceptable to your parents, and you’ll be tempted to tell them more lies—and I don’t know about you, AGEGAP, but not having to lie to mommy and daddy anymore was one of the reasons I came out of the closet. And if you want your parents to be comfortable with Michael, if you don’t want them to think there’s anything wrong with their son dating an older man, deceiving your parents about Michael’s age is a terrible first move. That says you think there’s something wrong it—and you won’t just be saying that to your parents, AGEGAP, you’ll be saying it to Michael as well.

And let’s say things work out with Michael. The lie you told that first Christmas will only serve to make things more awkward after you finally tell them the truth about your boyfriend’s age. And if your parents are like other mildly or wildly homophobic parents, i.e., if they’re inclined to regard the man who sodomizes their son as a negative influence in his life, they may not believe the lie was your idea. They’ll think this creepily youthful older man—this man who showed up in their home wearing a suit made out of the skins of younger gay men—encouraged their son to lie to them so they wouldn’t object to the relationship in the early stages, when their objections might have had the ability to derail it.

Finally, AGEGAP, if your older boyfriend is concerned you may be too immature for him—not all young people are immature and not all immature people are young, but this shit does correlate—telling him you’re still in the lie-to-mommy-and-daddy stage might prompt him to end this relationship. •