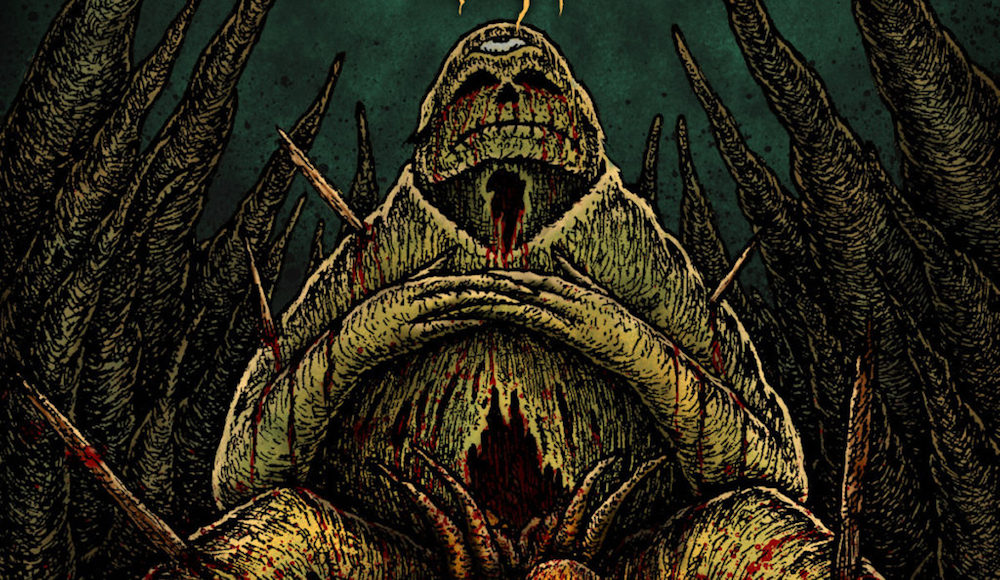 Future Killer — “science/magic”
Paralleling Arthur C. Clarke’s theory that “any sufficiently advanced technology is indistinguishable from magic,” Future Killer blurs those lines with elaborate electronics and post-productions tricks on this aptly-titled song. The groove is dense with bass and guitar work with what sounds like a vibraphone twinkling in the background, while the singer delivers a heavily-processed vocal take. It’s easy to imagine that this is the future of music, complex but easily digestible by way of a solid rhythm, but magical in its production. The vocals are ethereal, and the music is heavy but not overbearing, all making for a rich and enjoyable song.

LODlabs — “Her Ecstasy”
With “Her Ecstasy,” LODlabs manage a sensual vaporwave-influenced hip-hop track. The vocals are simultaneously seductive and electronic, like a feverish “Blade Runner” fantasy brought to life. As such, there is a cyborg pastiche that blends elements of calypso with funk, electronica and rap production. Flutes and bird chirps lighten the whole affair, lending a relaxed and refreshening vibe to the track. It’s hard to pin down any one reference musically, as LODlabs pulls from such a wide variety of styles and genres equally. The vocals recall Sade at times, and The Weeknd at other times, although chopped and screwed in both cases.

The Turtlenecks — “Snowblind”
A surprise holiday treat from the minds behind Dry Summers, Cereal Glyphs and Soft Self Portraits, The Turtlenecks are twee indie at its best. There is an earnestness to the music that is infectious, backed by strong pop hooks. Synths buzz and bounce like “Simply Having A Wonderful Christmas Time” filtered through Built to Spill. Sung by Daniel Tilford and Chelsea Flint, the track has a wonderful chemistry that makes you feel warm inside, the milk and cookies of music. If you’re looking for a nontraditional holiday track, this is the perfect song, a love song that celebrates the season by focusing on togetherness.

Scary Black — “Drown”
Go into “Drown” by Scary Black knowing that you can and should listen to this only at night or on overcast days. Know that you might turn into a vampire or some forlorn creature of the darkness. This track should contain a warning that you might have a compulsion to buy black leather, or experience an urge to wear shades at night. As such, this is great gothic music — Bauhaus by way of Type O Negative, favoring guitar and synth in equal measure. Using electronic drums and singing in an affected baroque, there is a patois previously reserved for gloomy ’80s teens and young adults dealing with the potential scenarios surrounding the Cold War. Scary Black continues the revitalization of  that unique strain of creeping melancholy with a flair for the darkly dramatic. If you’re looking for something decidedly less saccharine this season, this has you covered.

Fecal Injection — “Return to Violence”
The guitars are monolithic and the drums a thunderous force, with a cacophonous vocal chorus that seems ripped from the depths of hell. In fact, I’m uncertain what the vocals are in this case, whether they are a guttural screech or some synthetic trick, but they work well in the context of the music. You imagine some demonic druid issuing a dark command, summoning some elder god from its horrible slumber to reign terror on the unsuspecting. Put this on to work out your own demons, to drown out the sounds of the world around you while you bath in this heavy glory.

Combs — “Blockhead”
Chopping samples from Vince Guaraldi’s eternally joyful Charlie Brown Christmas album is the starting point for “Blockhead” by Combs. The production skews heavily toward jazz with a beat that will lock into your head. The young emcee waxes poetic about the state of his world, his delivery and voice reminiscent of Kanye at the top of his game, although far less unhinged. This is a solid track that circles around the Christmas season, serving like a year-end review and touching on a number of subjects throughout. The promise of a full length is referenced at one point, which, based on this track, is something to look forward to.