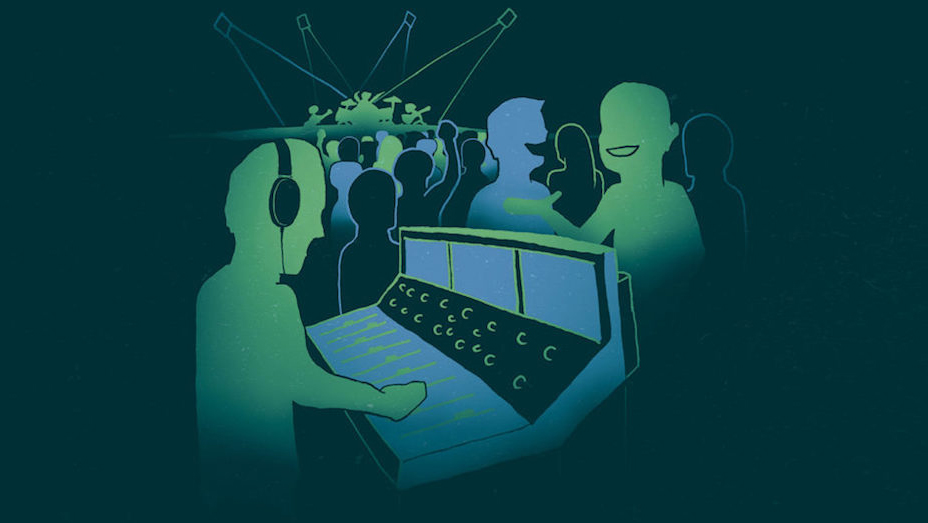 For 11 years, I had my hands in several aspects of concert promotion, working at standing-room venues that hold from 100 to 400 people, all of which booked local and touring acts. And, after each show, I listened closely to the comments and complaints of everybody involved: the band, the venue employees and the fans who attended. There are five things that I want every music lover in Louisville to know, because we in Louisville currently have one of the best music scenes in America, but we can always improve.

I always see it in slow motion and cringe. It starts with someone hovering next to the soundboard and making a confused/upset face like the world is ending. Under no circumstances should you ever talk to the person running sound during the concert, especially if it’s to give them a note on how the sound can be better. Most venues load the bands in hours before a single concertgoer arrives. During this time, bands work with the sound person to get everything to their specifications. If a guitar seems low to you, maybe the band asked for it to be that way during the sound check. If there is something wrong with the sound — if an instrument isn’t coming through, a mic comes unplugged, etc. — the sound person is paid to be attentive and fix the problem. If they don’t, the band has monitors on stage and will definitely alert the sound person to fix the problem.

Every person reading this is thinking the same thing: “I don’t talk at concerts.” While most people understand that talking during live music is rude, I’m constantly surprised that it’s the biggest problem in the Louisville music scene, and almost every music scene in America. I’ve had 11 years to think what would cause a person to think it’s OK to shout over a band to talk to their friends, or why they’re even at the music venue in the first place. The only conclusion I can come to is that the person talking at the show doesn’t know they’re doing anything wrong. The most common experience is two friends who haven’t seen each other in awhile running into each other at the venue. They then proceed to elevate their voices because they’re competing with amplified sound. The band always knows. Time after time, post-show, bands not only would comment on what a talkative crowd it was, but they would be able to describe the main culprits. I specifically remember a louder rock band mentioning the amount of talking during the set, which made me realize that this isn’t just a problem for acoustic and quieter acts. And ruining the band’s experience by talking is only half the issue. When you talk at a concert, you are potentially ruining another paying customers’ experience, and they have no control in stopping you from doing so. Usually, the biggest audience complaint is conveniently the same one the band’s list: People were talking too much. Most venues have smoking sections, side bars and other places if you want to catch up at a concert. When in the crowd, a quick note to your friend about how great the show is should be placed in between songs. It’s not hard, but it comes up so often. If the performer is playing music or talking, you shouldn’t be.

It’s the day of the concert, and you’re 50/50 on going. It was a long day at work, the friend who was supposed to go with you dropped out, and now it’s snowing. There are many reasons to decide not to go to a show at the last minute and stay home, and that’s completely understandable. There is one instance where you have to block out every excuse possible: the local album release show. Local release shows are the biggest night for that band/artist and often determine everything that follows for their career in music. Recording and packaging cost money, and the overwhelming majority of album sales for a local band usually happens at their release show. I’ve seen local bands recoup the entire cost of an album in one night through ticket and merchandise sales. Beyond the money, the biggest crowds for bands are most often in their hometown. Low turnouts to local album release shows can be deflating to the confidence of a band/artist, but when Louisville shows up, it can propel a band forward. Instead of ending the night in debt with boxes of albums and shirts that will overload a practice space or van, a large wave of support can help a band thrive. Champion local bands, because the health of Louisville’s music scene is only as strong as the support we give.

There are other ways to support the band.

You’re already helping the band by purchasing a ticket, but there are several other ways to make a positive impact. The most obvious is, if you like the show, buy some merch. If you’re seeing a band at a smaller, independent venue, there is a good chance that the band onstage is barley scrapping by, or losing money on the road. Knowing this, here are a few ways to help a band, without spending a cent.

Promote the show on your socials. With Facebook, Instagram, Twitter and all the other arms of social media, we’re all connected better than ever before, which means everybody can be a promoter. If one of your favorite bands is coming to town, invite some of your friends to the Facebook event, post something about the show on Instagram and tag the band in those posts, so even if none of your friends or followers go to the show, maybe the band gets a new fan. With social media, the possibilities of raising awareness to an event or a band is endless. And it only takes a few minutes.

Stand up front. If you attend a concert that doesn’t have the greatest turnout, standing up front can cut the awkwardness of the empty room. It’s a simple way to show the band that you’re not fazed by the low turnout, and they shouldn’t be either. I’ve seen the entire energy of a show change when a small crowd of 10 to 20 fans all moved from being scattered to the front of the stage. All from the simple act of taking 10 steps forward.

Show up for opening acts. These are the bands playing for the least amount of money. Sometimes, they are playing for free in exchange for a chance to win over new fans. They need the support — plus, it gives you, the concertgoer, a shot at one of the most exciting aspects of music: discovery. Only a handful of bands have gone directly to arenas, festivals or large concert halls. The majority of big bands cut their teeth touring small, independent venues. If you show up for enough opening acts, there’s a good chance you’ll find someone exciting at the early stages of their career. You can say you were there from the start and you can be proud, because early on, every ticket and merchandise sale keeps the band alive.

Tell the band you liked them. For a lot of bands/artists, just simply going up to them after the show and saying, “That was great, thanks,” means more than anything to them. The majority of bands are very self-aware and know the odds are stacked against them to “make it” in the music industry. Touring isn’t all the romantic road trip that movies would like you to believe. It’s a lot of driving. A lot of waiting. A lot of carrying heavy equipment around. A lot of headaches. All for a little money. So, why do so many people do it? For that one small honest moment where their art resonated with someone else out there in the world.

The battle against apathy.

The biggest eye-opener I had in the last year was a veteran touring musician saying the following after a show: “Concerts have changed. You used to go city to city, and you would compete against the other shows in town. Today, bands are competing against apathy. Our band’s biggest competition is Netflix and home food delivery.” Every time you pay to see a concert, you’re a patron of the arts. Remind yourself that the purchase to see live music supports the careers and dreams of the artists on stage, the venue that regularly hosts concerts and the paycheck of all the employees who work there. I’ve had bands talk about how Louisville was their favorite stop on the tour even though the turnout was light, all because the crowd was attentive and simply there supporting them. Every ticket sold matters. Louisville has a wealth of amazing local bands and live music venues. A local music scene will only be as great as the crowds that support it. Louisville has one of the best in America, let’s make sure we take good care of it. •