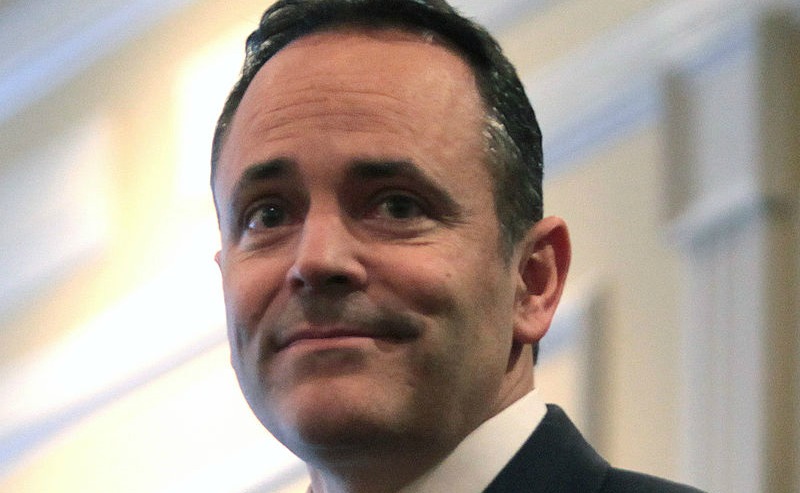 [Ed. note: This piece was written before the legislature rebuked the governor by adjourning the special session some 24 hours in, saying the issue was too complicated and would be reconsidered during the regular session.]

It isn’t because the pension problem or the state’s finances will get demonstrably worse between Monday and when the regular legislative session is gaveled in next month.

In an announcement Bevin made on Facebook and to the Frankfort press corps, he claimed Kentucky’s credit rating was in peril… but just days before the next session convenes?

“We stand at the threshold of financial failure. That is not acceptable,” he said during a hastily called news conference. “The next generation is depending on the legislators of today to take swift, decisive action that will place Kentucky on solid financial footing. Time is not our ally.”

Time is not his ally, is what he means.

The real reason he is calling a special session is that once the new General Assembly is sworn in, he may not have the votes to pass the same reform bill Republicans passed last year, which was recently ruled unconstitutional.

However, House Republicans passed the bill by only three votes, without any Democratic votes: 49-46, with 11 Republicans voting against the bill. Since then, there has been an election, in which Democrats gained a net of three seats.

Following the court rulings, the margin of votes needed for passing spending bills remains unsettled, so maybe Bevin is further than three votes behind anyway.

This is a cynical maneuver by Gov. Bevin to (once again) jam through legislation that he otherwise couldn’t pass under regular order. It also feels a lot like the demonstrably undemocratic moves by Republicans in other states, such as Michigan and Wisconsin, where the ousted-GOP is rushing to limit the abilities of the forthcoming Democratic majorities to govern once sworn in.

Bevin and the Republicans don’t seem to have heard the message: You need to do this the right way, in accordance with all of the transparency required by the Constitution. The state Supreme Court ruled unanimously — despite Bevin’s protests — that the last bill was passed improperly when the Republicans rushed it through the legislature in the final days of the legislative session, as an amendment to what had been a sewer bill.

Two bills were already filed by Tuesday, as if the Republicans had been planning this charade for weeks.

The Lexington Herald-Leader reported that lawmakers, who weren’t given advanced notice of this special session, arrived at the Capitol on Monday night without having seen the new legislation. The Senate even had to hold open its roll call vote until a quorum was present.

Perhaps another cynical calculation by Bevin is that by holding the special session right before holiday break, teachers would be less likely to call in sick as a protest. But once school lets out, they will have plenty of time to protest at the Capitol, as if he and Republicans would care.

Immediately after the announcement Monday, the criticism began.

“That Governor Bevin would call a Special Session just a few weeks before the 2019 General Assembly convenes is an unbelievable waste of taxpayer resources. Governor Bevin’s political stunt—which will cost taxpayers hundreds of thousands of dollars—is a slap in the face to hardworking Kentuckians,” Kentucky Democratic Party Chairman Ben Self said in a statement.

State House Democratic Leader Rocky Adkins, also mounting a run for governor in 2019, bemoaned Bevin’s surprise call for a special session. “Neither I nor any member of the House Democratic Caucus was consulted or even given a courtesy call that this was happening, and many of our members are unable to make it tonight,” he said in a statement. “This is nothing more than a continued mockery of the legislative process and an attempt to silence the public. This is a sad day for the people of Kentucky.”

Even the former House speaker, Jeff Hoover, who lost his leadership role amid sexual harassment allegations (which he denied), lashed out in a Lexington Herald-Leader story: “This is typical Matt Bevin. He acts like a spoiled middle school kid who did not get his way,” Hoover said.