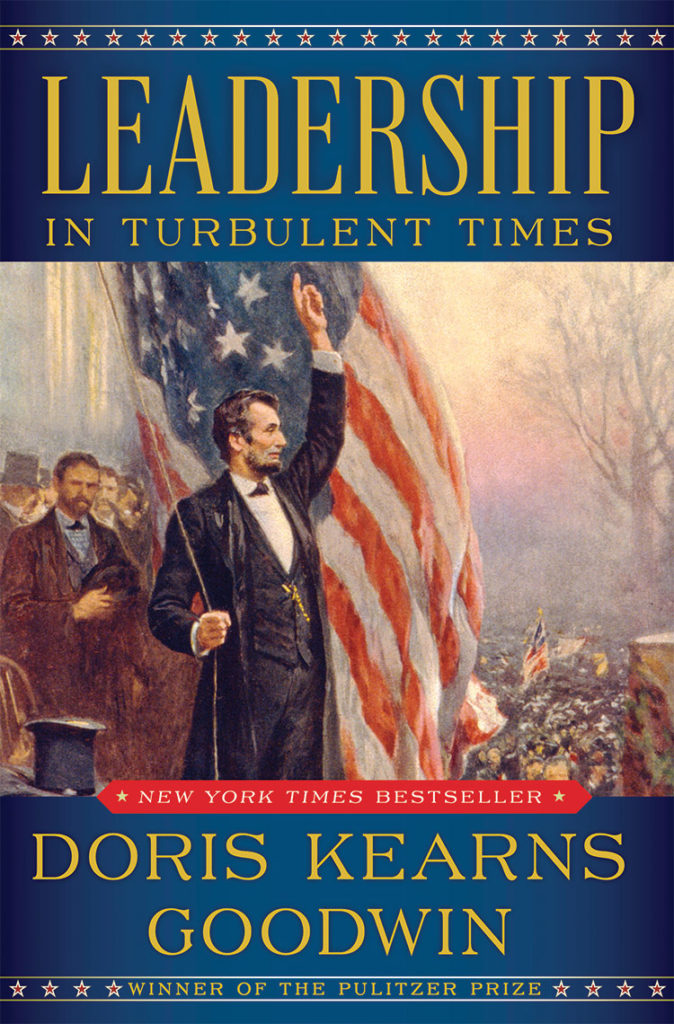 Sometimes timing is everything. Presidential historian Doris Kearns Goodwin said as much in a telephone discussion with LEO about her new book “Leadership in Turbulent Times.” This volume has been in the works for several years and yet the timing of its publication seems almost preordained. Right now, America could use an authoritatively focused look at how holders of the office of U.S. president can rise above.

Goodwin develops four case histories (Lincoln, both Roosevelts and LBJ — two from each party) with early signs of leadership, through its nurturing and testing in the face of demanding emotional and psychological tests. The nation benefited greatly — perhaps even stayed afloat — because these men had this “elusive” trait. Yet, Goodwin also points in the book toward the citizenry that listened to these men, elected them and worked with them as she said, “Leadership is a two-way street.”

The UofL Kentucky Author Forum’s 7 p.m. event featuring Goodwin is sold out. Overflow seats for $10 will be in the North Lobby, where Goodwin will visit after her interview. Tickets for dinner are also available. For more information call: 584-7777.

LEO: Is the American populace compensating for President Trump’s leadership shortcomings?
Doris Kearns Goodwin: This last midterm election, with people standing on long lines to vote in much larger numbers than in the last midterm; and new people — teachers, doctors, more women than ever before — running for office, [showed] an awakened citizenry.

In the history of the country, all the changes have taken place when you’ve got a citizenry that’s aroused and a leader willing to channel that emotion. As Lincoln said, ‘Don’t call me the liberator — it’s the anti-slavery movement that did it all.’ The progressive movement was central for both Roosevelts. The civil rights movement, clearly, for LBJ.

It may be that what the citizens are doing is saying that the political system needs reform. There are things on the ballots now like nonpartisan drawing of congressional districts and a drive in a bunch of states for a constitutional amendment to overturn Citizens United.

There’s no one definition for leadership — but I guess mine is the capacity to mobilize people to join together for a common cause for a greater good. In that sense, you have to concede that Trump was able to make a lot of people in the country feel that he was on their side, giving voice to their concerns, their anxieties — maybe even their hopes. And yet, is that something that’s making the country a better place? James MacGregor Burns argues that leadership has an ethical dimension to it. People like Hitler and Stalin were power holders — but they weren’t necessarily leaders.

Which of ‘your guys’ would be able to adapt to today’s politics?
I think if somebody had to come back today to challenge President Trump, Teddy would be the best. People would be like little kids following a circus: you can’t keep your eyes off him once he’s in town — which has been true of President Trump. [Theodore Roosevelt] had these short sayings that fit the turn of the 20th century when the national newspapers came in: ‘Walk softly but carry a big stick’ or ‘Don’t hit till you have to.’ He even gave Maxwell House coffee the slogan, ‘Good to the very last drop.’ He could, on a dime, come out with one of these pithy statements. I think he would be the easiest one to be on Twitter today. He had that quick mind and that facility with language that was hard-hitting.

He loved being in the center of attention — but he fought for a square deal, rather than a deal where only one side wins. So it was the rich and the poor, the wage-worker and the capitalist. He went around on his train going to states that had not supported him, as well as states that had. His main argument was that he worried that the rock of democracy would break if people in different regions and parties thought of themselves as ‘the other.’ The very thing that’s happening today. He would go around the country, almost preaching — about common citizen duties and obligations. Making people in the West and East and the North and South, feel part of the same country. All eyes were on him. The entertainment part of our presidency today — which Trump has capitalized on — [Roosevelt] would be perfectly suited for.

Do you feel the nature of the presidency is going to change? This seemed to be in the wind before the current administration, for example with Obama’s judicial appointments and the one-sided vote that passed Obamacare.
The highly partisan nature of the country — it certainly wasn’t there in the ‘60s or ‘70s and the ‘80s. A lot of congressmen in those days would’ve been in World War II or the Korean War together. Veterans bring a certain ability to look across party lines for a common purpose because they’ve been in such missions. Also, the whole nature of Congress was different. You didn’t travel home as easily. You stayed in Washington. They played poker together, they saw each other as people — and they weren’t punished for bipartisanship, as they might be today. Everett Dirksen becomes a hero for bringing the Republicans along to break the Southern filibuster on civil rights — even within his party, not only in the country. So, there’s no question that bipartisanship has diminished exponentially. And that’s why there’s a little bit of hope with so many of these new people coming in. It’s like we’ve been in war in Washington so long that it’s hard to imagine what peace might be like.