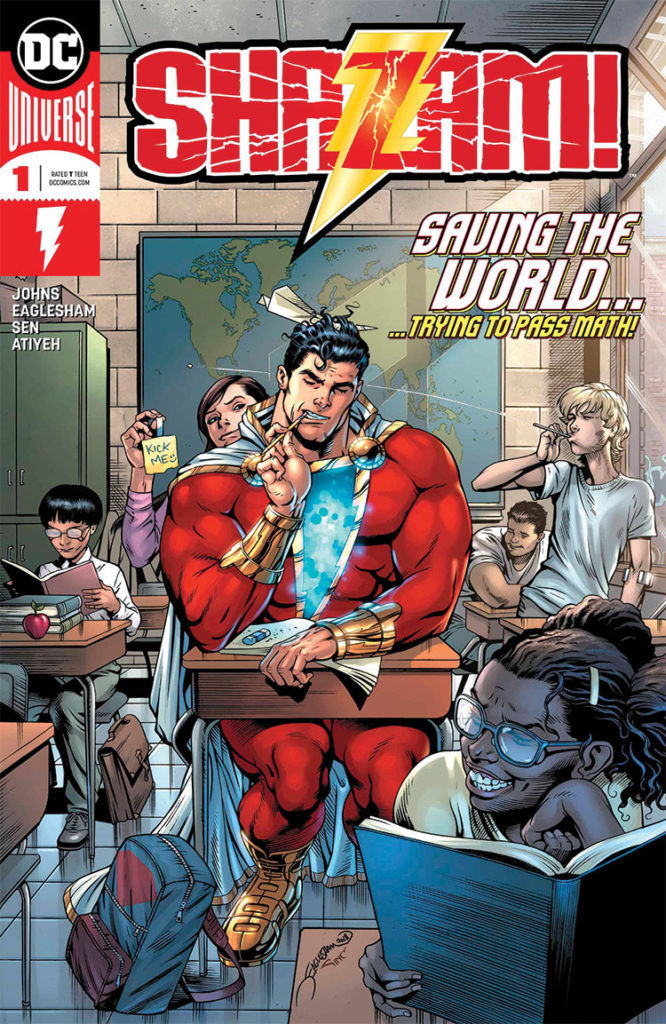 “Shazam!” No.1 feels like something for which we’ve been waiting an eternity. The stage was set by Geoff Johns from March 2012 through June 2013 in a series of backup stories during his run on Justice League and, while Shazam eventually joined the League, his solo series never came to be.

We open with a quick and succinct recap of the Billy Batson/Shazam origin, but, to keep it brief, I’ll say this: The dying wizard Shazam passed on his powers to young, teenage foster child Billy. It’s a short recap that won’t be redundant to returning readers but also won’t confuse new ones — an important balance to master.

Johns makes his return to the pages as glorious as possible, clearly harboring a lot of love for the character and showing it on every page. He highlights what works best for the character: super heroics that are more lighthearted and also a feel a little old fashioned in the best way. Dale Eaglesham is a natural fit to pull art duties for the book. Every page is packed with detail, and he’s a master of expressions. One page that stands out is when Billy transforms to fight a group of armed robbers, the playful look on his face as he taunts them while everyone around him looks stunned.

“Shazam!” No. 1 was more than worth the wait and is incredibly reader friendly for both new and longtime fans alike. “Shazam!” No. 2 will be out at the end of January! 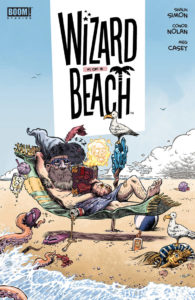 If you’ve ever been curious about what it would be like to have The Dude as a character in “Adventure Time,” then boy do I have the book for you!

Shaun Simon and Conor Nolan have come together to give us a wacky, magical adventure about a young man who just wants to do good for the land he loves. Hexley Daggert Ragbottom is on a mission, as he sets out to find his Uncle Salazar, a powerful wizard who abandoned the wizard world for the human world. Hexley’s home has turned to darkness, and his Uncle is the only one with the power to help it.

The world of “Wizard Beach” is a colorful combination of the magical and the modern. History and backstory are passively revealed to us through snapshot illustrations. There’s a cast of nutty characters and wacky monsters, all of which emphasize the cultural conflict between the wizard and human worlds.

Will Uncle Salazar be too chill? Or just chill enough? Find out in this five-part mini-series!