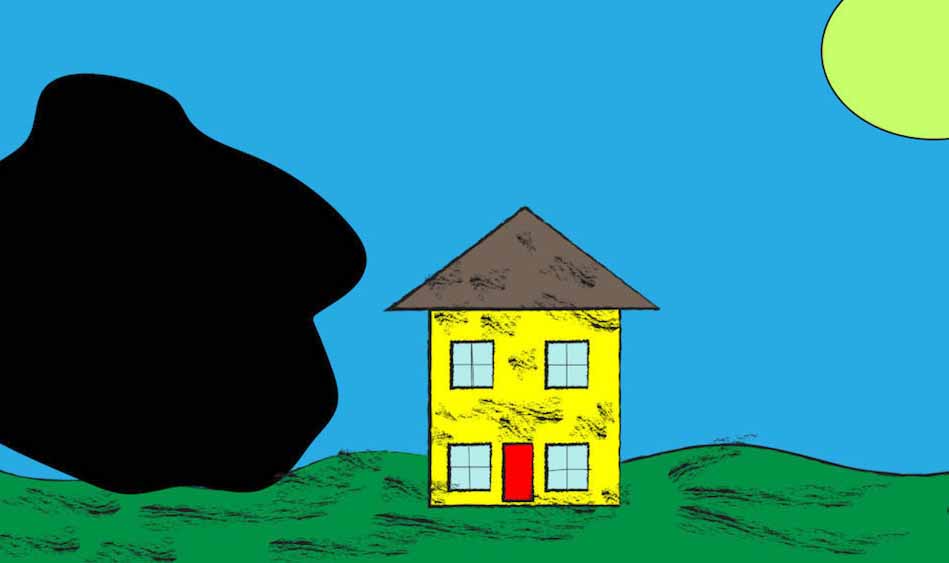 But LG&E and KU, the plant’s owner, didn’t take responsibility, claiming instead that the study was lacking.

They had a point.

In the study, health impacts were reported by parents and not backed by medical analysis, said Chris Whelan, the utility’s vice president of communications and corporate responsibility. There was no analysis of whether participants had been exposed to any coal ash, the byproducts of coal combustion, she said.

Kristina Zierold, the former UofL professor who led the coal ash study, said it was a pilot study and admitted it had deficiencies.

Her new study should fix them.

The new study should include everything the utility said her last one lacked. In addition to measuring exposure and deferring to medical evaluations, it will cover a wider area of Louisville and focus on one set of symptoms in particular that guardians living near Cane Rune have complained of: disruptions to their child’s behavior, such as attention-deficit hyperactivity disorder, anxiety and depression.

Little’s granddaughter, Bryanna, 15, has anxiety, nosebleeds, migraines and upper-respiratory issues, and those aren’t all of her ailments. She’s lived with Little, right across the street from the former Cane Run coal plant, since she was 18 months old.

“My grandchild has her whole life to live,” said Little. “She’s extremely intelligent. You know, will this, somewhere in the future, will it do something to prevent her from living a full, happy life?”

Little has lived in her home since the ‘70s, but she didn’t worry about its location next to the Cane Run plant until 2010 or 2011.

She was driving home from work when she saw it: A massive plume of black ash. From then on, it happened often: The coal ash would coat homes and cars. “It looked like ground zero,” she said.

Little was unable to leave her neighborhood, forced to stay for financial reasons. But she wasn’t just concerned about property damage. She mostly worried about how the ash was affecting her granddaughter.

If it’s everywhere, she asked herself, isn’t it in Breanna’s lungs, too?

Little and other neighbors are part of a class action lawsuit against LG&E, but not over health claims. They are seeking compensation for cleaning up the dust.

LG&E was fined repeatedly by the Louisville Air Pollution Control District from 2011 to 2015 for violations related to the release of fly ash from its property, as well as the emission of pungent sulfur odors, according to the lawsuit. The utility ended up paying $128,250 in penalties under four settlements, Whelan said. But the company claims there’s no evidence that its operations exceeded health-based standards.

In 2015, the company shut down its Cane Run coal operations. The ash is contained in a dry storage landfill and an ash pond, both capped and covered with grass, according to Whelan.

Little claims that ash still escapes from the landfill.

Zierold believes that neighborhood exposure to ash has decreased, but that doesn’t mean it’s stopped completely.

The health impact of coal ash on children is a new area of research, said Zierold, now an associate professor at the University of Alabama.

Coal ash can contain arsenic, lead and mercury, according to Zierold’s previous studies. Employees of a company in Tennessee that helped clean up coal ash after the country’s worst spill in 2008 won a lawsuit recently that held their employer accountable for failing to protect them. Of those employees, more than 250 are sick and dying, while 30 have already perished from lung disease, cancer and other ailments that they believe were caused by the coal ash, according to reporting by the Knoxville News Sentinel and Tennessee’s USA Today Network.

Exposure to coal ash’s “fugitive dust” can occur through inhalation and touch. Ash can also seep into well water.

It was a Louisville student with an interest in the environment who first proposed studying the effects of coal ash on the neighborhoods surrounding the Cane Run plant.

The first study found that the children in those neighborhoods were almost six times more likely to experience gastrointestinal problems and three and a half times more likely to have ADHD than their peers. They experienced problems with sleep, allergies, leg cramps, learning difficulties and other emotional and behavioral disorders at higher rates, too.

UofL studied 111 children who lived near the plant, comparing them to 50 kids who didn’t.

While revelatory, Zierold’s study was never meant to stand on its own.

UofL’s new study, under way since 2015, has included placing air pollution sampling equipment in participants’ homes. Researchers also are collecting children’s finger and toenails to detect the presence of metals, and they’re requiring validated behavioral questionnaires in lieu of self-reporting.

The study area has increased, too. Researchers are now focusing on 12 zip codes, 10 miles from both the Cane Run plant and a second one, Louisville’s Mill Creek Generating Station, which still uses coal.

Said Whelan, “We haven’t seen the specifics or parameters of any new study, and reserve the right to review both the methodology and its findings once we have the opportunity to do so.”

Little is depending on more families signing up. She doesn’t want companies to get away with exposing people to toxic materials. “Coal ash in itself is dirty,” she said. “It’s filthy. But it’s also full of metals and things that can cause death to individuals. And when it’s blowing around you and blowing in your face and circulating in your house, that’s wrong. You don’t do that to people.” •