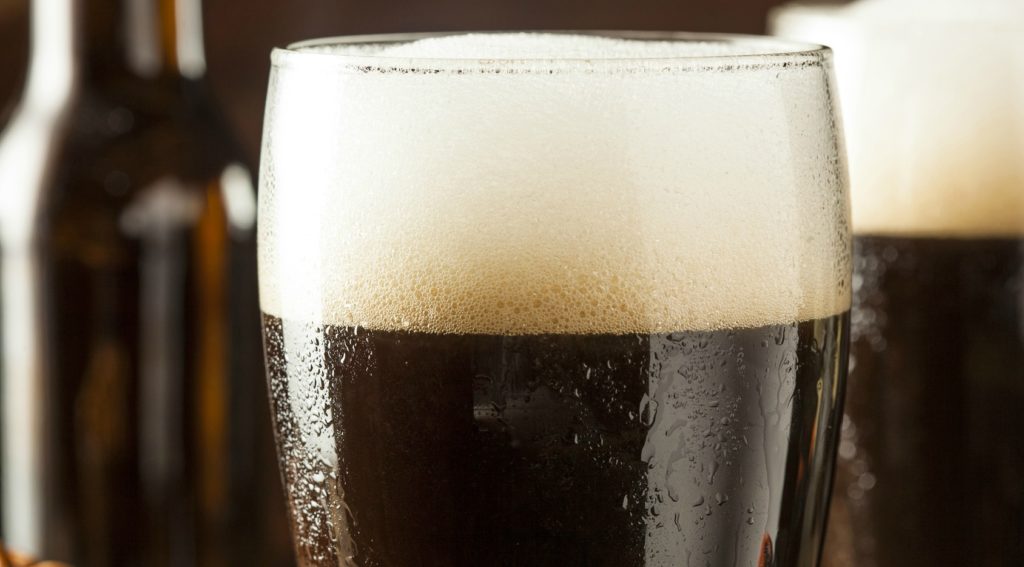 Holiday beers are often spiced with adjuncts meant to dazzle your senses, the glow from cinnamon or the comfort of nutmeg, and the Louisville and Southern Indiana microbreweries carry on that tradition. The holidays can be an intense time of year, whether that’s because of having to organize family functions or having to find the best gift for that special someone. Our Christmas beer roundup is here to help you celebrate in whatever way you need.

Bluegrass Brewing Co.
Ebenezer
The Ebenezer sports strong Christmas flavors, like a remarkable ginger cookie. At 6.8 percent ABV, this is a bit more on the heavy side, a lighter, maltier colored beer. The head features light foam cap, with a golden brown body. Packed with with ginger, orange zest, cinnamon and nutmeg, the Ebenezer has a subtle flavor palate that pays off with repeat visits.

Flat 12 Bierwerks Jeffersonville
Glazed Ham Porter
Don’t be put off by the name here, as the Glazed Ham Porter’s name suggests a different taste than what you’ll get. You can catch smoky, spiced notes at the head better indicative of the flavor bed, a rich and hearty blend of malts and cinnamon. While, at first, this doesn’t seem like a traditional holiday ale, the notes of nutmeg and ginger tell a different story — a comforting dinner-time treat. At 4.8 percent ABV, this is never overwhelming.

Floyd County Brewery
Little Full, Lotta Sap
A spiced brown ale, the Little Full, Lotta Sap is a winter warmer with a lot of heart. The joke at the core of the name is from “Christmas Vacation.” There is a walnut body and a light foam ring that makes for a handsome pour, with a spiced-nose at the head. There are elements of cinnamon, nutmeg and the faintest hint of maple, all balanced well. There is a lot of pop on the front end, matched by a juicy, spiced finish. Clocking in at 8.6 percent ABV, this will help you ease out of your holiday stress.

Holsopple Brewing
Leon
A bourbon-barrel-aged spiced winter ale, the Leon has an amber body with a soft foam head, as well as a delightfully-fruited nose with notes of fig and plum. The flavor bed is an inviting vanilla and cinnamon palate that warms you. This is a sweet brew that is not cloying and incredibly easy to drink. At 11.7 percent ABV, this will warm your soul.

Monnik Beer Co.
Noël
A Belgian triple, the Noël is heavy, with a 10 percent ABV. As such, the Christmas cheer will absolutely hit you by the bottom of the glass, so make sure you have a ride home. Lavender and ginger are the adjuncts, which add to an already-smooth body for a spiced punch. This is a crisp drink that will knock the chill out of the air.

New Albanian Brewing Co. Pizzeria & Public House
Naughty Claus
At a stiff 8 percent, the Naughty Claus is capable of insulating you from the drama at your family gatherings. There is a distinct spice presence, a slight hint of cinnamon offset by the bright notes of nutmeg. The spices and brown ale body balance wonderfully.

Old Louisville Brewery
Christmas Cookies Ale
You can detect notes of ginger and nuts the greet you upon drinking a Christmas Cookies Ale, recalling fresh baked goods. Unlike so many stouts, the CCA is mellow, never overstaying its welcome. The ginger leaves you with a sparkling mouthfeel. This is truly a superlative seasonal quaff.