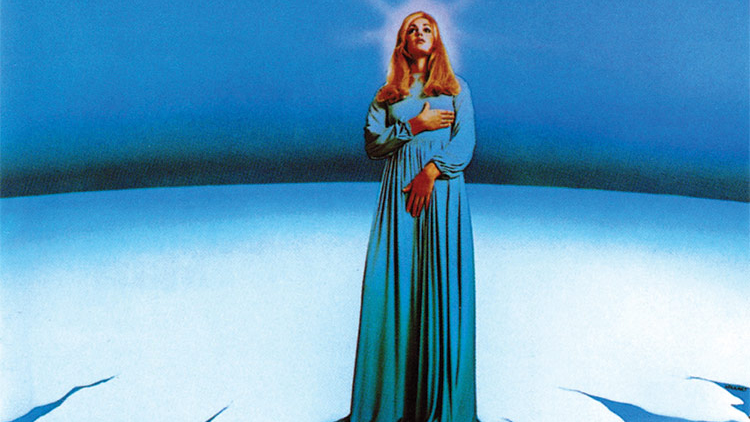 Before Against The Wind, before Night Moves, before the Silver Bullet Band even existed, Bob Seger made gritty, experimental garage rock. It was far from the radio hits that made him famous, and much closer to the proto-punk of fellow Michigan musicians like Iggy Pop — except more straightforward, meat-and-potatoes stuff and less of a primal, there-might-be-blood sort of thing. In late ‘60s Detroit, Seger ran with the Stooges, the MC5 and the rest of that weird, hard-charging scene, but after the Motor City innovators helped lay the groundwork for punk, a lot of them faded or stayed relatively hidden on the outskirts. Seger, on the other hand, blew up in the mid-’70s, making boozy, radio-friendly rock and roll that shot up the charts.

While it’s basically impossible to be an American above the age of approximately 6 months old and have never heard something from Seger post-1975, it’s very likely that, even as a moderate fan, you’ve only heard a handful of his songs before that time frame. It’s not that he wasn’t making records. There were several of them. The thing is: Most of those records have been out of print for decades, evaporated into obscurity in a pre-digital age, and buried by a monstrous canon of inescapable platinum. But, the connective tissue and striking juxtaposition between those two very different eras lives most notably on Ramblin’ Gamblin’ Man, the bluesy, 1969 record that contained both the catchy, polished elements that would skyrocket his work, and the stomping, grungy, oddball sensibilities that define his somewhat buried past.

That crossroads lives, most notably, on the album’s title track. Written and cut before Seger turned to crystal-clear production and Chevy commercial soft rock, the song “Ramblin’ Gamblin’ Man” has a dirty swagger to it, but it also has a giant, sweeping chorus, something he would later weaponize to sell millions and millions of records. Like the rest of the album, it was raw and charged, but, in hindsight, it was also a look at his future. Being one of the few pre-Silver Bullet Band songs that is still a set list staple is telling in itself. It’s a clear turning point, but, dig a bit deeper on the album, and you’ll be rewarded with a window in an era when he sounded like a completely different artist. Someone you wouldn’t be surprised shared bills with the Stooges, or someone who politely declined starting a new band when asked by his friend, MC5 guitarist Wayne Kramer. If the crashing, ominous “2+2=?” — a questioning, early anti-Vietnam song with a wiry guitar line — came out today, we’d probably label it as post-punk. “Down Home” is a raspy, mean-sounding quasi-country song that sounds like something The Rolling Stones wish they could have made. “Tales Of Lucy Blue” has an early-Fleetwood Mac wail to it, while “The Last Song (Love Needs To Be Loved)” is an athematic sing-a-long.

Before Bob Seger was truly Bob Seger, the overlord of dad rock, he was a kid making groundbreaking music. There’s plenty of quality on both sides of that coin, as shown on the excellent ‘Live’ Bullet, but the point is that there’s a lot about Seger that people miss. Maybe it’s just because I was born in the rural Midwest, but every time someone says they don’t like Seger, I assume they just haven’t heard enough of him. If you don’t like Like A Rock, try picking up Ramblin’ Gamblin’ Man.