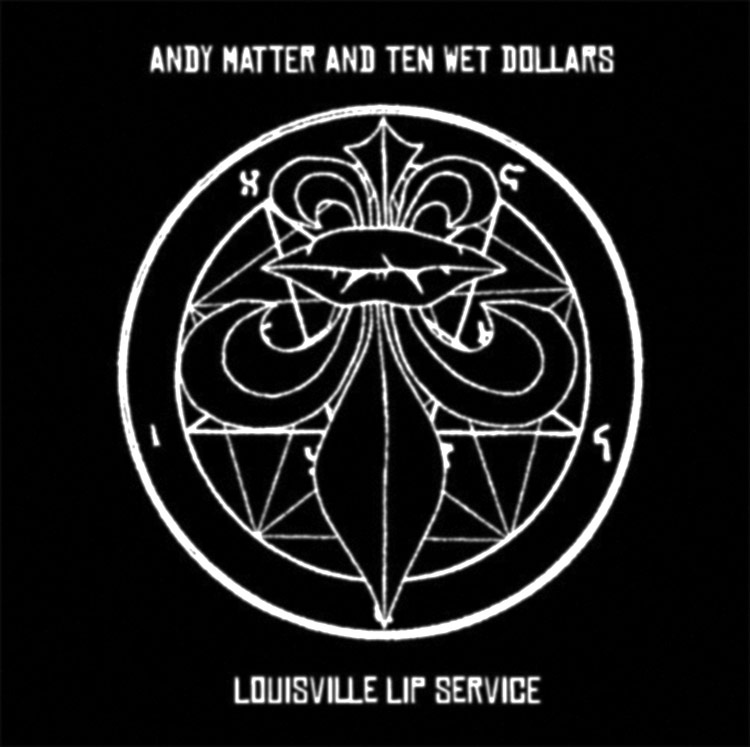 You could consider “Bike Thief” Andy Matter and Ten Wet Dollars’ anti-Louisville anthem. It was written by the band’s titular member, Andy Matter, aka Andy Washburn, as a sort of ambiguous song, part paean to Muhammad Ali and part complaints about a city he loves. Although, full disclosure, Washburn freely admits it was composed during a “sort of a bitter time.”

“I was unemployed at this time,” Washburn said. “I think my second grocery store had turned me down for work. Then, October 2016, I get laid off at APH [American Printing House for the Blind]. November 2016, Donald Trump is elected. Then, in the next few months, Ali died. It was a weird time, to be jobless and feel dropped out of society. So, I just had all this bitterness. I don’t know — just feeling unwanted. Like the lyrics: ‘Feeling like a stranger / In my own hometown.’”

But, it’s what happened next that planted the seeds of what would become “Bike Thief.”

“So, after Ali’s death, there were a bunch of places that had bikes on display,” Washburn said. “The story is: Cassius Clay learns boxing because someone stole his bike. So, all these places around town had these bikes out as a representation of this. And someone fucking stole a bike. And that was it. I just hit this kind of impasse with my hometown, like, ‘You know, we sure patted ourselves on the back for Ali’s funeral. We looked good on TV.’ Then, you’ve got our mayor kicking out a bunch of homeless people from a camp because of a soccer field.”

“We’re the home of Ali, but we’re totally ignoring that we’re also the home of the guy who owned the restaurant that allegedly wouldn’t serve him when he threw his medals away,” Washburn continued, citing the story from Ali’s autobiography. “We’re also the home of whoever stole his bike. And we still. Continue. To steal. His. Bike.”

“Bike Thief” is a swaggering piece of late-‘80s/early-‘90s indie rock that successfully channels trend-setter acts such as Bob Mould and Pavement. Its lead riff is thick and slinky, stabbing out the groundwork for an almost-dance-y groove. The rest of the song pounces along, providing a firm soapbox foundation from which Washburn can stand and unload his thoughts.

“It was a freestyle venting because that’s what I needed to do,” Washburn said. “Again, it’s coming from that source of bitterness. Of anger, of disappointment. And other things bleed over. I go on about doctors and graduation. I feel like a lot of people went to college, and now they‘ve cut their wings in exchange for parachutes. There’s some existential sensitivity. Like, what did this do? Was it worth it?”