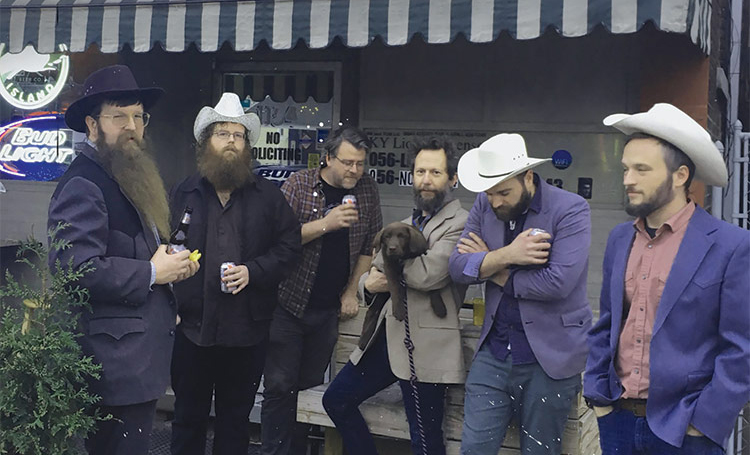 Nerdlouvia 2018
824 S. Fourth St.
$10-$40  |  Times vary
Louisville’s tabletop gaming convention is Saturday and Sunday, but on Friday at 7 p.m., the nerds of Louisville are convening for a VIP party with live music, which you can attend for $10. On Saturday, the main event ($20-$40) begins with a full day, from 10 a.m. to 1 a.m., of roleplaying and board and card games. Sign up for a learn-to-play event, or just grab a favorite game and play with your friends. Popular games, such as Dungeons & Dragons, and some indie hits, such as Dread will be available. Sunday’s festivities ($15-$40) last from 10 a.m. to 7 p.m. Bring extra money for the bar and food trucks.

Fleur de Flea Vintage Urban Market’s Antique and Handmade Holiday Marketplace
Kentucky International Convention Center
$5 for adults; Free for children under 18  |  Times vary
On Saturday and Sunday, visit this “quirky” local market with “antiques and uniques” from vendors around Kentuckiana. Expect vintage clothing, books, records, handmade products and more. Take a break from the shopping at one of several local food trucks or by sipping on some wine or beer — made by local businesses, of course. The Saturday flea starts at 10 a.m. and ends at 5 p.m., while the Sunday event lasts from 11 a.m. to 5 p.m.

SantaCon Louisville
TBA
$20  |  2 p.m.
Don that Santa costume or something else Xmas-y for an adventure that “incorporates elements of a flash mob in the context of cheerful bawdy and harmless behavior, the singing of naughty Christmas carols, and the giving of small gifts to strangers.” Expect drink specials, The North Pole Extravaganza and SantaCon after-party. The start location is revealed SantaCon eve (Friday). It also raises funds for Blessings in a Backpack.

Patronus Ball 2018
Odeon
$30  |  8 p.m.-2 a.m.
Because for some reason Harry Potter events have become a holiday tradition (not that we’re complaining), here’s another themed party that looks totally wicked. This time, it’s Odeon that’s promising a magical evening with a replication of Diagon Alley, every house common room, photo-ops with HP characters and live music from bands and a DJ. The party benefits The Arrow Fund, a group that tends to abused animals, like Newt Scamander from “Fantastic Beasts.”(Idk. coI just wanted to include another reference).

The Winger Brothers at Old Hickory Inn
No cover  |  6 p.m.
Abandoning a planned studio session, The Winger Brothers instead recorded at a bar, resulting in Live At T. Eddie’s, and they’re celebrating its release this weekend at Old Hickory Inn. “There’s nothing that hasn’t been around for awhile. If you’ve been to our shows, you’ll know the songs,” singer Jordan Humbert told LEO. “I mean, there’s only nine songs, but it’s all we got.”