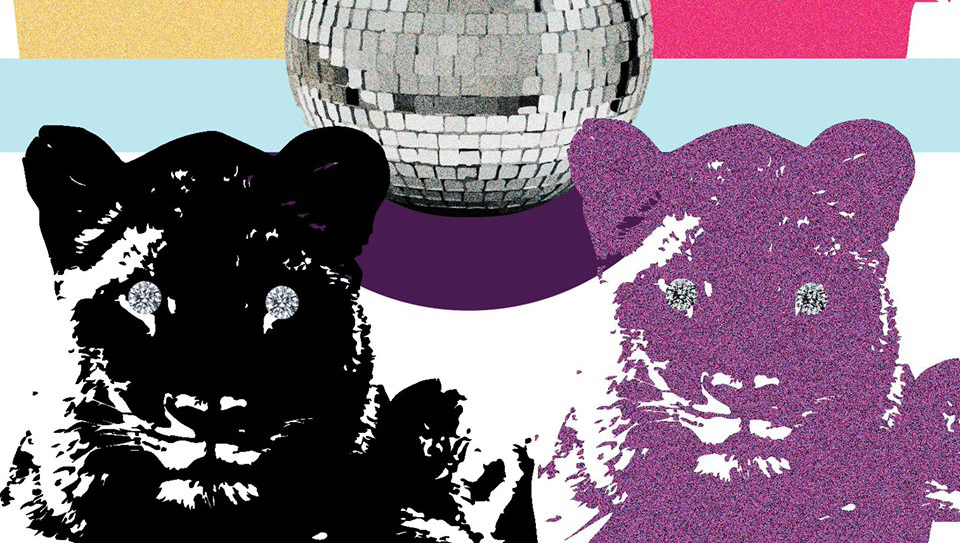 Anime Monday: FLCL
Kaiju
Free  |  7:30 p.m.-2 a.m.
A Louisville group for anime enthusiasts, New Anime Collective, is celebrating its two year anniversary with a loooong evening of music, giveaways and anime (of course). The night will include marathoning the entirety of one of anime’s most celebrated series, “Fooly Cooly,” or FLCL, which only spanned six episodes. A “Fooly Cooly” cover band will bring the show’s grungy soundtrack to life at 11 p.m. The event includes food and a meet-and-greet with New Anime Collective.

Shakespeare in the Libraries: ‘The Taming of the Shrew’
Louisville Free Public Library – Various locations
Free  |  6:30 p.m.
Professional actors from Kentucky Shakespeare are putting on a two-person version of the famous Shakespeare comedy, “The Taming of the Shrew.” This week, the show will be at the Newburg branch of the Louisville Free Public Library on Monday at 6:30 p.m. and at the Middletown branch on Thursday, also at 6:30. The show is for ages 6 and up.

Harry Potter Trivia Night
Old Louisville Brewery
$1  |  7-10 p.m.
Harry Potter trivia is a hot event — so popular that seats have filled up for the game two hours in advance at other venues. With that in mind, you may want to get there early to participate in Old Louisville Brewery’s version, which features six rounds of trivia and a themed menu from Chef Edward Lee’s 610 Magnolia Restaurant. Buy-in is $1, and the winning team receives the money. This event is 21-plus, and teams are limited to five players. And, hey, if Harry Potter trivia fills up, head to the Tin Roof for trivia at the same time based on the holiday movie “Elf.”

Beginner Hot Yoga
Exhale Yoga
$5  |  7:15-8:15 p.m.
Try out hot yoga, or specifically, 80-degree yoga, at Exhale Yoga in Jeffersontown on Wednesday. The class will be beginner friendly with poses that base upper body strength on the grip of your hands and not downward facing dogs or vinyasas. There will also be $5 hot yoga classes at Exhale on Dec. 12 and Dec. 19.

The MAMMOTH Collective’s ‘Holiday Pop-up Fair’
Pizza Bar Louisville in Fourth Street LIVE!
No cover  |  5-10 p.m.
Buy some cool shit while supporting the resurrection of a Louisville art space. The MAMMOTH Collective is holding its first holiday art fair featuring wares from 15 local vendors.The group, which supports the local art community and its members, wants to repair and reopen their former art warehouse.

Sleigh Bells, SLAY! Annual Variety Show & Benefit
Play Louisville
Clothing donation (or $10)  |  7-9:30 p.m.
There will be live singers and performance artists at this fundraiser for House of Ruth, a nonprofit for people affected by HIV or AIDS. The evening, led by Brian Goode of WAVE 3 News and DJ AJ McKay, will also feature a silent auction, holiday photos and clips from Louisville’s LGBT Film Festival. To get in, bring a pair of adult underwear or socks to donate to House of Ruth or give $10 to the cause.

The GRL Sparkle Ball
Zanzabar
$5  |  8 p.m.
Girls Rock Louisville, a nonprofit that empowers girls and gender non-conforming youth through music, is throwing its first annual Sparkle Ball — a pizza-, unicorn- and glitter-themed party with live band karaoke. Show up, spin the wheel and sing the song it lands on, while being backed by the house band, Glitteroke. Hosted by Howell Dawdy, this event also features a silent auction and new merch for sale, with the proceeds going back to the important and impactful organization Girls Rock Louisville.