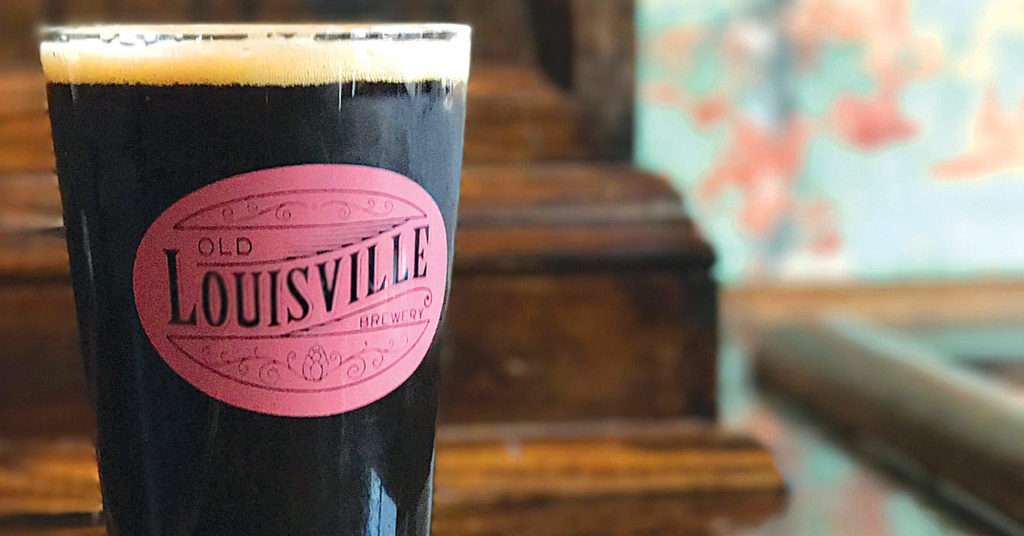 On Thanksgiving Day several years ago, I found myself with a number of clouds hanging over my head. I was in a bad place.

Perhaps it wasn’t the best decision I could have made, but on that particular Thanksgiving, I decided to give thanks for negativity and self-loathing — I decided to be alone on Thanksgiving. It was the first time in my life, and let me tell you: There isn’t much to do on Thanksgiving if you aren’t spending time with your loved ones.

I watched football with a friend in the afternoon, but when he moved on to his family gathering, I was left with a TV, my dog and a fridge full of food I didn’t want to eat (nobody needs frozen lasagna in that situation). That’s when a local mainstay, Cumberland Brewery, saved me from a potentially dark end to the holiday.

Thanksgiving night at Cumberland that year involved a Thanksgiving dinner and a pint for $10. NFL football was on TV over the bar and, lo and behold, the place was buzzing. I wasn’t the only person who found themselves at a local brewery on a family holiday. I chatted with people while enjoying turkey, dressing, potatoes and a couple of pints.

I think back on that holiday every year… how it ended up being a great memory. I won’t spend Thanksgiving alone this year, but it warmed my heart to find out a handful of local breweries will open for a few hours, while others will have early Black Friday hours for those with tryptophan hangovers (triptophangovers?).

Old Louisville Brewery is one that wants to make sure people who might be in the same situation I was a few years ago won’t be left out in the cold. It will be open from 5 to 10 p.m. that night.

“I believe for some people, the holidays can be a very depressing time of the year,” Wade Mattingly, owner of Old Louisville Brewery, said. “Especially those far from home or alone during that time.”

He said that loneliness can be reinforced when everyone around is spending the day with friends and family. The brewery was designed to be a community gathering place, so it seemed natural to open the doors on a holiday such as Thanksgiving.

“We believe it’s important to be a community space and open for everyone,” Mattingly said. “So we decided to go ahead and open to allow those people to come be a part of our family for the evening.”

Feel free to bring leftovers to eat at the bar and, hey, don’t be shy about sharing with the employees. Also, the brewery will open at 2 p.m. the following day for a tapping of several dark beers.

Great Flood Brewing Co.’s taproom will be open Thanksgiving from 5 to 10 p.m., with regular hours resuming the following day. But get ready, because there are plans for Christmas hours, as well.

I contacted Cumberland Brewery, and plans for another turkey dinner aren’t set in stone yet, but I was told the brewery is expected to open on Thanksgiving at 5 p.m. per usual and will likely stay open until 10 or 11 p.m., likely depending upon business.

Meanwhile, Apocalypse Brew Works will open on a rare Wednesday, the day before Thanksgiving, 3 to 8 p.m., for those who want to warm up their Thanksgiving with a growler or two or a few crowlers of beers to take home.

For Black Friday, Holsopple Brewing in Lyndon will open at noon and celebrate the annual shopping Armageddon by tapping all of the brewery’s dark and barrel-aged beers — a Black Friday of another type, in other words. In addition, customers can buy special holiday packs of bottled beers. That’s for all who want to give the gift of barley, water, hops and yeast.

Gravely Brewing Co. is closed Thanksgiving, but will open at 11 a.m. on Black Friday with plenty of dark beers on tap and special deals on brewery merchandise.

And if you want to get started filling up your belly with food, as well as with beer, the day before the turkeys roll out, check out the Back Bar Hibernation Hootenanny at 3rd Turn Oldham Gardens on Wednesday, the 21st.

The event officially closes the outdoor bar and beer garden, sending the back part of the complex into hibernation until spring. It’s $20 to get in on the family-style, whole hog roast, and tickets can be purchased at either of the 3rd Turn locations.

Turkey is great, but beer and company can help pull you through as well.