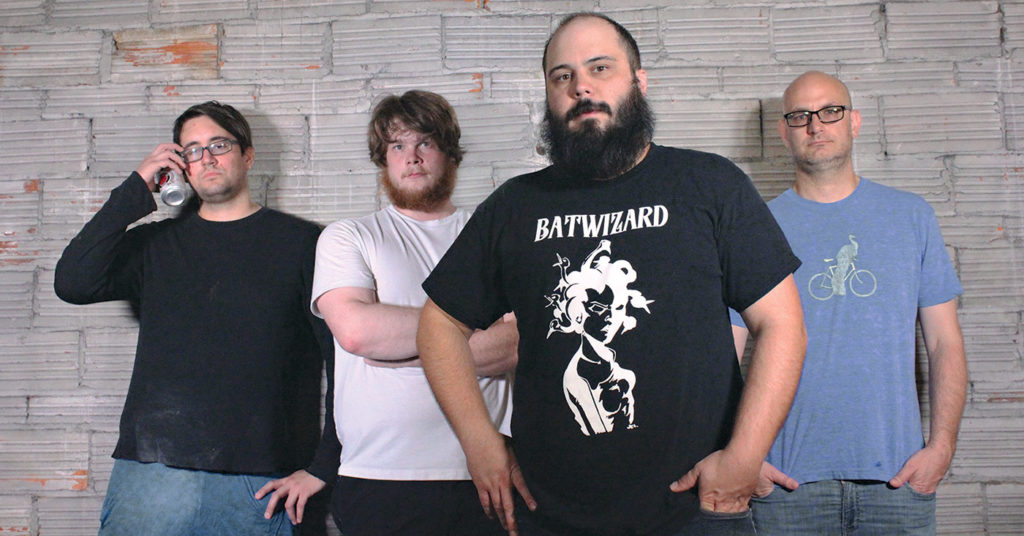 Analog Cannibal leader Patrick Hume is a self-proclaimed space buff. He’s even found a way to incorporate it into one of Analog Cannibal’s songs, “Arecibo Message.” The title is directly lifted from the name of an interstellar radio message sent from Earth to the M13 star cluster in 1974 — the idea being that aliens would intercept the binary coded message.

“It was supposed to represent mankind,” Hume explained. “I think there’s code for the human genome and things like that, the raw elements. It was pretty clever and it’s just a series of zeros and ones. So, what I did was take those zeros and ones and I wrote it into notation and fed that into MIDI and ran that through a bunch of synthesizers. I didn’t play a single note. It was all done by the computer. The only choices I made was the sounds and when certain instruments would come in and out. It removes the human element from it in a way.“

“Arecibo Message” is a sparse affair, an instrumental piece that twinkles and shimmers. Here and there a robot squawks in gobbledygook. Its flight is graceful and steady. Hume himself calls the actual concept of the song “cooler than the end result.” And while he might be right, “Arecibo Message” still makes for fantastic background music when you want to imagine what it’s like drifting through space.

The idea of writing out the Arecibo code, notating it and then running it though a computer program probably seems strange — quite daunting even — to the less technologically savvy among us. So I asked Hume to explain his process to get a better understanding of what he did. Good luck.

And, through performing “Arecibo Message” in a live setting, he has learned to employ some rather unique practices — something Hume calls “quadraphonic audio.”

“What I do is put two speakers in the back of the room and two speakers on the front and each one has its own separate audio channel going to it, so it’s almost like surround sound, so I can kind of push the audio around the room and kind of immerse the audience. We’re familiar with this when we go to the theater but not a lot of bands really experiment with surround sound.” •