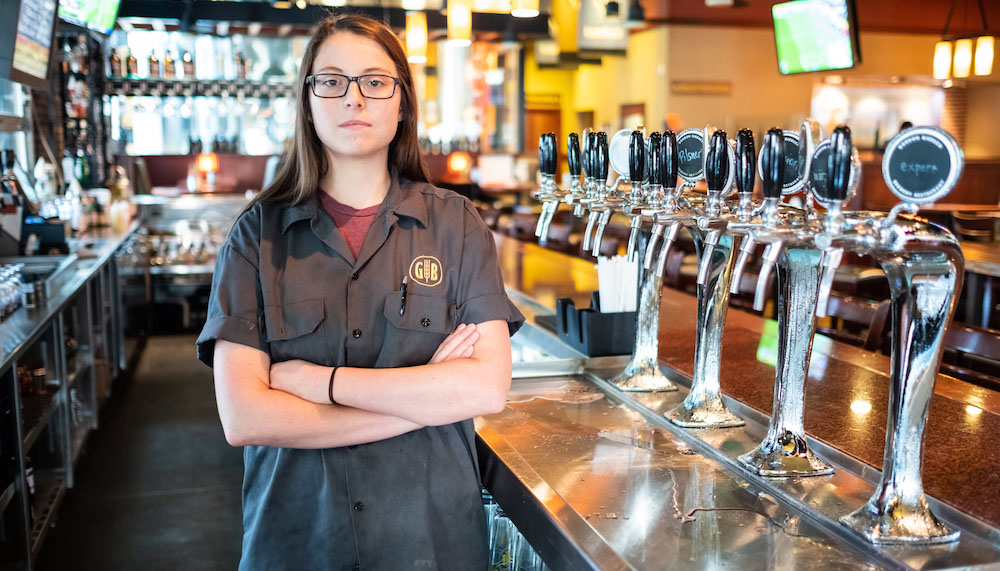 Kentucky Proud Products once again challenged Kentucky brewers to develop unique, locally-sourced beers. Previous challenges have included particular ingredients, but this year brewers across the state were free to pick any that are from Kentucky. The results are wide and varied, including funky lagers, apple sours, nut browns, tripels and beyond. Sixteen brewers competed statewide, including seven from Louisville. We tried all seven local beers, which remain on tap until each supply runs out. Here are the results.

Against the Grain Smokehouse and Brewery
Furiously Flaming Allstars
The Furiously Flaming Allstars is a farmhouse lager with peaches and herbs. A “rustic lager,” the FFA has a light body and a malty, fruited nose, capped by the lightest foam head, ringed around the edges. The peaches and herb flavors coalesce beautifully to give extra body to what tastes otherwise like a light beer. As such, AtG has elevated its lager to a new level.

Akasha Brewing Co. + 3rd Turn Brewery
KY Tang
A sour apple tart American pale ale, the KY Tang leans heavily into the sourness, but in a way that feels earned and organic to the adjunct. Using Granny Smith apples, and working in collaboration with 3rd Turn, they kettle brewed the beer. There is a distinct apple head. It’s an absolutely beautiful beer, which uses one of the most expensive yeast strains around, making for a steady taste. This is a cloudy, blonde pale with a nice bite and a sweet, but never cloying flavor.

Falls City Beer Brewery
Squints Peach Saison
A golden body and a soft foam head greet you with the Squints Peach Saison. The nose has a distinct peach aroma, which is matched in the body. As a host, the saison is the perfect carrier for this flavor, which is strong and upfront. This is a golden beer that is perfect for harvest season — so a bit late in November, but no less inviting. With the outdoor fire pits, this is an ideal community beer, although at 7 percent ABV, this is not an especially light beer. Still, this is an easy beer to drink, juicy and fruited, an absolutely delicious and rich brew.

Gordon Biersch
Blackberry Tripel
The Blackberry Tripel features a deep golden, almost brownish hue, capped by a soft foam ring on the top. At 8 percent ABV and with an IBU of 11, this is all too easy to drink, with a pleasant blackberry aroma at the nose, cut by a heavy alcohol presence. Despite its heaviness, this is a juicy brew with a light finish and a delicious aftertaste that invites you back for more.

Holsopple Brewing
Nutty Hempster Nut Brown
A brown ale with hemp seeds, the Nutty Hempster Nut Brown has a deep, walnut colored body. The hemp flavors are negligible, which for anyone that has experienced CBD oil can say is a positive. There is no overt bitterness to this, at least beyond the hop agents.There is a strong woody nose to the brew that underscores a hearty flavor. The Nutty Hempster Nut Brown is a savory ale, one that leans into the comforting elements of a brown. At 5.4 percent ABV, you can drink this with ease, a sessionable porch beer to gather around the campfire.

Monnik Beer Co.
Master of Peaches
A grisette-style saison with peaches grown in scenic Shelbyville, the Master of Peaches is a light, but heady brew with a high sessionable ABV at 6 percent. As advertised, there are notes of peaches at the nose, although never overwhelming. This is ultimately a lighter body beer, with a translucent, deep-golden body and soft foam cap that lightly rings the head. Like several of the beers on the list, this is mildly tart, but never unwelcome. Perhaps more than any other beer on this crawl, the MOP leans the heaviest into their choice adjunct, albeit in a way that delightfully plays against season.

Old Louisville Brewery
Tri-County Honey Lavender
A farmhouse saison, the Tri-County Honey Lavender is a delightful concoction with a deep amber hue and almost no head. It has the body of tea and a tangy nose that connotes smoked meats or warming fires. There is a comforting flavor to this beer, a balance of sweet and savory that is welcoming and warming. There is a tartness that is hard to pin down, perhaps attributable to the lavender or the honey. This is close to, but not quite a sour beer — never too tangy or overbearing. Drink this on your porch and drink deep.