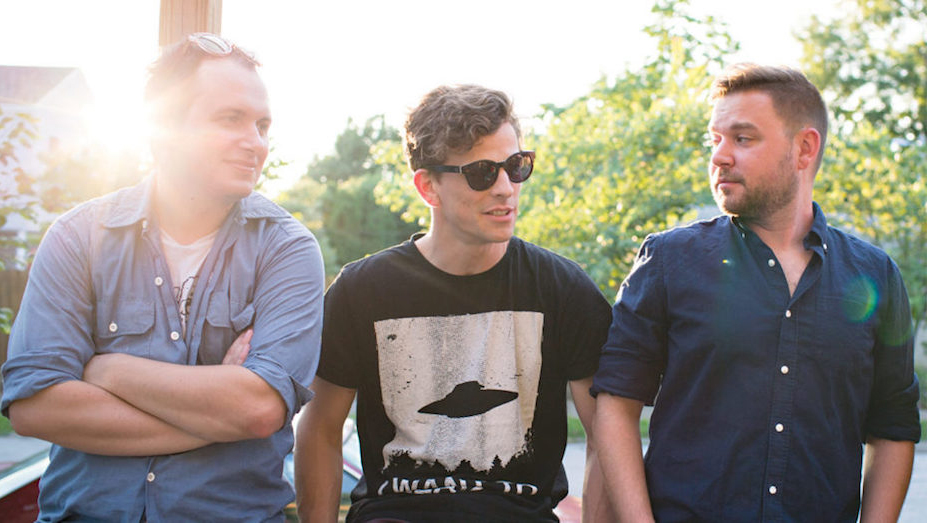 After some dubious choices made by a bandmate in Nerves Junior left the renowned psych-pop group’s reputation irreparable, singer-songwriter Zachary O’Renick was uncertain about his career as a musician. But, this Friday, O’Renick’s new band PRJCTR releases their debut full-length, Beautiful Towns, which is packed with haunting pop songs.

“I’ve just learned to let go and have fun,” said O’Renick. “I used to take it way to seriously. Obviously, that’s anyone who has put anything forth that’s worth listening to, but you can’t kill the fun.”

PRJCTR started off as an experiment in songwriting for O’Renick, a way to push past the abrupt end of Nerves Junior. The music on Beautiful Towns favors swirls of guitars and synths. There is a comfort found in the music, particularly in the relationship between the musicians in the band, who perform a delicate dance between ambience and their keen pop sensibility. As such, that melancholia part and parcel to bands such as Radiohead exists here, a hook-heavy mix of strong and memorable melodies and dense soundscapes.

Thematically, Beautiful Towns is a psychedelic fantasy, with a Lynchian stream-of-consciousness that weaves a bittersweet tale. Lyrically, O’Renick tapped into his experiences with the world around him.

“Message wise, if you were to really pay attention, it would just make you sad — it’s hard to not write sad songs,” O’Renick said. “I have all these conceptual ideas that I don’t ever really feel like they can materialize. They’re always like a dream that you can’t explain, but that you know was really bad ass.”

Opening with “Keep Up,” the band projects an image that is at once highly energetic and prone to turmoil — the chorus reflecting the overall anxiety induced by the often rapid pace of life. It’s that same kind of manic energy that informs “Bastards,” a lethargic and world-weary song that puts up a tired fight against a world on fire. “Don’t Bury Me” has a similar dynamic energy to “Keep Up,” while “Bastards” is an anthem for the struggling.

In contrast to Nerves Junior, PRJCTR features loose compositions that allow the songs to breathe and fall into comforting grooves. There is a desperation that eschews the sheen and polish of a big studio production, replaced with an intimacy between composer and audience, which you can hear in O’Renick’s soft croon, which recalls Nick Cave or Thom Yorke, depending on his timbre. From the onset, O’Renick is a relatable presence, embracing change as best as possible.

A father of two and electrician’s apprentice, O’Renick began piecing together the songs for Beautiful Towns with the help of his ex-bandmate Chris Snow. Since Snow is currently a resident of St. Louis, he and O’Renick, who still lives in Louisville, traveled between their two towns to collaborate.

From there, O’Renick put together a band featuring Chris Johnson on bass and drummer Ben Bustle. He rounded out the lineup with Chyppe Crosby on guitar, filling in for the absent Snow. Recorded with Kevin Ratterman and Anne Gauthier at La La Land back in March, the album addresses darkness, and he hopes that his music can add just a little light.

“A lot of unfair shit in society and everyday life, selfishness and self-centeredness is on the record,” O’Renick said.