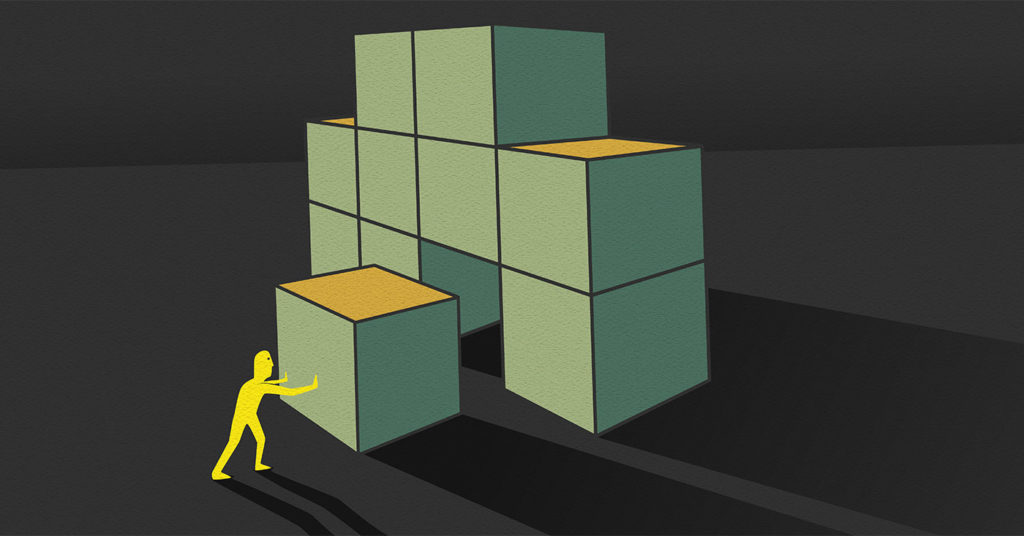 In my early adolescence, my parents went through a troubling divorce. My mother was left to care for three children. I was rapidly approaching entering college, and my teenage brother had just had a baby — both his girlfriend and my niece living under our roof. My mother was making just over $700 every two weeks as a mortgage processor. In a moment of desperation, she turned to a payday loan business in hopes of finding a solution to keep our family financially afloat. “You’ve got to be pretty helpless,” she said. She would write a check for $575.00, and the business would hold the check for two weeks, but give her $500 immediately — essentially she was paying a $75 fee, or around 13 percent interest. My mother continued to do this for more than eight years. That’s around $15,000 in interest — a vicious cycle. It wasn’t until she’d climbed the ladder in her profession and was remarried several years later, becoming a two-income household, that she was able to pay it off.

“I didn’t know what else to do, so I did what I had to do,” my wonderful mom told me.

Now there is help for people like my mom: a federal and state-funded program in Louisville operated by Goodwill Industries of Kentucky and administered by KentuckianaWorks called Power of Work.

Power of Work is a free, four-week course in which participants are enrolled on a referral basis by the Department of Community Based Services. The course teaches such so-called soft skills as financial literacy and job readiness, with a goal of helping people move out of poverty and obtain the skills they need to be financially secure. The demographic is quite diverse, including folks who have had traumatic pasts, those plagued by poverty and people with criminal backgrounds. Some students don’t have their GEDs, and others have their master’s degrees. What they all have in common is that they’re searching for a way to combat their financial struggles. The program is tailored to the needs and goals of each individual, so that they’re given the tools they need to succeed.

When I explained the program to my mom, as we chatted about all the sacrifices she made, she said, “What a difference that would have made for us.”

Alyssia Jones, a career coach at KentuckianaWorks, is in charge of the Power of Work program through her role as job readiness activity course facilitator, a position that is funded by GWI.

“We actually focus on the holistic approach to rebuild our participants,” Jones said. “We provide them with financial literacy, survival life skills, making sure they understand the skills that it takes to not only obtain but retain employment — and not just at a fast food restaurant.” Jones said, nothing is wrong with working in fast food, but maybe students have larger ambitions. She said she wants to empower her students to dig deep and dismantle even their own beliefs about what they can achieve.

Each week at the Power of Work classes, students dig into different skill development, including resume writing, tackling debt (such as the perils of payday loans) and understanding the power of savings (through a partnership with Forest National Bank, each student receives a bank account, something many of wouldn’t have access to or qualify for typically). Equity, workplace conflict resolution, understanding personal mental health and more are also covered. By the time they graduate Power To Work, students can obtain GEDs — some even start vocational certification or classes at Jefferson Community and Technical College while still in the program. Some leave Power of Work with Occupational Safety and Health Administration or forklift certifications, and others with jobs in information technology or hospitality through POW’s partnership with Marriott hotels.

Since she took over the class in January, Jones said, the class has had a 75 percent success rate placing people in $14 an-hour paying positions with health benefits. “Folks are actually saying, ‘Oh, they can have their food stamps, I can sustain myself,’” Jones said.

Power of Work holds classes in the Heyburn Building on Broadway, a short trip from the Russell Neighborhood, where roughly 11,000 people do not have their GED. POW creates free access to residents of these communities that receive the referral.

“We are annihilating the stigma that you’re not worthy,” Jones said.

Alexandria Schnell graduated from the Power to Work program three and a half months ago and still beams from her experience. “I was at a point in my life where I was like, ‘I’m tired — I’m tired of being on this repeat cycle,’” she said.

Schnell came into the program with great communication and presentation skills, but learned that being able to really listen in interviews and the workplace was her pitfall. Jones and various other caseworkers gave her the skills and resources that were just barely out of reach, such as connection to the job skills certifications she needed to thrive.

“My advice is to listen, and do what they tell you to do, it doesn’t stop after the program,” Schnell said. “Don’t stop is my final answer – don’t stop doing what you’re doing, and you can make it.”

Schnell graduated from POW and was sent to another program where she received her OSHA training, allowing her to obtain the job she has now in maintenance at St. Vincent DePaul, a local thrift store organization that funds programs assisting individuals and families in crisis.

Jones’ pride when it comes to her work is radiant, and perhaps it’s because her relationships run deep to the communities she works with. “I’ve had to get unemployment, I’ve had to get food stamps, and now I’m an actual professional working with people that are in the same stricken situation that I was,” she said, “so I really feel the universe called me to do what I was meant to do.”

“When I fell into those difficult times, I had just left my career in bank management due to health reasons,” said Jones, bringing up an all-too-common obstacle that causes folks to face financial challenges. “When I reentered the workforce, even with all my experience and credentials, no employers would employ me. Hence me choosing to get the temporary assistance needed at the time for survival.”

When Power of Work was created over 11 years ago (on a one-year grant, mind you), program manager, Kimberly Lane, had an idea to call it Prisoners of War — prisoners of the war on poverty and succession, and through the Power of Work, these prisoners can be free in their minds.

“Some of these people don’t even see their face in the morning, they see the pain and barriers they’ve been stricken with,” said Jones. “We teach them, we empower them, we give them the skills to overcome any life and societal barriers to give them a chance. And not just a chance, but a winning chance.” What could Power of Work have done for my mom, when she was facing a life of financial struggle? What can it do for folks that don’t believe they can afford pampers or formula for their children, much less an education or certifications? What can it do for folks that have lived a life of institutionalization or imprisonment? There is no limit when barriers are broken and we all have access to success.