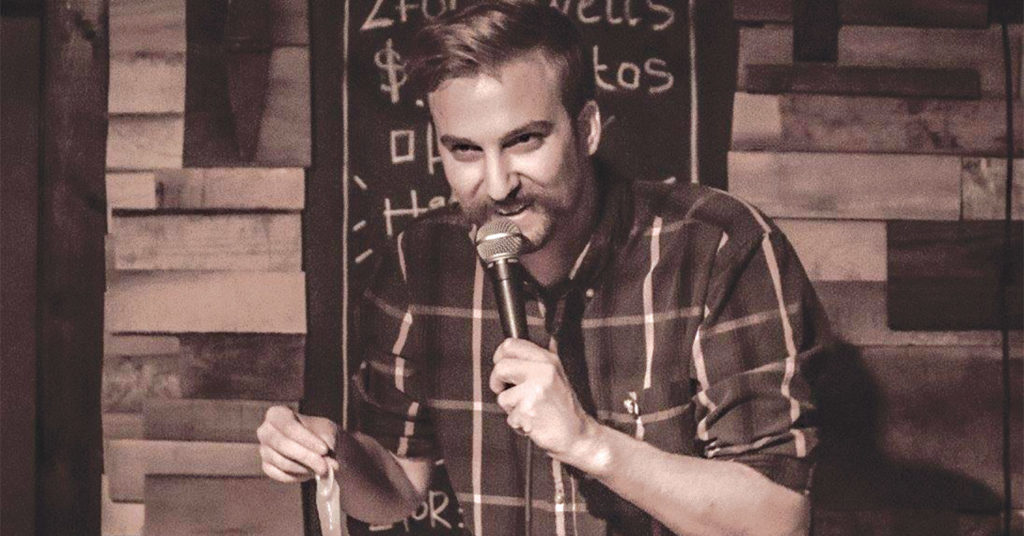 How many comedians does it take to battle Louisville’s food deserts by raising money for a new food co-op? Never enough, but seven will do this time. The Bard’s Town is hosting a benefit to help the Louisville Community Grocery open as the city’s first community-owned grocery store. This show brings: Tim Northern, Melissa Doran, Dan Alten, Kent Carney, Shelley Hoblit, Danny Hucks and Jordan Goodwin. Alten spoke with LEO about bad gigs, the comedy scene and food. If you cannot make it to the show, find Louisville Community Grocery at loufoodcoop.com to get involved.

LEO: Do you come from a funny family?
Dan Alten: Yes! My mom is a really witty and intelligent, [comedic] person … My dad is just a silly, ridiculous person. So, a lot of my comedy is just merging them together: My mom’s ability to formulate a perfect one-liner, and my dad’s ability to do something so off-the-wall that is undeniably funny. I’m just a reflection of their glorious weirdness.

What was the worst gig you’ve ever done?
I did a gig in Cookeville, Tennessee. During the show, the bar wouldn’t let people play pool. The only two people in the bar playing pool just stood next to the table, which was right next to the stage, staring angrily at us the entire show. While I was on, one of them just walked up, took my drink and walked off. I thought he was going to hit me, but he just took my drink. He probably thought he was going to get some alcohol, but it was just water in a shorter glass. In his mind, he was like, ‘I’m getting a free drink since they ruined my pool game.’ I knew they were staying at the same hotel as we were. I was just afraid of running into them later when I was trying to sneak into the hot tub late at night.

Are there any jokes that you regret writing?
When I was starting out, and I think a lot of comics are like this, you want to get a reaction out of the crowd. If you have bad neutral jokes, the crowd won’t react. If you have bad jokes that are offensive, you’ll often get some sort of reaction. When you’re starting out, you’re just trying to push a button, and the funny button is pretty hard to push. So, I definitely have jokes I roll my eyes at. They’re definitely jokes I wouldn’t do today. But I can’t say I’m completely aghast at their existence. It was more of me dealing with topics I wasn’t good enough to be dealing with. Nothing that was coming from the wrong place morally.

I feel like the underground comedy scene is a lot like the punk rock scene of the ‘70s and ‘80s. Is that fair?
Oh, definitely. I remember reading a book about the punk scene, and it was talking about Black Flag trying to get even 15 people to show up at a gig. I thought, if I’m reading about that gig in a book 30 years later, maybe what we’re doing, maybe my show, where 15 people showed up, isn’t doing so bad. Black Flag was struggling to feed four guys in a van, I’m one dude in a car. I think I can make that happen.

How did Louisville Community Grocery get your attention?
My friend Mike Mayberry. He was a local farmer for years and got involved in a lot of co-ops and farmers’ markets. Through all of that, he became very aware of the flow of produce through Louisville, and how there is a food desert through central and West Louisville. In being friends with him, I became very aware of all of this. Plus, I’ve lived in Old Louisville the entire six years I’ve lived here. I understand the lack of access to groceries and food. I saw firsthand how the closing of the Kroger on Second Street affected the community. And then you go out to The West End and see the lack of resources out there, it’s definitely an eye-opener. It’s something that would be really cool to change if we can. •