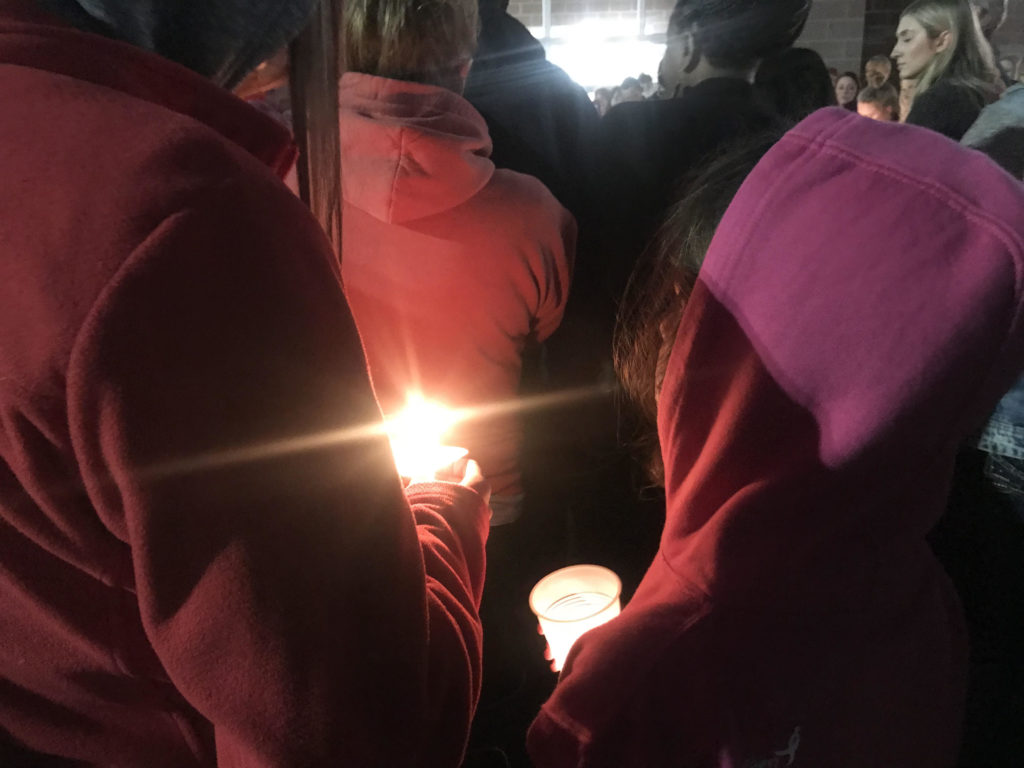 Two people dead. One gunman with a history of domestic violence.

And still, Kentucky legislators couldn’t spare more than 16 minutes Friday to learn about a firearm regulation bill at the end of a two-hour hearing before the state House judiciary panel.

To be fair, the bill, pre-filed for the next legislative session, would have made no difference in the deaths of Vickie Lee Jones and Maurice E. Stallard. It would allow prosecutors to charge adults who don’t secure their guns away from unsupervised children.

The bill was prompted by bloodshed: Two relatives of children who died after finding the gun of a family member presented their case at the hearing.

It was at least the third time such a bill has been filed.

And it cannot pass in Kentucky.

“This is an intense voter base that doesn’t just view guns as tools — they view it as a way of life,” UK political science Associate Professor Stephen Voss said in an interview.

Like the deaths of children who find guns, the Oct. 25 shooting at a Jeffersontown Kroger will not be enough to push the Kentucky General Assembly to pass a regulatory firearm bill, or even seriously consider one, because of public opinion, according to Voss. It likely doesn’t matter which party controls the House or the Senate as of Tuesday.

Despite that, there has been talk of one, presumably doomed, bill that could be filed in response to the Kroger shooting.

State Rep. Joni Jenkins, a Shivley Democrat, is interested in reviving her bill calling for a “red flag law,” which would allow relatives and police to petition a judge to preemptively take away firearms temporarily from a person perceived as dangerous.

Maybe people like accused Kroger shooter Gregory Bush. He had his gun rights taken away, but only after his ex-wife and parents filed restraining orders. The restrictions expired, so it appears he was able to have a gun, which his parents said he carried constantly, according to the Courier Journal.

The alleged shooter also was convicted of domestic violence assault after injuring his father and mother in 2009, and was convicted of disorderly conduct after verbally attacking his ex-wife and fighting a police officer.

Investigators have not said if the gun Bush allegedly used in the Kroger shooting was obtained legally.

Kentucky does not have laws regarding gun ownership and domestic abusers, but instead relies on federal laws, said Mary Savage, legal counsel for the Kentucky Coalition Against Domestic Violence. The coalition does not plan to advocate for new gun laws this coming session.

“You know, you can go beat your head against a wall — it’s not going to do you a whole lot of good,” said Savage.

“Noooo, nooo” she said, throwing her head back dismissively during an interview after Friday’s hearing. “Well, you know, I don’t know,” she said after thinking a beat. “Let’s say, ‘No,’ but you’ve got to keep educating people.”

Last session, Democratic lawmakers proposed several bills in response to the shooting at Marshall County High School in Kentucky, which left two students dead, including legislation that would have outlawed bump stocks and required firearms to be reported missing after 72 hours.

Wayne believes the National Rifle Association is the main roadblock. The gun-rights group has given glowing ratings to many Kentucky legislators, and Wayne believes they want to keep their high grades. He thinks this applies to Democrat and Republican lawmakers, mostly those in rural districts.

Voss said the NRA’s power is nothing without its citizen support. If public opinion changed about guns, he said, the law would follow. Although there’s one thing that could help: A Republican pushing for “commonsense” gun legislation.

“If you think about who is able to have dramatic changes in policy, it’s often somebody from the party that’s not supposed to,” he said.

Louisville state Rep. Jason Nemes, a Republican up for re-election and a self-described Second Amendment advocate, said he wants to make sure any new laws don’t take guns away without justification. But he also believes more could be done to protect citizens. He supported the gun regulation to punish adults who don’t secure their firearms properly.

Nemes, an NRA member, said he believes the Kroger shooting could spur his peers to ignore their predisposed positions and to work with one another. “We’ve got to have something come out of this heart-wrenching shooting,” Nemes said.

He said he wants to learn more about the red flag law.

But Voss believes that Nemes and other state legislators are likely not influential enough on their own to persuade their peers to pass new gun laws. It would need to be someone of higher stature, such as the governor.

As it stands, there’s little hope for new gun laws in Kentucky, including the one for locking up firearms.

Even Lexington Democratic state Rep. George Brown Jr., who pre-filed the gun storage bill, did not sound hopeful after the hearing — the first the bill had ever received in all of its previous filings. Brown believes Republicans who control the House, Senate and governorship are the obstacles.

“In the ’19 session, if we take control of the House, then in all probability it would not pass the Senate. And then, if it were to miraculously pass the Senate, then the governor would probably veto it,” he said. “I would bet money.”