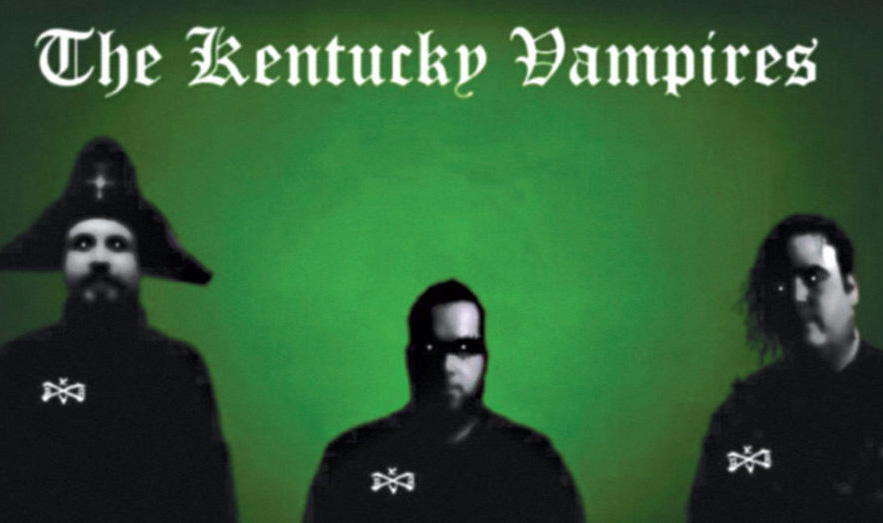 The Kentucky Vampires’ gloom-goth sensibilities are perfect for their style of storytelling. In most of their material, the band turns to history, and “Spider and The Fly” is no different. The song recounts the sordid tale of Elizabeth Báthory, a 16th-century Hungarian noblewoman who earned the nickname The Blood Countess. But as I knew little of Báthory’s story, I asked Kentucky Vampires vocalist/lyricist Abbas Marler for a deeper explanation.

“She’s known for having killed over 300 handmaidens for the purpose of bathing in their blood,” Marler said. “This happened over, like, 25 years, until people either had enough or caught on to it and what she was doing. They convicted her of those 300 deaths and locked her up in a tower. She’s known as the first female serial killer and is actually in the Guinness Book of World Records.”

The past, however, is a strange land which often makes it difficult to cull the real truth from hyperbole. In his research for the song, Marler encountered information that challenged the conventional view of Báthory.

“Some historians believe her story is very over-exaggerated and was, in fact, something of a scapegoat,” Marler said. “And many women of power in the past, who are known, have ended up becoming scapegoats. I felt like telling her story as we know it now in today’s time, that it was fitting. We’ll never truly know but there was a lot of crazy political things that her family was involved in.”

With that in mind, the music in “Spider And The Fly” is a sinister pairing. It’s a dose of eerie goth-pop, unabashedly flaunting the macabre darkness of ‘80s influences such as Sisters Of Mercy and Joy Division. While the song is of a straightforward structure, the band lures in the listener with a hypnotic pulse. Founding member Zach Campbell’s buzzy guitar is a spooky ear-worm riff, a counterpoint to the cave-drone rhythm section and Marler’s (a la Peter Steele) baritone croon.

“I’m a huge fan of The Cure and Joy Division and Type O Negative and I think that’s pretty obvious,” Campbell, the band’s primary composer, explained. “I try to stay true to the sort of rules of the genre, so to speak. Some weird sounding, creepy guitars and bass that people can dance to or just drives the song. I also have a lot of punk rock elements in my background, so I always try to have the bass have some kind of carrying, punk rock element to it and try to make sure that’s in every one of our songs.”

Fittingly, “Spider and the Fly” was first performed at a former DIY space called House of Blood. “That show was the most insane one I’ve ever played,” Campbell said. “It was like a living room. We’re in there with I don’t know how many people, but it was packed. The energy in that room was unbelievable. I was so surprised that people could even have that type of energy. The went nuts over the song.”

“Spider and the Fly” is from the album Blood Lust that was released in 2017.