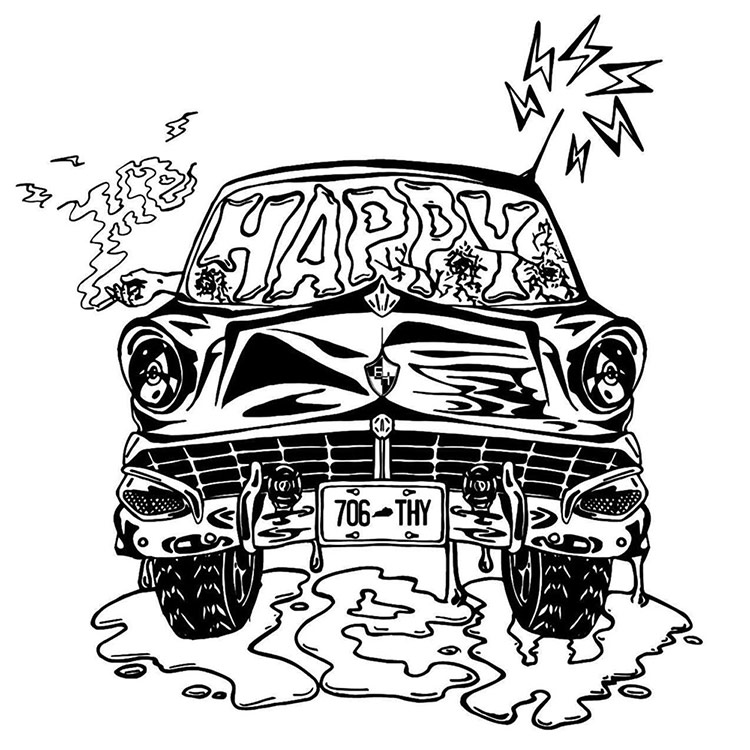 Releasing a demo automatically excuses the music from lengthy criticism and recording flaws, but, with this aside, there’s something worth noting about Demo 2. Its fast sound and fuzzy vocals make it attractive and incredibly DIY, and that’s the charm. The lyrics in general don’t really matter, with subjects being high school anarchy and grandpas that looked like Buddy Holly (didn’t everybody’s though?), but I don’t think that’s the point of Demo 2. “7:06” has a grungy bass line like Stray Cats’ “Stray Cat Strut,” pushing it toward psychobilly, although the PG version; “Ugly Mug” has a slower tempo, solid harmonizing, and if you’re going to repeat “Clowns are happy” 20 times, then I believe you. With Demo 2, The Happy Yew cordially invites you to mosh.