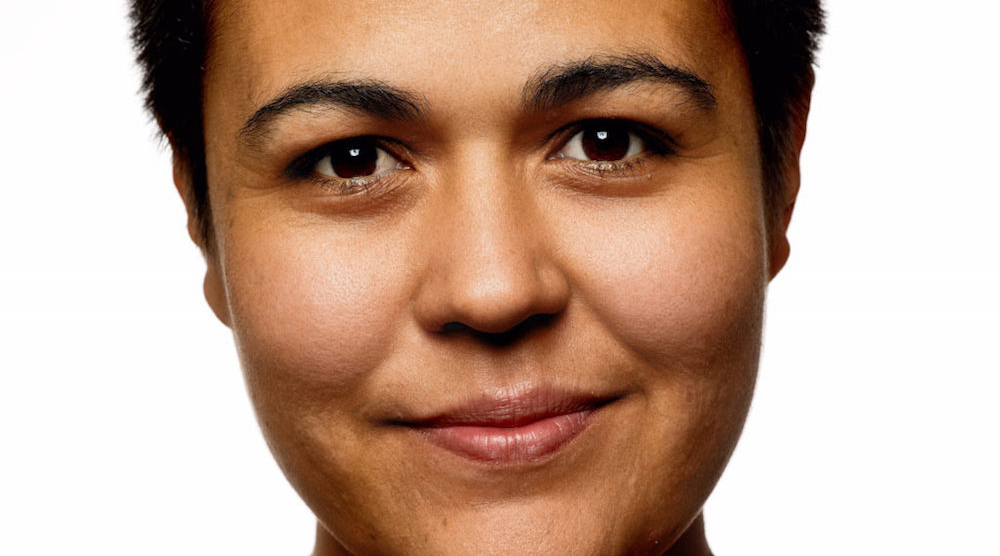 In Lily Padilla’s script for “How to Defend Yourself,” the line breaks are set up like poetry.

The play about a group of college students — male and female, racially and ethnically diverse — who have come together for a DIY course in self-defense after a sexual assault on campus.

Padilla told me the play “is about sex.”

“Which is to say it’s about power and belonging and tenderness. It’s about falling in love, claiming oneself and reaching for freedom inside the capitalist patriarchy,” the 29-year-old said in a phone interview.

Although the play’s scenario is fictional — she’s never taken part in a self-defense class — the story is rooted in her lived experience as a survivor of sexual assault at 17.

“It was triggering material that I knew I wanted to write, but it felt eeky and squirmy and shameful. I had deep anxiety and panic attacks. But I have felt very held by all the people who have worked on this play and by my partner, Dylan Key, who is a director and dramaturg. And now I think of it as a kind of gift to my 17-year-old self who felt quite alone in trying to process my experience of assault.”

She started working on the play in 2016, long before #MeToo.

“Back then I had no consideration of hitting the zeitgeist,” she said. “It was something I’d been chewing and wrestling with. All the plays I write come from personal questions that I’m grappling with, and this play is about what it is for a community to really witness the assault of their own, but then also witness the dynamics of how fast the rape culture moves through them in real time and in their own biographies.

“In each piece I write, I find essentially the same plot line: strangers become family. I think of rehearsal as a laboratory for how we might be together.”

Padilla started as an actor. “I always approach things via characters. I’m really fascinated by well-intentioned people saying things that can be wrong, but still being good people — and in their attempts toward goodness messing up along the way. I’m not interested in ‘moral centers,’ and I don’t think anyone is the moral center of the play. And I’m so uninterested in villains. I think the idea that there is a ‘villain’ is a total fallacy, because I think that systemic violence is really the villain and that’s not inside one person.”

As Padilla writes, she said, the characters, “come to sort of inhabit my body. Rhythm is very important to me and I think each character has a distinct rhythm and want to make sure the dialogue is rhythmically true to them.”

But for this play, the writing room was just the beginning of an intensely collaborative process that included her writing colleagues at the University of California, San Diego, Kim Rubinstein, who directed at UCSD, and the various actors who’ve worked on the play over time.

In rehearsals, Padilla has a routine: “I sit on the floor with a script and a drawing pad, and I just really listen deeply to everything — to the conversations, what’s moving through the actors, what questions they have, but just how they’re doing. My listening is less about what they say literally and more the emotional tones. I think because of being an actor, I know in my body when something is off.”