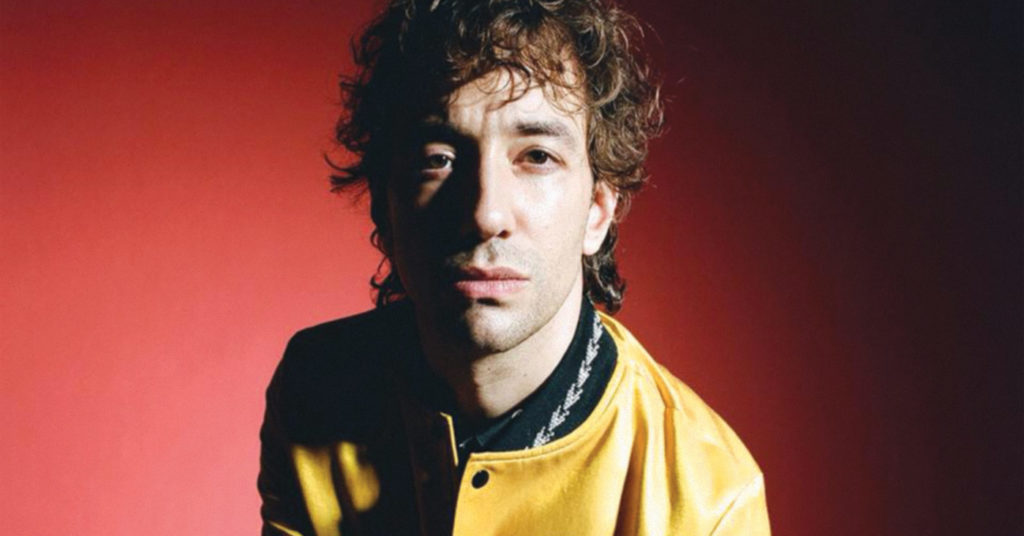 The Strokes founding member Albert Hammond Jr. hits town this week for a full-band performance in support of his most recent solo album, Francis Trouble. The record is named for, and delivered through the lens of, Hammond’s shadowy alter ego. Hammond has a hunch that this fun-but-dangerous persona was actually imparted to him by his twin brother who was lost to a miscarriage months before Hammond’s own birth. We recently caught up with Hammond by phone to discuss his darker side, as well as his latest flurry of activity.

LEO: You’ve traveled a long way personally and professionally from those legendary moments described in Lizzy Goodman’s book, ‘Meet Me in the Bathroom.’ What is your life really like these days?
Albert Hammond Jr.: Well, that’s a lot to think about all at once. I live quietly in upstate New York and, you know, I mostly just work on songs, and do the ordinary everyday stuff that people do.

In fall, there was an auction of some of your iconic Fender amps that was designed to benefit several nonprofit organizations, including the Otis Redding Foundation. How did that come about?
I was originally going to donate them outright so that they could be utilized directly by kids in music education programs. But, I was eventually convinced that it would be more beneficial to those kinds of programs if I sold them instead and donated the proceeds.

The new record is dedicated to your late friend, [noted psychotherapist] Andrew Park. What sort of inspirational role did he play for you?
I’ve always liked the idea of a hero’s journey. Andy was my mentor and he told me that upon his passing I would have to go forth to slay my own dragons and find my own adventure. He would definitely have appreciated the whole birth of an alter-ego idea because of all the [Jungian] shadow work we had done together. Since most alter-egos don’t come with the cool origin story of a lost twin experience, I decided to have some fun with that concept on this album, in Andy’s honor.

It sounds like you’ve been reading Joseph Campbell.
Yeah. And I also discovered that all of his conversations with Bill Moyers are on Netflix now. Even just listening to a little section of those can be so enlightening.

Do you think sobriety has impacted your approach to writing a song or playing a show?
I feel like I have a better understanding of everything now. Usually the reason you’re fucking yourself up, as an artist, is to enter that other part of yourself where creativity lies. When you’re young, it’s easy to believe that this is the only way to get there. It is one way, for sure. But I’m not a huge fan of romanticizing drugs and, by extension, death. Self-destruction is a cheap version of the journey. •