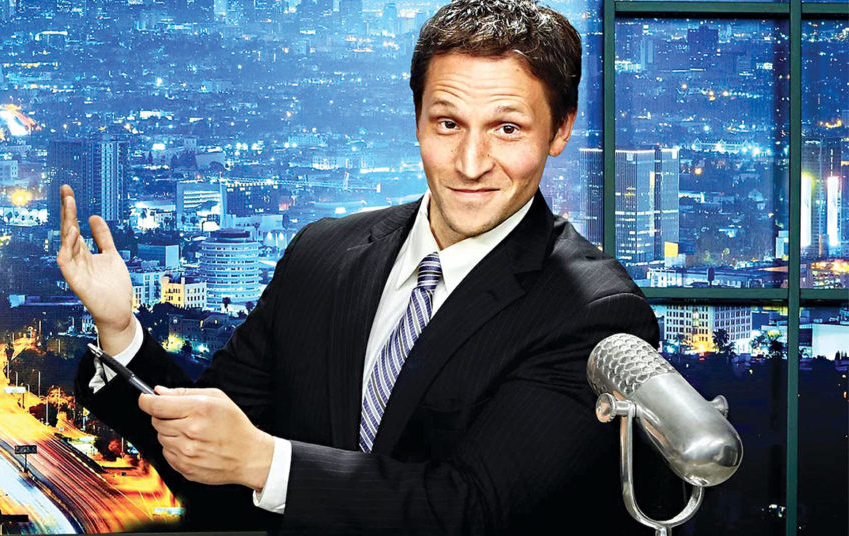 Comedian Jonny Loquasto told LEO that, “In my head, I’ll always be a fat kid,” but that has made him a better adult. “It goes for anyone who was discriminated against as a kid,” he said. “Whether you’re fat, your race or religion, you deal with people looking at you in a different way.” He has been seen on “Comics Unleashed,” “Gotham Comedy Live” and “Stand Up & Deliver.” He also does play-by-play for “Championship Wrestling from Hollywood” and hosts “Wrestling Compadres Slamcast” on Fox Sports. This week, he headlines The Caravan.

LEO: Did you have a funny family?
Jonny Loquasto: Not really. Both of my parents are nurses, my brother has a Ph.D. in chemical engineering. I also went into the medical field and got my degree in physical therapy before I started doing stand-up. I think my sense of humor comes from my grandfather, and honestly, just being a fat kid. You have to develop a sense of humor at an early age or it’s going to be very, very difficult.

You’ve said you didn’t lose your virginity until you were 22. Was that a religious thing? A fat kid thing? Why so late?
It definitely wasn’t a religious thing. Maybe, partially a fat kid thing. I just never had a girlfriend until I was 22 years old. I was, actually, almost 23. There’s no major story to it. I just wasn’t that worried about it. When it happened I was in a relationship, and it was fine. Nothing earth-shattering. It was like, ‘OK, so that’s what that is.’ I was focused on doing other things.

You are also a professional wrestling play-by-play commentator.
Yeah, I’ve been doing that for eight years. I do play-by-play for Championship Wrestling from Hollywood, which airs all over the country. I was also part of a team who took live wrestling to Pakistan for the first time last year. It was supposedly the first live entertainment they’ve had since 2009.

Did you happen to see where actor David Arquette got seriously injured in a wrestling match?
I did. Actually, I’ve worked with David before. He is a legit wrestler. His return to wrestling after so many years was on our show. I don’t know how that happened last week and why he was involved in that. But I give him credit for saying the reason he got hurt is that he was too inexperienced, and he shouldn’t have been in that match. He put it on him and not the sport. Arquette is a ballsy guy. He’s successful. He has all the money he’ll ever need. But once you catch the wrestling bug, it’s something you never want to lose. He’s still out pursuing the things he loves. More power to him. Was that a wise match for him to be involved in? Probably not. But do you know who isn’t complaining about it? David Arquette.

Have you thought about getting in the ring?
Honestly, the physical therapist in me is like, ‘Umm, Nope.’ A thing here and there, sure. But I’m not going to do anything crazy.

Tell us the title of the definitive Jonny Loquasto biography.
I think, ‘Always a Fat Kid.’ That covers everything. There’s obviously a sad part to being a fat kid. But it also gives you a very specific perspective on life. Everyone I meet who grew up as a fat kid, like myself, ended up being a very well-rounded adult. It goes for anyone who was discriminated against as a kid. Whether you’re fat, your race or religion, you deal with people looking at you in a different way. It makes you angry, but it gives you perspective. In my head, I’ll always be a fat kid. That always keeps me mindful of other people and wanting to help other people. I’m proud of what that taught me and having turned it around. •