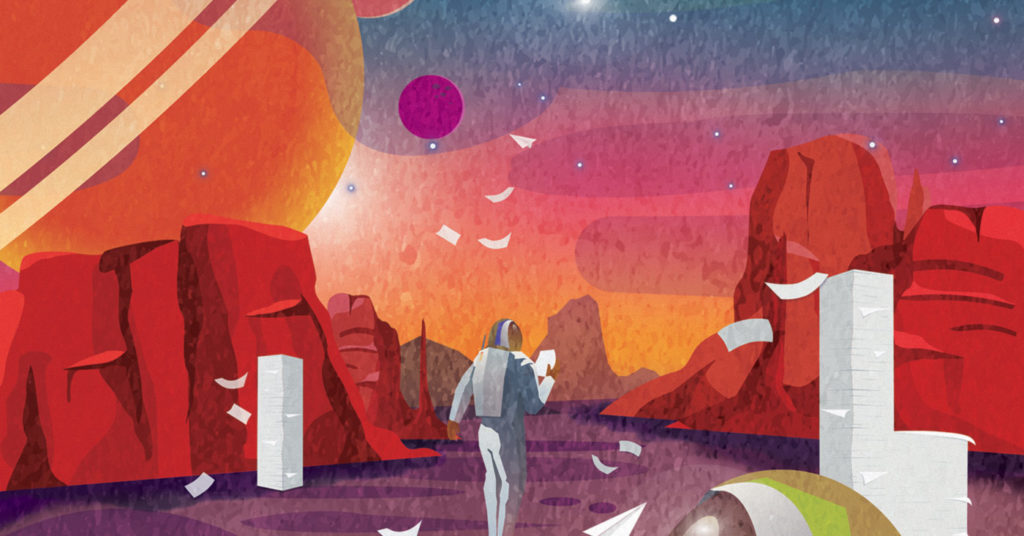 This is a transitional year for Actors Theatre of Louisville’s 43rd Humana Festival of New American Plays, the lineup of which was announced Thursday.

Les Waters’ tenure as the company’s artistic director, from 2012 to 2018, ended this summer. The company has not yet announced a successor. Under Waters’ leadership, the Humana Festival built on its legacy season after season by staging productions that earned local and national critical acclaim, even as they sometimes polarized local audiences.

Based on an advanced look at the five plays on this season’s bill, it appears the 2019 Humana Festival is moving from strength to strength with an intriguing and adventurous mix of provocative plays from voices known and unknown. 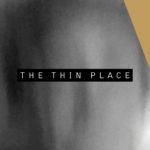 ‘The Thin Place’
By Lucas Hnath
Directed by Les Waters
Commissioned by Actors Theatre of Louisville
March 5 – April 7 in the Victor Jory Theatre
The creative partnership between playwright Lucas Hnath and Director Les Waters is among the most interesting in American theater. The two first met during the 2012 Festival when Waters saw Hnath’s “The Death Tax.” Subsequently, they worked together on “The Christians” (Humana 2014). Hnath’s work is passionately rational, while Waters is a fabulist with a love of mystery. Hnath’s “The Thin Place,” a commissioned piece, finds the two artists delving into the world of spiritualists and séances as they explore the porous boundaries between the living and the dead.

“Everyone who ever died is here, just in a different part of here. And if you listen, really listen, you can hear them — in the thin places — the places where the line between our world and some other world is very thin. It’s like if you were to imagine an octopus in an aquarium, pressed up against glass… except that there’s no glass, and no octopus.”

Hnath is the Tony-nominated author of “The Christians,” “Death Tax” and “A Doll’s House, Part 2.”

“The Thin Place” is a recipient of an Edgerton Foundation New Play Award. It was developed at the Colorado New Play Festival, June 2018.

His plays have been produced nationally and internationally, with premieres at the Humana Festival of New American Plays, Victory Gardens Theater and South Coast Repertory. 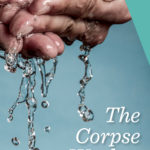 “The Corpse Washer,” by Iraqi novelist Sinan Antoon (now living in the U.S.), follows a path in looking at the relationships between the living and the dead. Set in Baghdad, it’s the story of a young man whose yearning for a career in art is thwarted when war forces him to take up the family’s traditional occupation — the ritual cleansing of the bodies of the dead. This theatrical adaptation is also an ATL commission, written by Palestinian-American playwright and poet Ismail Khalidi and MacArthur Fellowship-winning (and Kentucky native) playwright Naomi Wallace, whose work is familiar to ATL audiences.

“In an Iraq beset by decades of war and occupation, Jawad faces a difficult choice. Must he follow in his father’s footsteps washing the bodies of the dead — an honored Muslim tradition—or can he pursue his dreams of being an artist?”

“The Corpse Washer” was developed with support from New York Theatre Workshop.

Khalidi is a visiting artist with Teatro Amal in Chile and holds an M.F.A. from New York University’s Tisch School of the Arts.

Naomi Wallace’s plays include “One Flea Spare,” which was incorporated into the permanent repertoire of the French National Theatre, the Comédie-Française. Only two American playwrights have been added to the Comédie’s repertoire in 300 years. 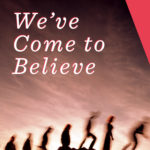 ‘We’ve Come to Believe’
By Kara Lee Corthron, Emily Feldman and Matthew Paul Olmos
Directed by Will Davis
Performed by the actors of the 2018-2019 Professional Training Company
Commissioned by Actors Theatre of Louisville
Feb. 24 – April 7 in the Bingham Theatre

Over the last few years, thanks to a grant from the Roy Cockrum Foundation, the ATL Professional Training Company (which used to be known as an “apprentice” company) has become a formidable platform for launching the careers of young theater folks in every aspect of the profession. And recent PTC Festival productions have been dazzling examples of great writing, ambitious performances and ingenious production. This year’s production, written by Kara Lee Corthron, Emily Feldman and Matthew Paul Olmos is called “We’ve Come to Believe” — and in a world where some folks think of “truths” and “facts” as infinitely malleable, this sounds like a timely production.

“Consider the raw power of group-think: hordes of collectors losing their minds over the latest consumer fad, hundreds of followers duped by a charismatic leader, and entire communities gripped by irrational panic. How do so many people come to share the same bizarre beliefs? How would we know if we are the ones who are deluded? Writing for the actors in this season’s Professional Training Company, three fearless playwrights dive into the absurd and sometimes hilarious world of collective delusion, and the alarming places it can lead.”

Kara Lee Corthron has written many plays but also is the author of the young adult novel “The Truth of Right Now,” from Simon & Schuster, is under commission from La Jolla Playhouse, and writes for the TV drama “You” on Lifetime.

Emily Feldman is a member of Interstate 73 at Page 73, The Orchard Project NYC Greenhouse and Two River Theater’s Emerging Playwrights Group. She received her M.F.A. from the University of California, San Diego and her B.A. from Middlebury College.

Matthew Paul Olmos is devising the American Nationalism Project, developed through New York Theatre Workshop, and a play with music, “We Walk Along The Christmas Bridge,” developed through Center Theatre Group. 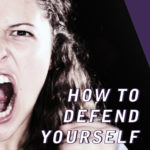 “Your body is a weapon. So says Brandi, who starts teaching her peers self-defense after fraternity brothers assault one of her sorority sisters. Joined by two male classmates who show up in support, the group learns how to fight back, while wrestling with their own complicated experiences and desires. But how much can a class actually teach them about protecting themselves—and each other? Visceral and provocative, ‘How to Defend Yourself’ examines the impact of rape culture, on campus and beyond.”

Lily Padilla writes about sex, intersectional communities and what it means to heal in a violent world. She just received her M.F.A. from the University of California, San Diego, where she was mentored by Naomi Iizuka, Deborah Stein, Allan Havis and Kim Rubinstein. She is a community builder who looks at rehearsal as a laboratory. 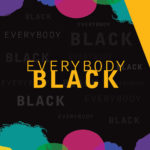 “When some wealthy white folks offer a big paycheck, a black historian agrees to write the definitive version of The Black Experience™. The problem is, the historian has never met another black person. What emerges is a blisteringly funny satire filled with unforgettable characters, including a brazen Barack Obama here to set the record straight, and a talk show about black people addicted to dating white people. With searing wit and bold candor, ‘Everybody Black’ explores how we chronicle — and make sense of — Black History.”

Dave Harris is a poet and playwright from West Philly who received his B.A. from Yale University and is a second-year M.F.A. playwright at the University of California, San Diego. •

How to get tickets:
Weekend packages for the 2019 Humana Festival of New American Plays are now on sale. Single tickets go on sale Jan. 3, 2019. Several ticket packages are available, including one for college students, faculty and staff for March 22-24. For more information, visit ActorsTheatre.org or call the Box Office at 584-1205.