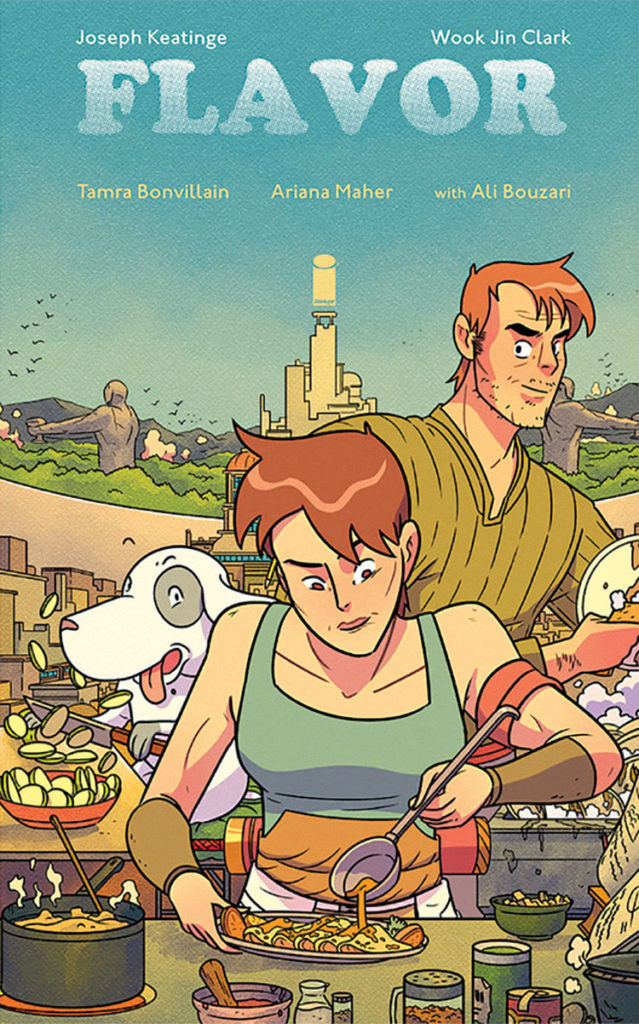 Writer Joseph Keatinge and artist Wook Jin Clark come together to create “Flavor,” the story of a girl fighting against a culinary arts-based system in an attempt to save her family’s restaurant. Xoo is a young, untrained chef on the hunt for the rare and valuable Garuda truffle, a search that gets her in over her head. She is surrounded by a society working against her, and the only thing on her side is her skill.

“Flavor” features whimsical world building similar to those found in Studio Ghibli films. We see that there are specific statutes about the uses of spices, an ice cream tavern (with its fair share of pub brawls) and a prestigious school for aspiring chefs. We are introduced to a colorful cast of characters, including Xoo’s talkative pup. This whimsy is undercut, however, by a seedy conspiracy that Xoo finds herself swept up in.

Taking their writing to the next level, the creative team features a food scientist. Ali Bouzari acted as a consultant on all things culinary. Included in the trade is her own recipe for crêpes as well as an article about the effect of time on the flavor of our foods. She takes her knowledge of real-world food and turns it quirky.

For fans of “Iron Chef” and “Howl’s Moving Castle,” “Flavor” is a ride through a culinary funhouse. • 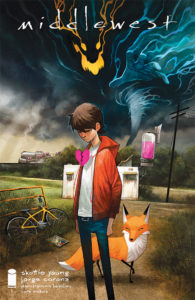 I was initially drawn to this book, thinking it was going to be a supernatural story. Then, as I was reading it, I thought, no, it’s actually a pretty realistic drama about a boy with an abusive father. Then, a talking fox appeared, and things got weird (in a good way!).

Abel is a boy, a paperboy who lives in the Midwest, oversleeps and is awakened by his father berating him for the phone calls he’s getting from people who haven’t gotten their newspapers yet. When he rushes out to deliver the papers, he meets the fox, which obviously knows him. Before he manages to get his job done, a strong wind blows the papers all over the place. The fox advises him to go and live a little, since “you can’t deliver papers you don’t have.” This puts Abel on a path that gets him in even bigger trouble with his father.

The story then goes from “normal” to way out of the ordinary. The art by Jorge Corona is expressive, and the colors by Jean-Francois Beaulieu are perfect for this extraordinary “kid-on-a-quest” story, as Skottie Young, the writer, describes it. I can’t wait for issue two to see where this is going! •