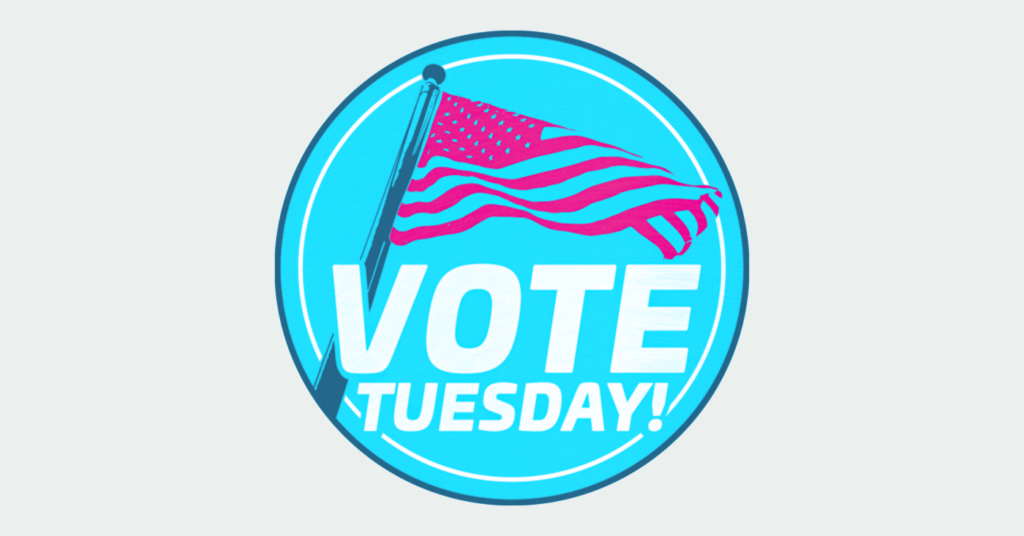 Shakespeare in the Libraries: ‘The Taming of the Shrew’
Various locations
Free  |  Times vary
Three days this week, a two-person troupe from Kentucky Shakespeare will perform a one-hour take on the Bard’s classic comedy “The Taming of the Shrew” at various Louisville Free Public Library locations. Performances start Monday at the Crescent Hill Library (7 p.m.) and also talk place at the Westport and Iroquois locations on Wednesday (4 p.m.) and Thursday (6 p.m.), respectively.

Vote!
Your Polling Place
The freest |  6 a.m.-6 p.m.
The most bang-for-your-buck event all week guaranteed: cast a ballot for free and help decide the future of Louisville, the Commonwealth and the country.

To find out where to vote (and to see who’s on your ballot), go here.

You will be asked to provide some sort of identification at the polls (unless you know the precinct officer), which can include a driver’s license, Social Security card, credit card or an ID card issued by the U.S. government, the county (if it’s approved in writing by the State Board of Elections) or the state (if it includes a picture). Another form of ID is fine, too, as long as it contains both a picture and a signature. A photo ID is not necessarily required (see Social Security card, etc.).

If you feel that you were unlawfully denied the right to vote, call 866-OUR-VOTE, an election protection hotline.

Missing out? Register for the next election here.

Election Watch Parties!
Various locations
No cover  |  Times vary
After all that exhausting voting (read: It’s not that hard), wind down — or get wound up — at an election night watch party to watch the results roll in. Some even include games and deals!

Snack on free crack fries all day at HopCat for their election day festivities, which end with a classic watch party. Go straight from work to  Old Louisville Brewery at 5 p.m. for VIP pricing on pints with an “I Voted” sticker or wristband. Feel official at the Democratic Watch Party, hosted by U.S. Rep. John Yarmuth’s and Mayor Greg Fischer’s campaigns with appetizers and a cash bar available. Or flex your intellect at Chill BAR’s and Gravely Brewing Co.’s trivia night watch parties.

Social Sciences on Tap
NABC Bank Street Brewhouse
No cover  |  6-8 p.m.
Every second Thursday, faculty members from Indiana University Southeast’s School of Social Sciences come to New Albany’s Bank Street Brewhouse to discuss a broad range of topics with the community. This month: “Journalism Ethics in the Trump Era,” from Professor Ron Allman who will be talking truth, privacy, conflicts of interest, libel and hate. Come to talk passionately and drink beer.

Veterans Day Parade
Jefferson Street
Free  |  11 a.m.-1 p.m.
Since 2011 (after a 60-year hiatus), Louisville has celebrated Veteran’s Day with a parade, beginning at 11 a.m. — the time the ceasefire to end World War I took effect. Approximately 80 units will march from Seventh and Jefferson streets to Fourth and Jefferson streets to honor American veterans, active duty armed service members and their families. Major Gen. John R. Evans Jr.  of Fort Knox is the grand marshal of this year’s parade.

CHEW, GRLwood, Lashes
Kaiju
$5  |  9 p.m.-12 a.m.
Nothing like a cheap, Friday night show. This magical, musical evening features CHEW, a psychedelic outfit from Atlanta, GRLwood of Louisville “scream pop” fame and Lashes, another heavy duo, this one from Cincinnati.