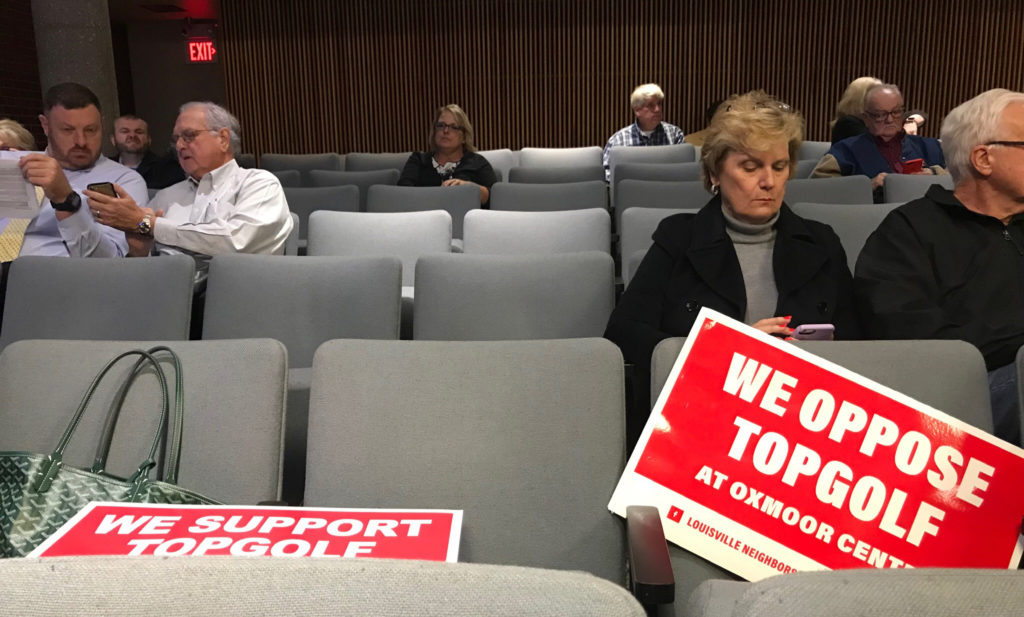 It took three public meetings, lengthened by impassioned residents speaking on both sides of the issue, but Topgolf will now be moving to Metro Council members for consideration.

Louisville’s plan commission members, who voted unanimously Thursday to favorably recommend the driving range, largely ignored a last-ditch alternative from opponents to move the Topgolf facility from the empty Sears building in Oxmoor Center to vacant land near the Watterson Expressway.

“I’m in agreement that this follows the comprehensive plan, and I think this is the best place for it,” said Vince Jarboe, the commissions’ chairman.

Cliff Ashburner, an attorney representing Topgolf, said, “Topgolf identified Oxmoor Center as the site when it came to town, and that’s what we’re sticking with.”

Topgolf was passed with several variances and a waiver, including a consideration allowing the developers to install poles up to 175 feet tall.

Residents did not have a chance to speak at Thursday’s meeting. They were largely silent, although a few laughed sarcastically when a commission member referred to Topgolf’s lights as “dim.”

David McLaughlin, a resident who opposed the development, said he was disappointed in the commissions’ decision, but that he’d be making his voice heard at future meetings.

“This is not something you walk away from,” he said.