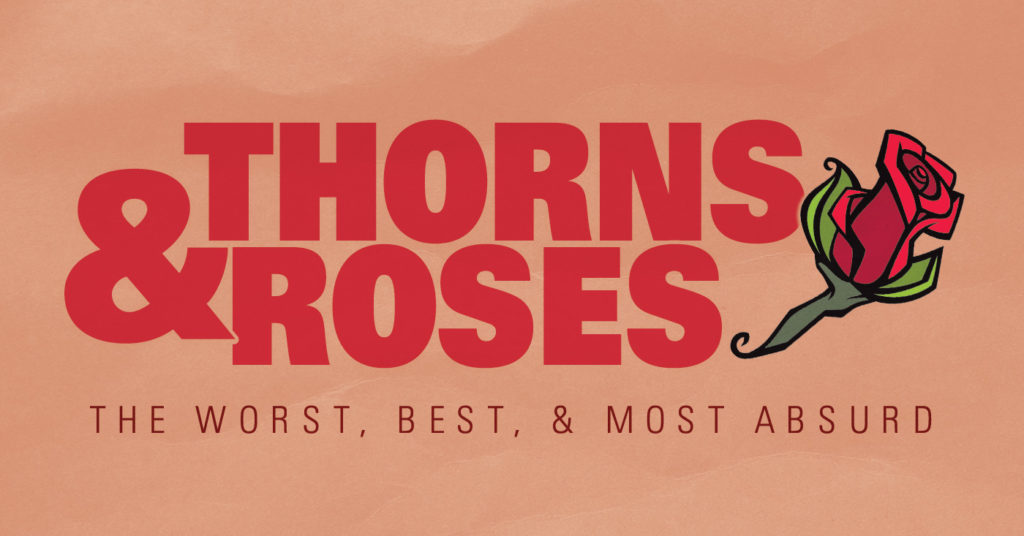 In their first debate, Republican mayoral candidate Angela Leet attacked Mayor Greg Fischer on the issue of crime, stating as fact the existence of “children who step over body bags when they get off the bus.” Where do you live, Angela?! In the second debate, she said, “We have the homelessness of San Francisco, the violence of Chicago, and we are one employer away from becoming the next Detroit.” We won’t waste our ink and your time refuting her hyperbolic nonsense. What we want to know, Angela, is: When you lose the election, will you move from Louisville, since it is such a horrible place? (Which, by the way, you have some complicity in creating, as a councilwoman since 2015.)

When white people get upset  |  Thorn

They filled rooms, chanted, hoisted signs and hired a PR firm to battle for their side. Was it to protest ICE, the city’s rash of shootings or the need for Narcan in schools? No, it took the Topgolf project to bring out the protesters in such numbers. Pathetic.

No dog in that fight  |  Thorn

Our grand and disgusting U.S. Sen. Mitch McConnell was hounded at dinner again, this time at Havana Rumba, and it was recorded. “I am going to sell it to TMZ,” the taper exhorted (she did), while the protester argued with other diners, and Mitch tried to retract his head into his down vest. The man threw Mitch’s doggie box into the street, which raises a big question: What was he going to do with the food? We know he derives his nutrients from misery and humiliation. His mouth-hole is only for show and to spew nonsense and invective. Plus… we know he does not have a dog.

Now it all makes sense! IL must have a random-word machine!