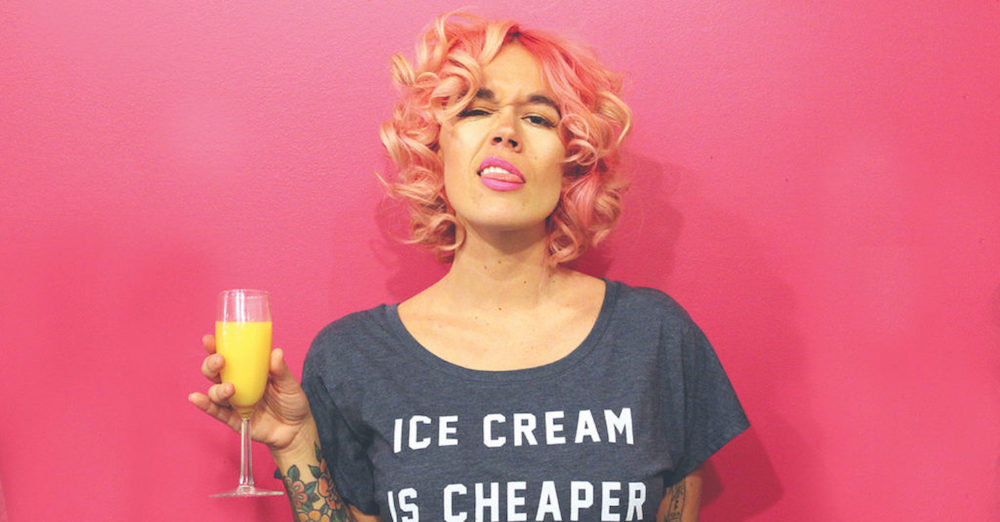 I have this polite, easy strategy in an effort to lessen plastic straw use on my bar shifts. I simply ask my guests, “Do you need a straw?” Or, I give them just one that they can reuse for each cocktail. It’s not a strategy that’s going to save the planet from the approximately 500 million single-use plastic straws that get crammed in the mouth-holes of Americans every day, but it does implore my guests to simply think about their consumption with intention.

Do I need a straw?

It is a painless question we can all ask ourselves upon every bar or restaurant visit, one that can evolve into routinely (again, politely) requesting, “no straw, please,” so that we can think about our consumption with intention. There will be more plastic in the ocean than fish by 2050 if we stay our course, according to the Lonely Whale, an organization that creates impact campaigns through viral movements on behalf of our ocean (including For A Strawless Ocean, the campaign that pushed for Seattle to become the first major city to ban plastic straws and utensils). It seems as though it’s time for us to stop sucking and start caring, and look to establishments that have chosen plastic straw alternatives for their patrons.

Much of the #StopSucking movement, which Lonely Whale began, arose after a viral video in which marine biologist, Christine Figgener, filmed her colleagues removing a barely recognizable plastic straw from a sea turtle’s nose. The turtle is clearly suffering, and seeing such an innocent creature in agony due to the frivolous, unnecessary waste of humans, elicited an emotional response for action from many folks across the nation. Figgener told Time magazine in July of this year that people tell her all the time that the “video changed their habits.”

Still, gut-wrenching images aren’t enough for some to enact change in their own lives. Just last week, I was slinging libations for a large group that comes in quite frequently, and one patron was ordering her third vodka cranberry. I handed her a strawless drink, after I knew I’d already given her one for her first and, perhaps, even second beverage. She saw that it was sans straw and proceeded to reach across the bar, over another guest to the napkin/straw holder to grab one. “Oh!” I said, “I thought I’d already given you a couple! Think about the turtles!” I half-joked, hoping she’d come to her senses. “I know! I’m terrible!” she exclaimed, and shoved the straw into her mouth jovially before sashaying away. This interaction made me realize that we can’t, in fact, rely on the decision making of booze-filled bar-goers (why on Earth would I think that in the first place?). We’ve got to implore our employers to purchase sustainable options and support establishments that already do.

So, where in Louisville can you find such options?

While I sadly haven’t created an entirely comprehensive list, a few of my favorites include The Limbo tiki bar (those biodegradable striped straws are just so goddamn cute in their quirky cocktails), Proof on Main and Butchertown Social (I threw one in my Zima this weekend at their amazing ‘90s night). Odeon has metal straws, and both Ngon Apetit and Lupo use hay! Straws made from hay stalks (gluten free, and no plastic packaging!). Apparently, there’re even pasta straws out there — soggy noodle in your margarita, anyone? There are also Koffie Straws made specifically for hot beverages, or you can snag a stainless steel portable straw (some even come with a keychain), stick it in your purse and bring it along when you go out. I got mine, which is a beautiful iridescent unicorn color, locally from Block Party Handmade Boutique for under $4, and it even came with a little cleaning stick. A straw for your straw, if you will. Just don’t leave it at Chik’n & Mi like I did, or the bartender will chase you down.

We’re living in a time where it feels like every decision matters, and, for some, it does. While I don’t believe every person in America has access to a metal or reusable straw, or that it’s feasible for them (it’s important to consider socioeconomic barriers and the community of people with disabilities when we apply policies such as an all-out straw ban), I do believe that it’s incredibly important to live with intention. And if I can feel a tad better about my own carbon footprint while throwing back negronis, you better believe I’m into it.