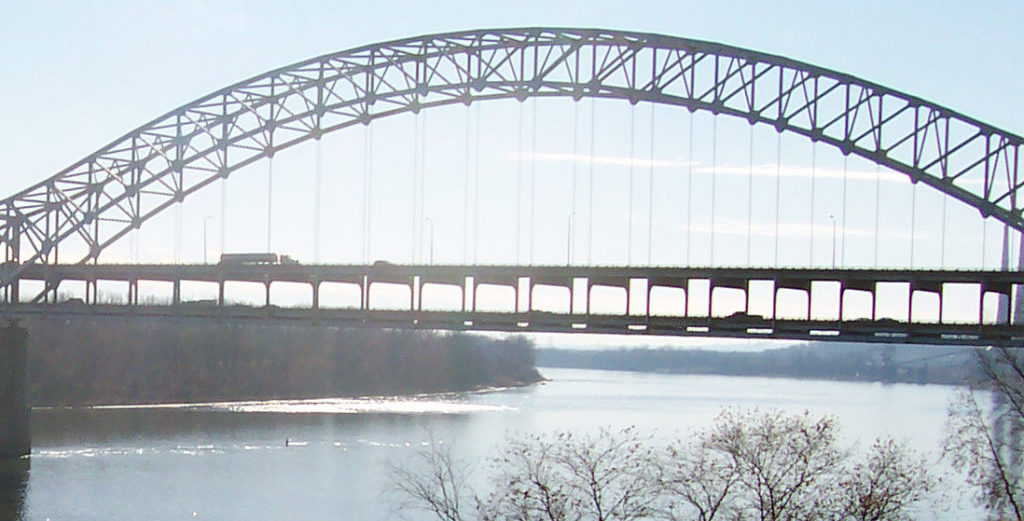 Amber Jones’ Saturday morning ritual is as follows: She and her husband pack up their twin infant daughters and drive over the Sherman Minton Bridge from their home in the Shawnee neighborhood to the Kroger in New Albany. The one on West Broadway does not have the fresh produce that she said her family eats.

On other days, they go to the New Albany Target, the closest one to them, and to sit-down restaurants, because there are fewer in West Louisville.

“I think it’s unfair that I have to leave my community for basic necessities,” Jones said.

This lifeline for Jones, Sherman Minton Bridge, may close entirely, or partially, in 2021 for construction, profoundly affecting her and other West Louisville residents who use it for groceries, retail and entertainment unavailable near their homes.

West Louisville residents and community advocates interviewed for this story agree the bridge work is needed, but they want the state to keep at least part of the bridge open during the work.

The bridge carries 90,000 vehicles a day on its six lanes.

Project spokeswoman Andrea Brady said nothing has been decided yet, and any plan will include ways to relieve problems West Louivillians might face.

“The key defenses we have now are much more time to plan and to get public input,” she said.

Haven Harrington, president of the Russell Neighborhood Association, believes officials are aware of the problem, but he said, “I just don’t think they care.”

Just ask Bob Blume, who remembers when the Sherman Minton closed in 2011 because of cracks in the 56-year-old bridge’s steel. The repairs created what was known as “Shermageddon,” traffic backups and shifted work hours.

Blume, who lives in Shawnee, had to drive 20 extra minutes over another bridge to get to the home supply store that he’s patronized for 15 years to run his business, Blume Remodeling Kitchen and Bath. He still uses the Sherman Minton every day. He drives across it to go to PC Home Center and Home Depot, and he, too, prefers the New Albany Kroger.

“So yeah, shutting it down would really affect me,” he said.

The Fresh Stop Market locations are  alternatives to Kroger for West Louisville residents who need choices, but the one in Shawnee, at least, is closed from November to May.

Brady said the project will extend the Sherman Minton’s life another 30 years. Repairs will focus on its decks, structural steel elements and hangar cables; new lighting; drainage and painting.

The project, a joint effort of Kentucky and Indiana, is expected to take two to three years, but beyond that, little is set. It’s not decided whether the bridge will close completely or partially, and it’s not clear when those closures will occur. Brady said that the bridge will not have to be closed for the entirety of the project, either partially or completely.

A recommendation will be submitted by the fall or winter of 2019.

Two public meetings for comment have passed, but Louisville residents can email suggestions and concerns to [email protected] Two groups have been formed to advise the project team: a Community Advisory Committee, with city officials and business representatives, and an Environmental Justice Committee, which includes West Louisville advocates.

Harrington remains unconvinced that West Louisville’s concerns will be listened to. Harrington worries that typically the members of such committees are too similar to the people making the final decisions and may not reflect the neighborhood’s concerns. He doesn’t believe that the government would face enough political backlash if it ignores West Louisville’s issues. “Don’t have a strong political voice,” he said about residents of West Louisville.

Cathy Hinko, executive director of the Louisville Metropolitan Housing Coalition and an Environmental Justice Committee member, urged officials to consider the project’s impact.  “We have to keep the bridge upright,” she said. “We have to do repairs. But, how do you do it with the least harm to the people on both sides of the bridge?”