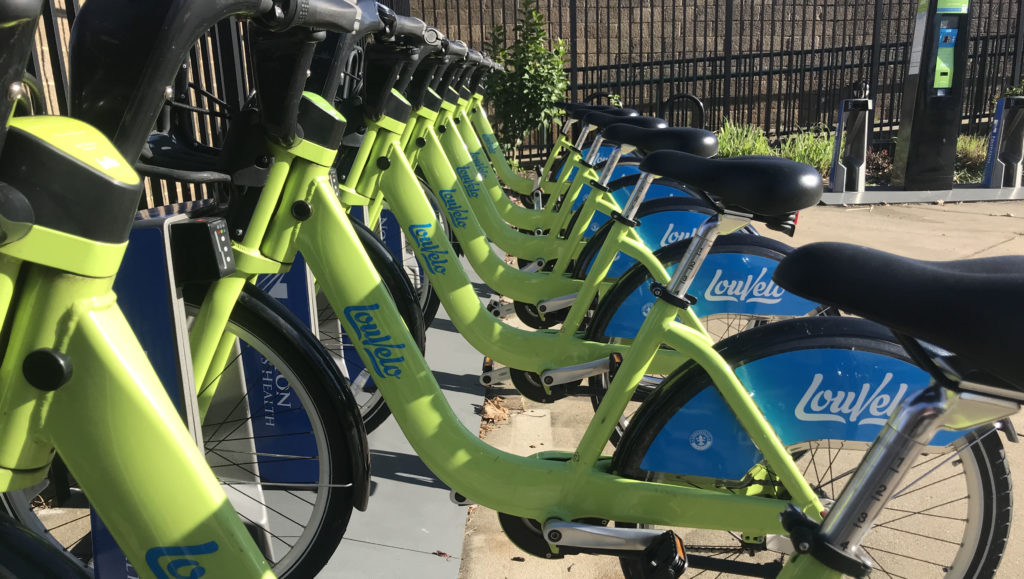 As Louisville’s bicycle sharing service, LouVelo, transitions into its second fall, this time surrounded by the newly introduced Bird scooters, its monthly ridership hasn’t risen much from last year.

The number of riders for LouVelo, which kicked off in May 2017, has not changed since the July arrival of Bird, according to monthly reports. But LouVelo General Manager Matthew Glaser told LEO it’s “ridiculous” to think that Bird has not taken away some business. He’ll know more after collecting four or five months of data post-Bird, he said.

The California-based Bird did not respond to a request for ridership numbers.

A city official welcomed the potential arrival of more LouVelo competitors, among them Bird, saying it is good have more options. “I mean, there are people who, for instance, might favor riding a bike because of the expertise involved as opposed to getting on a scooter that does all the work for you,” said Harold Adams, a spokesperson for the city Department of Public Works, which administrates LouVelo. “And then, of course, there are people who would favor the scooter for the very same reason.”

Bird scooters are unlike LouVelo bikes in that they don’t need to be docked, and they are electric. It costs 15 cents per minute, plus a $1 startup fee, to ride a Bird scooter, and $3.50 to ride a LouVelo bike for 30 minutes, although there are other package and membership options. Adams said dockless systems, such as Bird, tend to take up a large share of riders in cities that have docked and dockless vehicle options.

There will likely be more dockless vehicle competitors in Louisville soon. The city recently announced new rules for the vehicles, which could allow four companies to operate in the city.

Lime, another electric scooter company, confirmed to LEO that they will apply for a permit. Bird, although already operating here, has submitted its application, Adams said.

Glaser described LouVelo operations as “still picking up.” Despite the similarity in trip numbers, ridership revenues have increased from last year, he said — possibly due to new pass options for casual riders. LouVelo’s monthly and yearly memberships are increasing, too. The program now has 716, up from 153 in June, although hundreds were added in July and August from a new Humana sponsorship deal that gave employees free access to LouVelo for a year.

The service will add three more bike stations in Jeffersonville, potentially by next month, and four more stations at or near UofL in May 2019, which Glaser believes will boost LouVelo’s ridership to 140 to 175 trips per day, the number needed to keep the program going.

Among Bird users was Andy Daters, visiting Louisville for a veterinary conference. He said he saw LouVelo bikes and Bird scooters while touring the city, but when it came to picking a service as he made his way from one end of downtown to another, he chose Bird. For him, the decision was based on convenience. There wasn’t a bike station near his hotel, but there was a scooter.

Similar circumstances led Kerry Lemaitre, visiting from Canada, to pick a LouVelo bike over a Bird. He was on his way to the Big Four Bridge when he saw a docking station, and realized that it would be a quicker way to make his trip to Indiana.

LouVelo is working on actively increasing ridership with social media promotion and by seeking partnerships with local businesses, such as hotels.

The city is under a five-year contract with CycleHop, which operates the service. It has committed to appropriating around $50,000 a year to pay for LouVelo, according to a news release from when the service was first announced in April 2017. It was originally funded with $273,000 from the city, as well as over $1 million in federal grants and promises of $10,000 to $20,000 annually for three years from corporate sponsors.