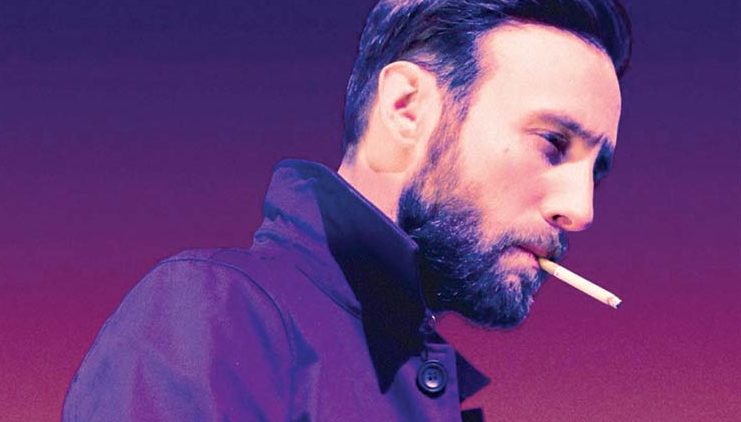 Singer-songwriter Ruston Kelly’s new record, Dying Star, is a raw and honest look into addiction. Written after an overdose, as he was working toward sobriety, the record digs into his past, in an evocative and contemplative way.

“It was completely therapeutic,” Kelly said. “It was necessary. I think artwork has always been synonymous with healing for me. The means to understanding myself, especially in a difficult scenario. It was super cathartic — to close the book on that chapter and move on once the record was finished.”

Dying Star is Kelly’s second release, a follow-up to 2017’s Halloween, an EP that racked up attention, with songs landing on television, as he started sharing stages with some big names in alt-country and Americana, including Jason Isbell and Robert Earl Keen.

“It was my first solo record, my first EP — it was the first thing that I ever did,” Kelly said about Halloween. “I was still using then, and found a way to be somewhat sober during the recording process. That record was definitely an in-the-black record, where Dying Star was let’s get out of this hellhole.”

Kelly is married to fellow country singer Kacey Musgraves, who released the excellent record Golden Hour this year. While they have their separate work, he said the two often workshop songs and give each other input.

“We’re pretty involved in each other’s process because we respect each other’s opinions quite a bit,” Kelly said. “I don’t think we would be able to have a lasting marriage if we weren’t profoundly inspired by each other. Listen to her record and listen to my record, and it’s like puzzle pieces that kind of fit together.”