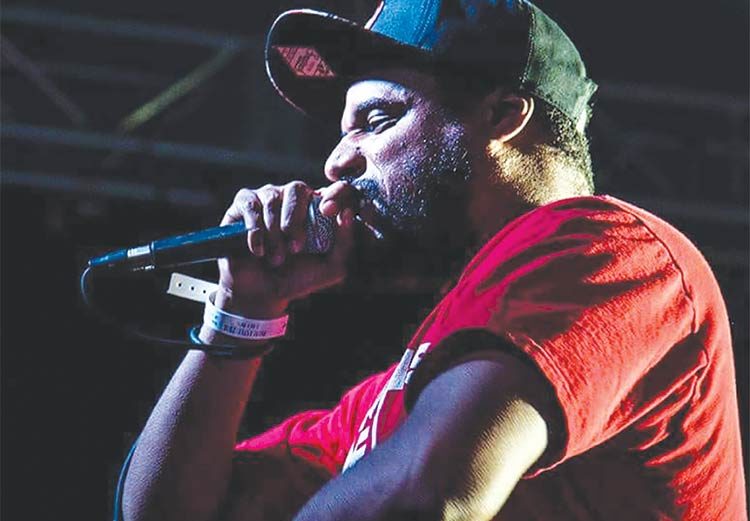 Finding a creative avenue through the madness of hostile partisan politics is overwhelming for many musicians, but that’s exactly what rapper Pronoun, aka Floyd Patterson, accomplishes with Context, his newest album, which will be released at Mag Bar this weekend. For Patterson, the Trump administration is the symptom of a larger, systematic problem in this country — apathy — which is the crux of Context.

Produced by AC, a German native whom Patterson befriended years ago, there is a grittiness to the album befitting the subject matter. The rhymes work on many levels, from the superficial to the sublime. Growing up in Long Island, New York, before moving to Louisville in 2014, Patterson was familiar with how Trump and former New York Sen. Hillary Clinton operated. Going into this administration, though, Patterson did a deep dive.

“Truth be told, I really had a fairly serious bout of depression,” Patterson said. “I’ve been heavily researching politics since Trump got elected. I had an idea of what he would try to do, but I had no idea how much Republicans would acquiesce. And my girl had to be like, ‘You need to stop.’”

From misinformation campaigns to marketing algorithms, Patterson is skeptical about the world, but he remains optimistic for a better tomorrow, and uses Context to state that we all have a voice.

“The easiest way to subjugate a people is to make them believe that change is impossible,” said Patterson. “We feel like it’s impossible, and now we have this fuckery. Everyone can make their voice when everyone votes. We forgot that better was good, so we just gave it up.”