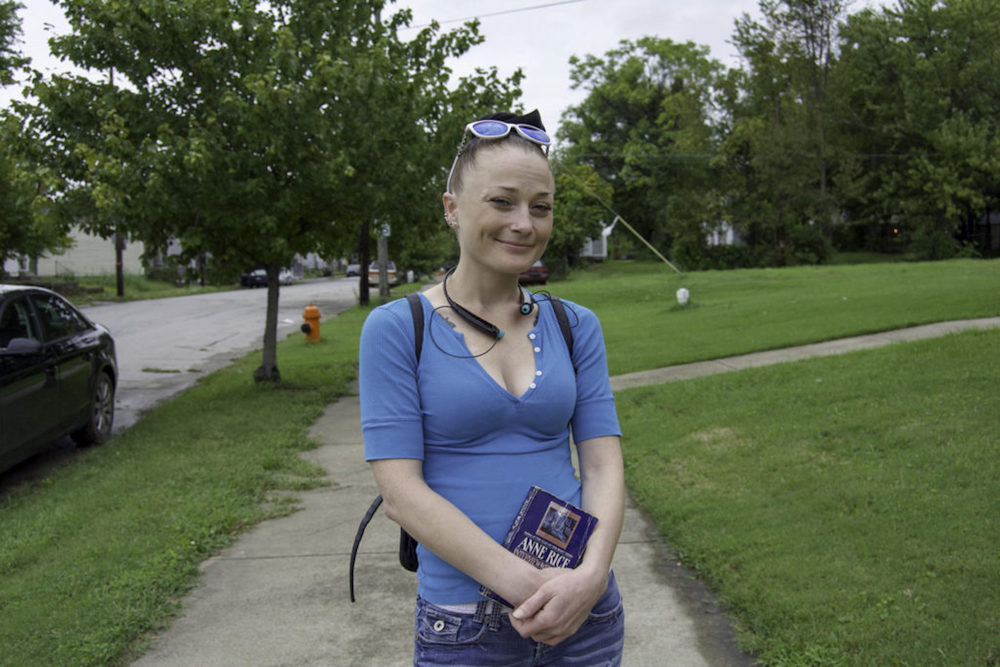 “I started off on 36th and Broadway, for about six years. Then, I did about five or six years in Portland, on 28th. I just moved over here to 20 and Chestnut, so I’m making my way east. A lot of people have a misconception of what The West End is really about. It’s not as violent and as crazy as people seem to make it. It’s actually a pretty close community. Sure, crime happens, just as anywhere else in the world. Things happen from Prospect to Fern Creek. It’s not that different.

The community sticks up for each other, even if they don’t like each other, especially in Portland. There’s generations upon generations that have never left Portland. There are certain people who will not grocery shop at Kroger. There’re grocery stores in Portland that they will go to, that’s been open for 70 years or more. Curtis Market is one of them. I used to live right down the street from them. It was an awesome place. It’s a very tight community, and I like it, but it was noisy. You get used to it once you’ve been there long enough.

Speaking of The West End, my children are so friendly because everybody in the neighborhood speaks to everybody. I can’t take my little boy for a walk without somebody yelling, ‘Hey, little boy! Here’s a dollar. Go get yourself some candy!’ My son is 4 years old, and he’s always speaking to the guy across the street. I think kids, growing up in this area, experience the tight-knit community. It just feels good when people make it a point to stop and speak to people. That’s how we do it here.

I don’t care if I’m rich or poor. I just want to be happy. I want my kids and grandkids to be happy, too. I wanna instill in their brains that happiness is what you make it. You can’t go seeking it, it’s what you make it. To be content with yourself and what you’ve got going on is everything. I learned that for myself. That’s the only thing I can pass on. You can’t do it over, you better live it. There ain’t no do-overs.

I want my children and grandchildren to be the best people they can be. The only way they can achieve that is if I’m the best person I can be. I don’t want them to be stuck-up — but more empathetic and open. People have forgotten how to relate to others. Keep in mind, rich or poor, fat or skinny, black or white, you have to be empathetic toward each other. We’re all human, regardless.”

“I’m about to start my movement at Simmons. It’s going to be called Let’s Talk About It. My vision is for our generation to be able to speak up and change what’s going on around us, because they’re trying to erase our history and memory of who we are. Let’s talk about it. It’ll be a growing thing to get our black community up and going again, because we’ve been asleep for so many years. It’s time to wake up and start coming together, like every other race. To be honest, my friend Keion, who is an artist, grew up in Sheppard Square. That’s where he jumped off the porch, not in a bad, but a good way. That’s where his struggle came from. He was just telling me about how they have torn down everything up east. He doesn’t even like going there anymore because all of the places that he once knew are all gone. A few months ago, we were walking through Beecher, and that pain that Keion felt, I felt it. When they tear down Beecher Terrace, it’s like all my memories will be gone. I’m not gonna have that anymore. It’s just something in me that wants to start a movement. We can’t change what’s already out there, but we can start something new. Together, we are strong. If we’re separate, we’re weak. I can’t do anything without you and my community. I need people to stand with me. Together, we’re strong.” •