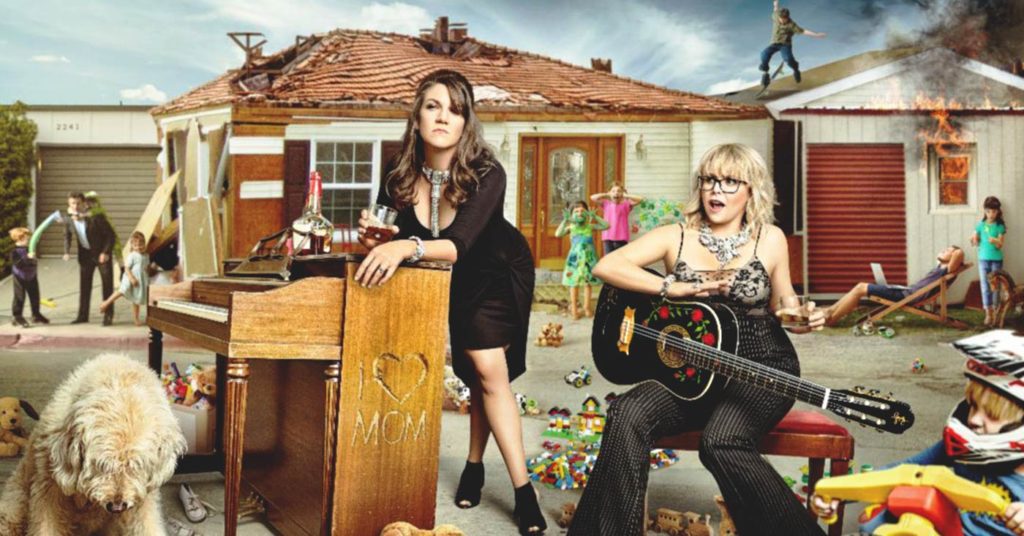 Imagine your mother as a vulgar, hard-drinking, sexually-empowered bluegrass singer. Got it? Now you have some idea of comedians Stacie Burrows and Shannon Noel, better known as Mommy Tonk, a musical comedy duo that is deeply rooted in the South, a fusion of honky-tonk music and funny. Noel is a Louisville native, and Burrows is a native Texan. Both of them are mothers, and their humor simultaneously embraces and rejects motherhood through laughter and a lot of cussing. They return to Louisville this week for one night only with their backup band, The Assless Chaps.

LEO: Who are your musical and comedy influences?
Stacie Burrows: I love an Australian guy named Tim Minchin. He’s not huge here in the states, but I would describe him as Bill Hicks and Lenny Bruce on piano. And they are also two of my big influences, as well.

Shannon Noel: Tenacious D and Flight of The Concords. They’re probably the biggest influences for Mommy Tonk as a whole. We have to tip our hats to our heroes. Tenacious D are masters of the craft. Garfunkel and Oates [the comedy-folk duo of Riki Lindhome and Kate Micucci from Los Angeles] are really great, as well. They’re like the non-childbearing version of us.

SB: So, they’re happy. They’re who we used to be. They’re untethered. The only thing they’re tethered to is a successful career.

SN: Also, Stacie and I both grew up singing in our church choirs. Now, we’d catch fire if we walked into a church. But we have this innate ability to harmonize with one another that is really magical and powerful.

SB: When you’re harmonizing filthy lyrics, you can pretty much get away with anything.

You all speak very honestly about the experience of being a mother — what are the reactions from people after the show?
SB: We get a lot of people who come up and give us a hug and just say, ‘I’m not alone.’ Women hear it, and they’re in on the joke. They feel like, ‘I’ve lived this.’ Then, men come. They get dragged to the show and usually end up laughing the loudest. They’ve never thought of it from that side before. And sometimes we’ll have young, single people show up and, they love it. They’re like, ‘Oh, that’s what my mom was thinking?’ We’re like, ‘Yeah, she wanted to throw you off a bridge. You were an asshole. Go hug your mother.’

How did Mommy Tonk come together?
SB: We met on a show called ‘Expressing Motherhood,’ which was a storytelling show. It wasn’t necessarily comedy. There were some really sad, dark stories. We’d never met and were both thrown on independently as the comic relief. Shannon goes up. She was pregnant at the time and had an infant. She wore nothing but a breast pump and pajama pants and delivered this amazing monologue. We instantly fell in love with each other’s sense of humor and were drawn to each other like magnets.

SN: Once you become a parent, most of your friends are made through your children and their lives. We both had kids, but we met outside of them, doing what we both loved, and I think that was something that really connected us. Also, Stacie’s kids are a little older than mine, so she was sort of my mentor, someone I could take advice from.

What’s the most irresponsible thing you’ve done as a parent?
SN: My son’s first words were, ‘Goddammit horsey.’ I don’t know what made him pair ‘goddammit’ and ‘horsey,’ but I had to curb that — you can’t say ‘horsey’ — it’s a goddamn horse. [Laughs.] He also said, ‘What the fuck, mommy?’ and ‘Learn to drive, asshole.’ I was like, this is getting embarrassing.