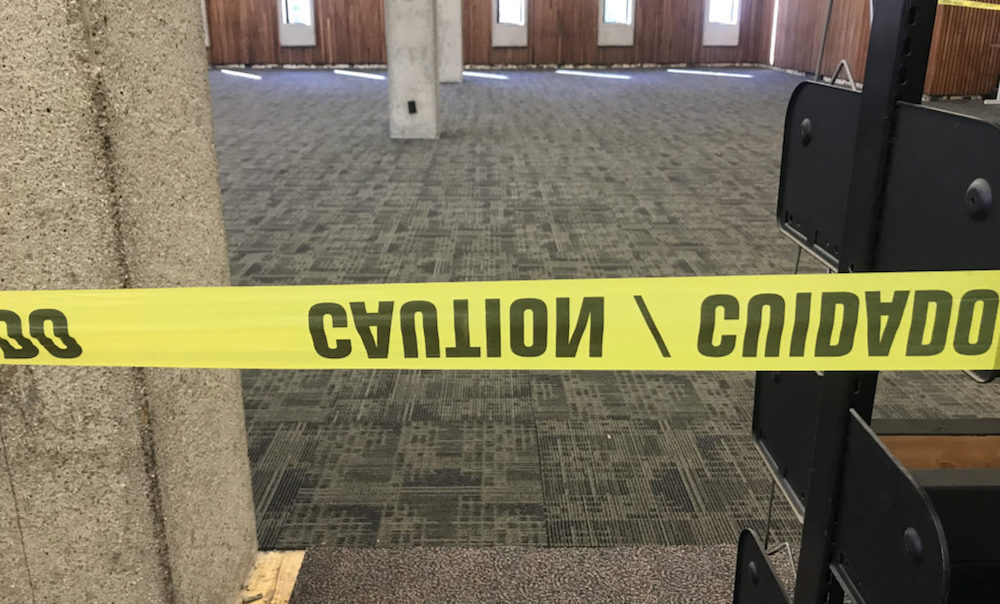 On Nov. 1, the third floor of the Louisville Free Public Library’s main branch will close indefinitely to make way for renovations and changes to the first and second floors that will better mirror the suburban branches, according to LFPL’s outgoing director.

“This is the flagship,” said Director Jim Blanton about the downtown Main Library. “And we really need to make sure that the types of things that are happening in the other regional libraries are reflected here.”

But the union for library employees is worried that the changes will reduce services and hurt the vulnerable populations that use the Main Library, including its many homeless patrons — attracted to the calming atmosphere of the branch and its free access to computers, Wi-Fi and reading materials.

An advocate for the homeless and three homeless people who spoke with the LEO said they didn’t think the changes at the library would negatively affect either them or other homeless patrons. They include Dana Choate, who said she is happiest at the library during the day, rather than at a shelter, which is “not as relaxing.”

“You know, there’s other women that are mentally not there, and it would just frustrate me more. This way, I can just get my mind where I need to be at,” said Choate, who was forced out of her home by domestic violence.

Regardless of the debate over library changes, at least one homeless advocate said they wished there were more places for the homeless to go in Louisville.

“What I really wish is that we had adequate day and overnight shelters in town so that the library didn’t have to address service needs of the homeless,” said Natalie Harris, the executive director of Louisville’s Coalition for the Homeless, in an email. “But that hasn’t been the case and they have been very kind to those who use the facilities!”

Last Thursday, 110 families were on the waiting list for a Louisville shelter, said Harris.

Ashley Sims, vice president of the library union, said in an email she fears changes could reduce restrooms, computers and tables, which would hurt the people without a home who use the library.

“Currently the Main Library provides basic needs for the homeless population, including sitting areas, restrooms and an escape from the elements,” said Sims. “Although this is not necessarily the traditional function of a library, the reality is that many homeless folk in the area rely on the Main Library to provide those services.”

Blanton, who leaves in November for a job in Asheville, North Carolina, agreed that the Main Library is important for the homeless. There will be fewer restrooms during reconfiguration and fewer computers after the changes, but he believes the remaining number won’t negatively affect the homeless people who use them. He hopes there will be more tables for all patrons after the library is renovated. “We have a very large space, and folks tend to forget we have a whole other wing of the building.” The south side of the library, separate from the book-heavy north side, includes a mezzanine with table space, as well as two large rooms.

Computers, however, one of the main reasons cited by homeless patrons for using the library, will be reduced to 82 from 90 after reconfiguration. There will be 52 desktop computers and 12 laptops available for checkout, and 18 computers will be available for children and teenagers.

Research conducted last year by the library system showed that demand for computers in the north building of the Main Library was met 99 percent of the time by 56 computers, said library spokesman Paul Burns.

Sims believes computers are being used at full capacity currently. “So what happens when people come to the Main Library to use a computer and they’re all full?” Sims asked. “Do they get turned away? What about job seekers and people trying to build their resumes? Will this reduce the number of patrons at Main?”

The library’s first floor will also be renovated in phases, with parts of the library closing in turn, but Blanton said services won’t be diminished.

There is talk of transforming the third floor into a makerspace or a spot for resident artists like those seen in other LFPL libraries, or even a service center for homeless patrons. No date has been set for the floor to be finished or even started. This, said Burns, is so Blanton’s replacement will have a say in the decision.

Blanton said the changes to the main branch were originally budget-driven, but he thinks they have sped up a transition to a “marketplace” type of library already represented at the other branches. That means that by the spring of 2019, the Main Library should have most services on one floor, with high-interest materials, or relatively popular materials, out front, said Blanton. Less popular materials will be available upon request. On the south side of the library, one room will be devoted to the Kentucky History Collection, which used to be on the third floor. In a later phase, the other room could become a computer learning center.

While the library’s main branch is being renovated this year, the metro government is set to finish the $17.8 million Northeast Regional Library near Iceland Sports Complex, and the St. Matthews location is being renovated and expanded.

The opening of the Northeast Regional Library will complete a 10-year effort by the library system to build a branch within five miles of the homes of 90 percent of Louisville’s population.

Sims believes that the library system is diverting funds away from the main branch, which is located near more vulnerable populations, in favor of suburban libraries, at least one of which is situated in a wealthier and less diverse area of the city.

Potential patrons who live within five miles of the Main Library have lower incomes and are more diverse than those who live the same distance from the future Northeast library, according to a study from the American Federation of State, County and Municipal Employees Local 3425 union and Louisville Showing Up for Racial Justice. Forty-seven percent of those who live near the Main Library are non-white, compared to 15.6 percent who reside next to the Northeast library location. The average household income near the Main Library is $29,359 compared to $70,440 in the area surrounding the Northeast branch.

AFSCME Local 3425 is also concerned that the main branch changes mean that the library will be short 12 employees (some have chosen to move to the Northeast library, but will not be replaced).

Blanton said the main branch will have enough staff for its size.

No matter what happens at the Main Library, Carrie, a patron who is homeless and who declined to give her last name, said she will continue to visit, even though the quiet third floor is her favorite place to stay. “Even if I wasn’t homeless, I’d still come here every day,” she said. “Because I love the library. I love the books.”