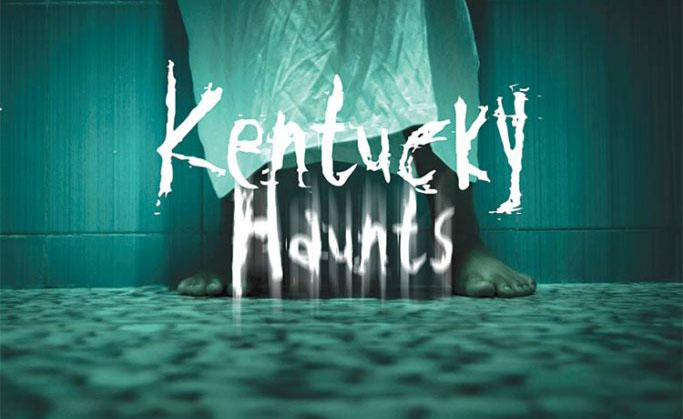 Guides to finding and exploring haunts don’t pop up every day. But it’s not as if we haven’t had one show up in… an eternity? Louisville native Daniel Meyer knows this, and citing his predecessors with detailed notes and indexes is one thing he does well. So not only do you have this new guidebook around Halloween, but you might take your piqued interest straight on to “Weird Kentucky,” or the multiple volumes from David Dominé or Robert W. Parker.

Meyer has previously given us “The Gargoyles and Grotesques of the Ohio River Valley,” so it’s no surprise that his new book is practically gleeful in how it spins folktales alongside appreciations of some of the Commonwealth’s quirkiest architecture. The author enjoys tracing the lineage of structures and how buildings get renovated and repurposed. But that’s just one of the noticeable authorial enthusiasms that set this book apart from those with which it typically shares a shelf.

Meyer seems not just a fan of matters paranormal. He’s a believer. The introduction here modestly conceals fervor: “Perhaps decades and centuries of actions and connections filled with strong emotions … bind life to time and space after death so that actions, entities and souls still linger.”

That near-evangelism seems to get hitched to gentle skepticism once past the earnest keynote. The body of this book has sometimes-lavish descriptions of historical oddities fitted in among Chamber-of-Commerce-worthy effusiveness about the compelling charms of these places today. But Meyer often inserts assertions as to why he might not put stock in the reputed claims for some hauntings. (“I cannot make the claim that just because I don’t sense something on a particular visit that nothing ever occurs at such a site.”)

So over the course of the five main chapters — covering hauntings at restaurants, inns, natural areas, roads and cemeteries, respectively — there’s a push-and-pull to be had in reading about what Meyer has learned from research, up against what he experiences firsthand. One example, from Louisville’s Derby City Antique Mall: “…a kitchen operator came and went within a very short span of time due in part to some very disturbing spectral visits. I have never felt such energies…”

I wish I didn’t feel dismissive of his explanation for why Waverly Sanitorium doesn’t get prominent coverage. He states that it was an outlier to his categorization of haunted places — and I agree Part of the book’s organization is to build a case for certain types of man-made or natural structures becoming homes to emotional energies that might transcend mortality. (That’s why the odd choice of a first chapter focusing on restaurants.) And the rest of the usual suspects — Talbott Tavern, Bobby Mackey’s, the Brown and the Seelbach, Cumberland Falls with its ghost bride — receive their fair share of attention.

So that one oversight is not so damned annoying that I’ll stick around to make a case about it after this life.