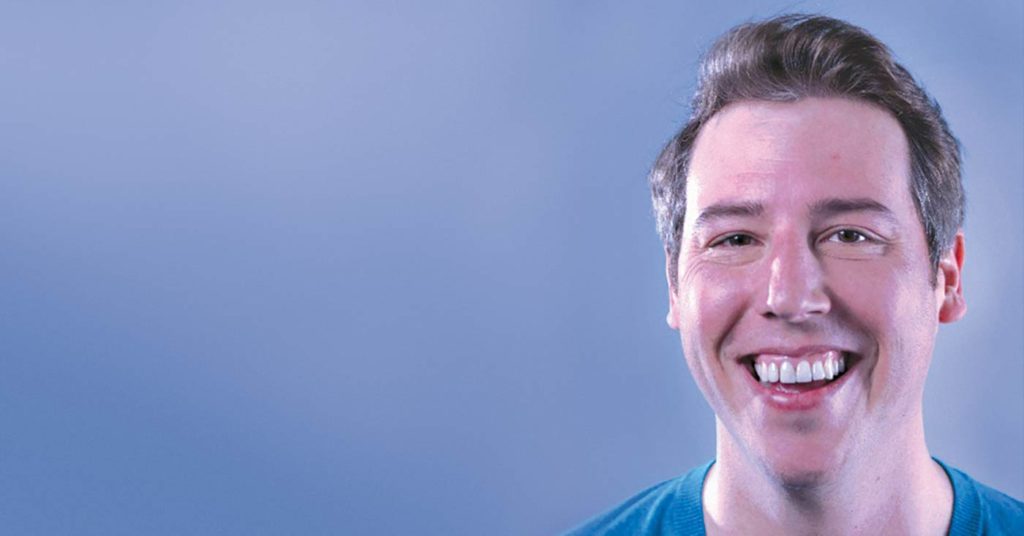 New York-based comedian Josh Branham might be the third most-famous person from Versailles, Kentucky, but he is most certainly the funniest. “Sturgill Simpson, was a year ahead of me,” Branham said. “And Shaun King was a friend of mine, too. He’s now a big-time writer for the New York Daily News and has a million followers. What I’m saying is, if I’m ever hit by a car, I hope someone else’s life flashes before my eyes.” Banham is headlining at The Caravan this week, recording the shows for his upcoming album. He took time to chat with us about growing up the youngest of five (which he is), starring in “The Avengers” (which he probably won’t) and comedian Doug Stanhope’s testicles (which he’s seen).

LEO: We’re excited for you to come back through town. Seems like it’s been awhile.
Josh Branham: I am too. I love this club. I started out there doing open mics. I remember one open mic where Doug Stanhope dropped in and decided to pull his balls out onstage. I didn’t know you could do that! Since then, I’ve pulled my balls out at every show, I can’t stop doing it. [Laughs] It takes a lot of prep, the shaving and the makeup.

What was growing up in Versailles like?
I was popular, not in a positive or negative sort of way, more in a loud sort of way. I started out in drama, and everyone thought I was going to be famous. As it turns out, Sturgill Simpson was a year ahead of me and is far more well-known than I am. And Shaun King was a friend of mine, too. He’s now a big-time writer for the New York Daily News and has a million followers. What I’m saying is, if I’m ever hit by a car I hope someone else’s life flashes before my eyes.

Do you mind being the third most-famous person from Versailles?
That’s what I should put in my bio. I mean, who would believe that a town that small would put out three huge celebrities like Sturgill, Sean and myself? [Laughs] I’ll be in ‘The Avengers’ movies next year, just watch.

Yeah? I always thought they were mistaken for not putting you in those movies.

Is it true you were homeless before starting comedy?
Yeah, I moved out to Los Angeles and, as things turned out, I ended up on the street for a bit. I didn’t really want to do comedy. I was homeless, and The Comedy Store had air conditioning. I signed up for their lottery and got on stage. After that, I got a job and started couch hopping with people I worked with. Then, I was a contestant on ‘Hollywood Squares’ and won a chunk of money. They don’t give you the money right away. You have to wait until the episode airs. While I was waiting on the check because I was homeless, I moved back to Lexington. While there I ran into Etta May. She showed me the ropes and set me on my way.

Was she kind of a mentor?
Absolutely. I wanted to move to New York. Her advice was to stay here, because there are so many major markets within a six-hour drive. You can really hone your act. And then, when you get to New York, you can make a splash. Which is exactly what happened. When I got here someone drove through a puddle and splashed me. You think they’re just handing out ‘Avengers’ roles.