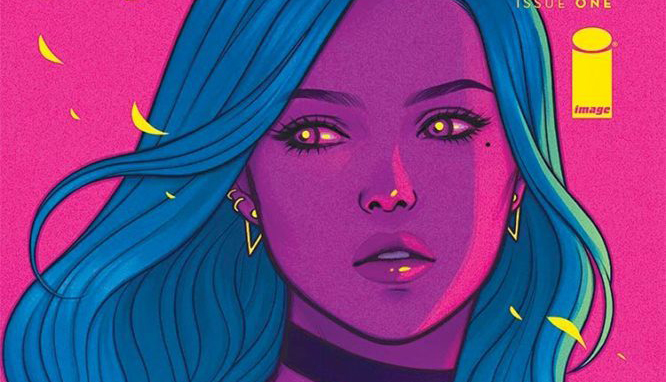 “I became that girl. I talked about monsters and magic and wizards, like, all the time.”

When Nina Rodriguez was 13, a magical creature saved her life before disappearing as quickly as it arrived. For the next 10 years, she’s been obsessed with the supernatural, devoting pretty much all her time to researching everything she can about it. Unfortunately, it’s left her full of depression and recovering from addiction with basically no social life and an incredibly strained relationship with her sister Marisa.

Sam Humphries spends Blackbird No. 1 showing off what might be his greatest talent as a writer: making us care about characters because they talk to the readers like a friend. He writes grounded, flawed characters who feel so real and full of depth that you can’t help but care about them. We’ve got this hidden world of magic peeking around the corner in this book and Nina is still the most interesting part of the story because Humphries knows how to write such interesting, fleshed out characters.

To the surprise of literally no one, Jen Bartel absolutely kills it drawing this book. The colors by Nayong Wilson and line work by Bartel make the book seem like it is glowing. You want to take your time looking at these pages — they’re beautiful.

“There is magic in the world, I just can’t find it.” Because Nina has never successfully found the magic she was looking for, everything will be as new to her as it is to us and I, for one, can’t wait to learn alongside her. 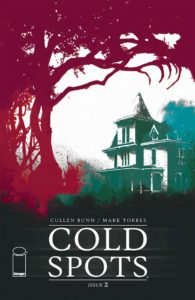 I’ve always been attracted to spooky things, so when I saw the cover of this book, I decided to pick it up. And I was not disappointed in my spookiness expectations!

The book opens on a crime scene where two people have been found frozen solid, which isn’t unheard of, but the protagonist is then in his car, and the radio talks about it being the end of summer!

He’s on a mission to find two missing persons and is directed to an island. He has to wait for the ferry the next morning and, while trying to sleep in his car, notices how incredibly cold it is for that time of year.

Fast forward to the island, and the story dives straight into gothic mystery. I won’t tell you more, but this book is so worth a read if you are a supernatural fan like myself. Bonus for me — once I read the book, I realized it was issue No. 2 — so I have to read No. 1, as well. That said, the second issue was amazing just as it was.

The story is written by Cullen Bunn with art and design by Mark Torres. If you’re a spooky person, don’t pass this one up!