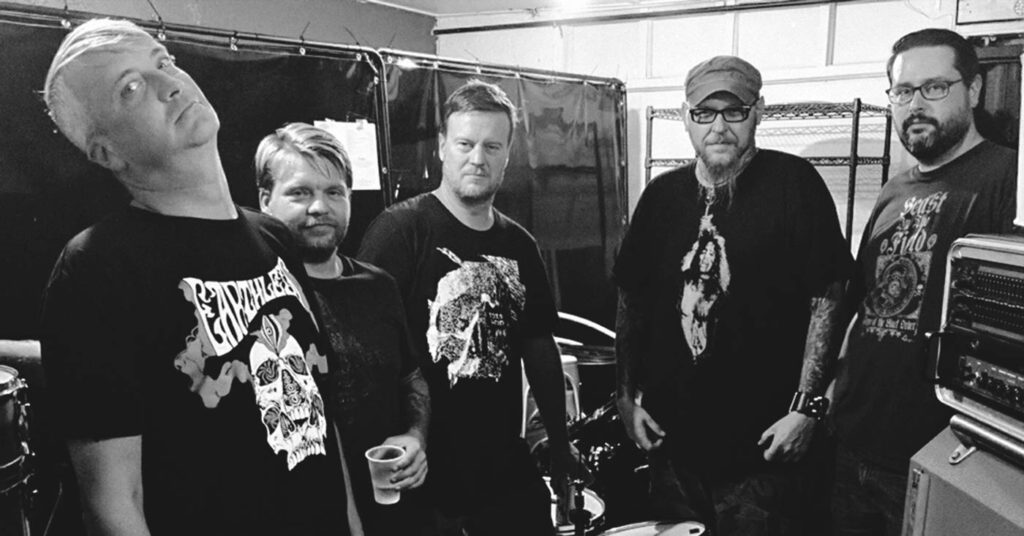 “I try to make inaccessible music accessible,” said Adam Colvin, drummer, songwriter and part-time singer of the metal band Batwizard. Indeed, metal music isn’t the most universally-palatable, but “Similar Tentacles,” as well as the rest of Batwizard’s new album, Medustrich, makes a good case for his goal. “I want to make songs where I blend it, and still make it obnoxious and really loud and crazy, but still to where someone can interpret it in some manner.”

In the absolute best sense possible, “Similar Tentacles” is textbook metal, which, Colvin told me, is completely by design. “We wanted to write something old school, like Kill ‘Em All era, something with a simple groove. Real driving and robotic.”

The song’s nearly minute-long Sabbath-like prelude nimbly dive-bombs into one ass-kicking NWOBHM-style riff that will immediately have your fists involuntarily pumping in the air.

“Ultimately, we just want it to be hard and loud — it’s fucking metal,” Colvin said. “And catchy, you know, we try to have a hook. We just play what we like. We cut out all the fluff and just went straightforward.”

The rest of the song is as mean and lean as they come, thundering unbridled for another two and-a-half minutes, while Colvin’s bellow simmers with his imminent anger.

“When I write lyrics there’s always this underlying energy that’s based in defiance and anger and rejecting fear and crushing fear,” he said. “Destroying apathy. Willful ignorance. Bootlicking obedience. I really reject the follower mentality, the sheep, never questioning what’s going on around you. I want to crush all that. There’s always some kind of energy fueling me against those things.”

But Colvin doesn’t see any reason you can’t tell an entertaining story — the destruction of human ignorance, for example — while dispensing his rage. Simply, Colvin likes to be “weird as fuck” and dreads the idea of being boring. As he sees it, why put people to sleep when it’s so much more fun and satisfying to make them go huh?

“I don’t like it when people are self-indulgent,” he said. “I get it, a lot of songs are about relationships and things like that, but you can kind of cross the line. Too much about ‘oh, me, me, me.’ Those are awful. I’d rather hear a story about a pile of tires that come to life and fight a fucking giant gorilla. I find that engaging.”

To that end, Colvin employs some outside-the-box techniques. And a little Flash Gordon for good measure.“I think of tongue twisters,” he explained, “and the weirdest imagery I can come up with. One thing that kept playing in my head was ‘born to the meat.’ In Flash Gordon there’s some characters they call ‘the hanging meat’ and I was consistently always thinking of that when I wrote these lyrics. They’re like these weird lizard monsters. I don’t know why that stuck with me.”

Surprisingly, for such a bone-crushing number, “Similar Tentacles” has very quaint beginnings: a lot of pacing and the use of modern technology. “I pace a lot, all the time. I’m pacing right now,” he laughs. “This song, and most of the songs on this album, started with me pacing and singing into my phone. It’s funny. I used to have to call my house to sing into my answering machine back in the ‘90s. It’s pretty silly.”