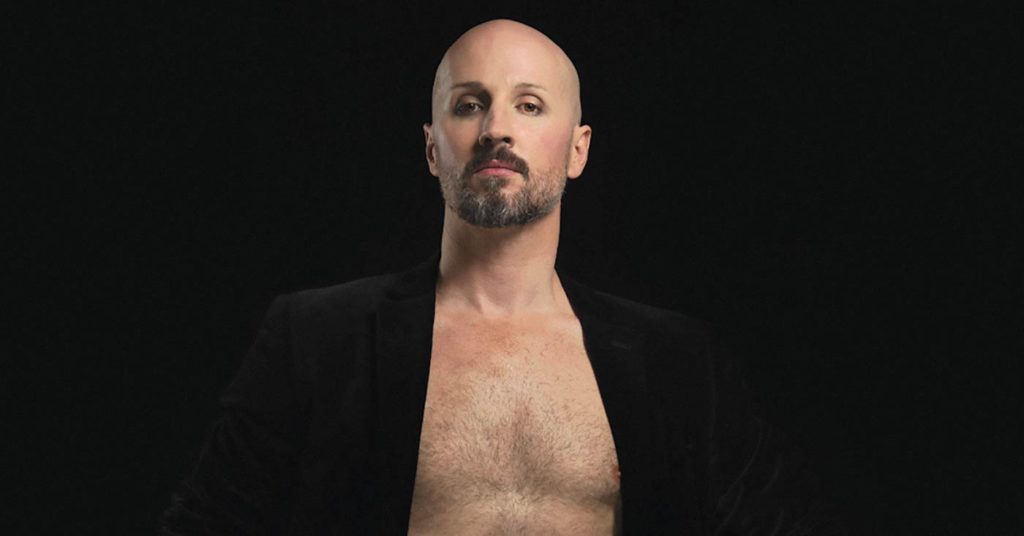 Robert Curran, the Louisville Ballet’s artistic and executive director, looked down at his outfit — a white T-shirt, khaki pants and white sneakers.

“Why am I wearing this tonight?” he said, as he leaned forward on the granite countertop in his Germantown loft. “I find myself questioning when I’m getting dressed.”

After ending a long relationship with American Ballet Principal Dancer David Hallberg and then losing his mother earlier this year, Curran has found himself asking many such questions about his life and what he’s wearing. Curran is on the cusp of reclaiming something he’d thought he’d buried — himself.

Too often, Curran feels like his own clothes are more costume than the ones he wears as a dancer. He’s looking for a way to bridge that gap. He wants to feel more comfortable expressing himself through his looks both on and off the stage.

“I went to Sephora this weekend and I thought, ‘Shit, this is my place.’”

Curran has spent much of his past four years at the ballet focusing solely on work. He’s wanted to keep the spotlight on the company, not on himself. The roles of artistic and executive director at Louisville Ballet offered him a chance to theoretically take cover.

Eventually, the shelter of the company became overwhelming, and creatively he felt a change was necessary. He had to come out of hiding to allow himself room to breathe as an artist and as a human being. He wasn’t sure how it would look or of the responses he’d get.

His latest performance, a collaboration with local Cambodian-American visual artist Vinhay Keo, who will serve as scenic and lighting designer, explores this struggle and his losses. The performance title is written in Khmer, the language most frequently spoken in Cambodia, but translated to mean, “Stain.” It will be a world premiere, part of the Louisville Ballet’s Mozart performance, which includes the dances “Divertimento No. 15” (George Balanchine) and “Force Flux” (Brandon Ragland).

Curran wants the dance to create the sense of being uncomfortable for both the audience and the dancers. Some of that will involve what the dancers wear during the performance.

“I wanted to make a really dark piece, and Vinhay’s work is all about light,” Curran told me during an interview.

“The piece is about where I really lost my identity as a human,” he said. “I didn’t know who I was. I was maintaining a veneer of a successful happy relationship and then stepped really quickly into this veneer of being an artistic director. I was in these worlds of veneers that I felt other people needed to see when they looked at me instead of what’s really going on.”

Curran had spent 16 years in the spotlight as a principal dancer in the Australian Ballet Company. He chose to leave the stage to lead the company because it offered him a chance to create his vision of what a ballet company should be and not to simply embody someone else’s vision — what dancers are expected to do without question.

The personal change that Curran is experiencing became apparent as he tried to ignore his own personal expression to fulfill what he thought the role of ballet director was supposed to look like. “It began when I was pulling myself back and not hiding behind the company, but certainly not expressing myself.”

“I realized during the first ballet I did, the first original work I did [for the Louisville Ballet] was in the fall of 2016, that it was pretty much about my unsuccessfulness in relationships.”

“It wasn’t actually what I thought it was, but it’s done and my mom’s died. It feels a little like, getting the poison out,” he said shaking his arms away from his body. “I don’t want to be vicious or gratuitous. I’m trying to be really honest and authentic and trying to not be afraid of messy.”

Curran pondered the idea of stripping away what wasn’t working anymore in his personal life. “Lately I’ve been thinking about how I behaved as a child. Who didn’t see this coming?”

Curran grew up in the countryside of Australia. His grandmother insisted he take dance lessons. As his skill grew so did his need for better instruction. His mom, Suzanne Curran, drove him two hours each way for lessons.

On days when there were no lessons and Curran’s father was away, his mom would let him “work” on his ballet makeup. “I would say to myself, ‘I’m doing my ballet makeup and getting better at my ballet makeup.’ Now I look back and think, ‘Girl…’”

He laughed, because it was in these moments with his mother’s cosmetics that he found his love of makeup and why stepping into a Sephora felt like a relief, even in a city unused to male leaders in eye shadow or heels.

Curran thinks it is important for Louisville to look at its leaders differently. “A person who did come up with this new business model for the arts, that has been pushing for the Louisville Ballet foundation, that has been running this organization at the executive level with amazing assistance, there’s room for that person; and the person that can do makeup and likes to wear high heels,” he said, then stops.

“It’s not the heels. It’s the person that likes to express himself through what he wears. I love kicks. I’m really comfortable in heels.”

At the end of our conversation, Curran relaxed on his turquoise sofa; an edge of the sofa arm is fraying. His arm rests on a gold pillow. His fresh manicure with one gold fingernail, a hint at the person aching to move forward after loss, shines in the dim light.

The setup is perfect. It’s the sum of all parts of this evening. It is an evening that, despite the topics of loss and the end of love, wove its own spell of romance and dreaminess.

Curran is new. He’s learning to walk again on the same legs that have given him an amazing career. “I don’t know what’s going to happen and where it’s going to go,” he said, sipping red wine.