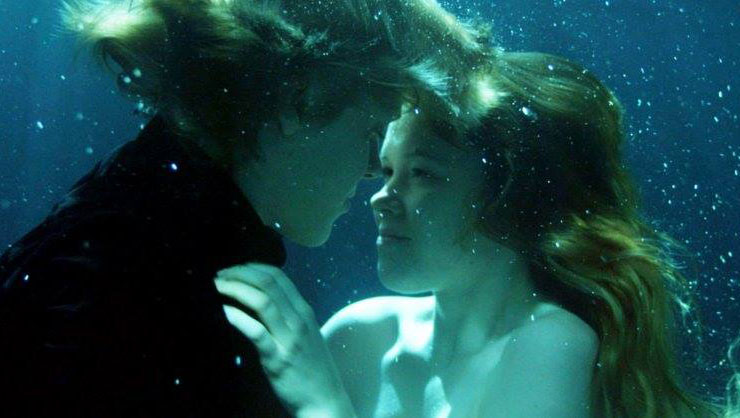 Mammoth Cave’s Black Power
UofL Bingham Humanities Building, Room 300
Free  |  3-4:30 p.m.
When Mammoth Cave opened to tourists in the 1840s, all of the guides were enslaved men. Their predicament was the impetus for much of the cave’s fame and the newspaper reports, guidebooks, poetry and speculative fiction that followed. According to the event description, “This talk explores how the literature of Mammoth Cave consistently conflated the cave with its guides, and translated the cave’s obscurity and mystery back into ideas of racial Blackness.”

Fight for Democracy
Frazier History Museum
Free  |  6-7:30 p.m.
No ticket, no closed door, no full voicemail: U.S. Rep. John Yarmuth, who is up for reelection and LEO’s founder, is meeting constituents at this free event to discuss the election and the future of America’s democracy. Alongside him will be special musical guest, Linkin’ Bridge.

Free Screening: ‘The Lure’
The Floyd Theater
Free  |  8-10 p.m.
Reasons to go see “The Lure” even though you probably haven’t heard about it: horror, music and mermaids. That should do it. This Polish film is about half-woman half-fish creatures that eat men, and you can see it for free as part of the UofL Film Liberation Unit’s Boo! With FLU series.

Film Screening – ‘Robert Penn Warren: A Vision’
The Filson Historical Society
Free (reservations required)  |  5-7:30 p.m.
In this original KET documentary, learn about the life of Robert Penn Warren, the famous, Kentucky-born novelist of “All the King’s Men,” and the only author to win a Pulitizer Prize in fiction and poetry. Before the 6 p.m. screening, you can take a tour of the Filson Historical Society exhibit galleries and, afterward, stick around for a question-and-answer session with KET producer Tom Thurman.

International Open Mic
Mom’s Music
Free  |  7-9 p.m.
We promise that no open mic around town is like this one. Perform a piece, whether it be a poem or a song, in its native, foreign language. “This open mic event will integrate cultures and evoke spontaneous creativity resulting in a magical evening,” according to the event description.

Trick or Trivia
Pizza Bar
Free  |  7-9 p.m.
Test your spooky film knowledge at this Halloween movie-themed trivia night. If you’d rather watch a movie than study up on one, there’s also a showing of “A Nightmare on Elm Street” to …uh, enjoy. Oh, and you can participate in a costume contest. First place receives four VIP tickets to Fourth Street Live’s Wicked Wonderland party and a $100 Pizza Bear gift card.

Nerd Nite
Gravely Brewing Co.
Free  |  7:15-9 p.m.
“Be there and be square.” Every month, nerds unite over drinks at Gravely Brewing Co. to listen to 18-21 minute lectures about everything from math feuds to the genealogy of Godzilla. October’s topics: opera, real estate and deep sea diving. Arrive at 5 p.m. for happy hour.

Recbar’s Monster Bash
Recbar
Free  |  8 p.m.-2 a.m.
A free Halloween party? We’re in. Recbar is mixing it up with a Friday night costume party (as opposed to Saturday) and DJ tunes from J FROST 5. Best individual and group costumes will receive $150 gift cards.