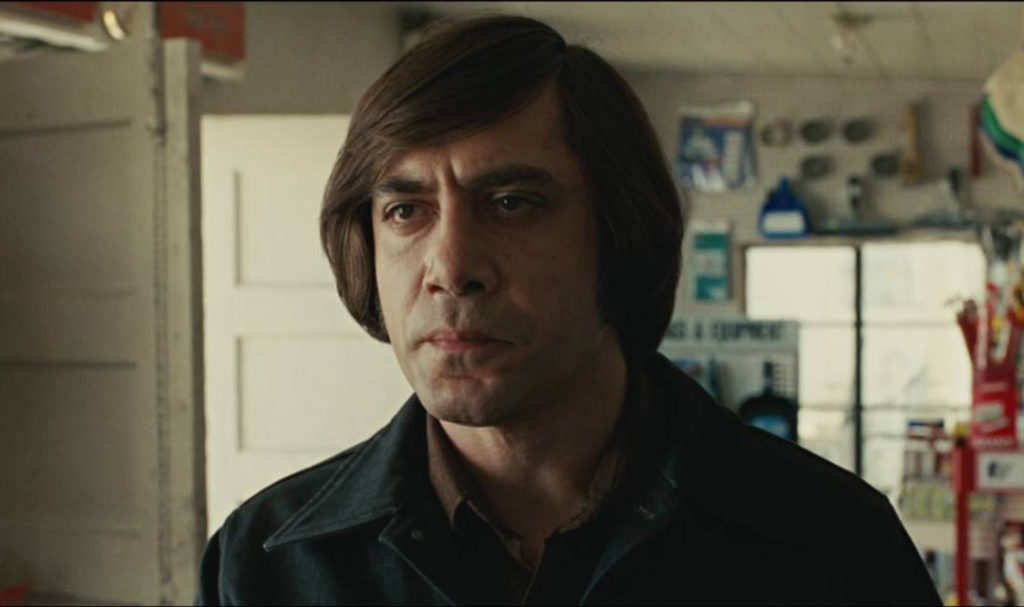 A still from “No Country for Old Men”

Me Too and You? A Conversation with Rachel Denhollander
UofL Student Activities Center
Free  |  8-9:30 p.m.
Rachel Denhollander was the first woman to publicly accuse disgraced USA Gymnastics team doctor Larry Nassar of sexual assault. Eventually, more than 300 victims would come forward, and Nassar would be sentenced to prison. At UofL, Denhollander, a Louisville resident, will share her story.

Planned Parenthood Birthday Bash & Lip Sync Contest
Highlands Tap Room Grill
Free  |  6-9 p.m.
We’re celebrating a very important person, er, organization this Tuesday… Planned Parenthood! Festivities will include a cake from Wiltshire on Market and a lip sync contest starting at 7 p.m. To compete, a $10 to $15 registration donation is suggested. Entry into the party is free, but come on, you’ve got to donate.

Beer with a Scientist
Holsopple Brewing
Free  |  7 p.m.
Scientists enjoy beer just as much as the next dude — especially when you know beer is not possible without water, and you’re Robert Bates, an H2O expert with the Louisville Metropolitan Sewer District. Bates will be talking water recycling, with a focus on what’s happening in the city. All you have to do is show up, listen and maybe order a beer.

Save Our Schools Rally
Central High School
Free  |  3:30 p.m.
Show your support of Kentucky public schools (and your disdain for funding cuts and those new high school graduation requirements) by rallying with the nonprofit Save Our Schools. The event includes food trucks, vendors, spoken word artists, an open mic, political candidates and more. At 5:30 p.m., national education activists and organizers Diane Ravitch, Jitu Brown and Sue Legg, will be speaking.

‘Ohashi Awakens in a Brothel’ and Other Stories of Zen Women
UofL Ekstrom Library
Free  |  6:30-8:30 p.m.
Sensei Amala Wrightson, the Spiritual Director of the Auckland Zen Center in New Zealand, will present a talk about the unacknowledged women of Buddhism, a tradition that may be peaceful, but is male dominated. A Q&A session will follow.

River City Music: History and Impact
The Kentucky Center, Mary Anderson Room
Free  |  7-7:30 p.m.
LEO contributor Michael L. Jones will lead this discussion about how America’s river highways influenced music and vice versa. It’s a whole week of river talk, in fact, if you happen to catch LEO’s Wednesday paper, featuring a story about what lurks in the Ohio. After Thursday’s discussion, stick around for Take Me to the River: New Orleans Live!, a celebration of music from the Big Easy. Tickets for that range from $25 to $45.

‘Solo Mio Round Two’
Victory Joy Theatre
Free, but ticketed  |  2 p.m.
The second round of “Solo Mios” starts this weekend, but don’t worry if you missed the first round. These ingenious, short, solo plays, put on and created from scratch by the Professional Training Company at Actors Theatre, stand on their own. “The series offers actors, directors and dramaturgs the chance to explore the creation … new, individualized performance in a workshop environment,” Actors states on its website. Best of all? It’s free.

Double Feature
Kaiju
Free  |  8 p.m.-1 a.m.
Grab a drink and sit down to watch two movies— the fabulous Coen brother’s take on the fabulous Cormac McCarthy book “No Country for Old Men” and “Duel,” the latter of which is Stephen Spielberg’s directorial debut. But the best part (besides the event being free) is that Louisville musicians will be scoring the films while you watch.