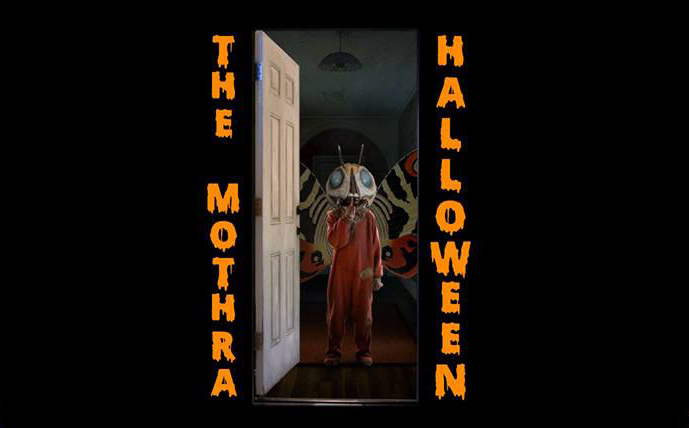 Louisville’s Irish Catholic Newcomers: Early Confrontation & Conflict
Crescent Hill Branch of the Louisville Free Public Library
Free |  7 p.m.
Who better to walk you through a history of Louisville’s Irish immigrants and the Bloody Monday riots of 1855 than Tom Owen, a former Metro Council president and a 43-year archivist at the UofL? You might see some similarities to today in Owen’s lecture, a look at an anti-immigrant Election Day rage that left at least 22 people dead.

The Mothra: Halloween!
Kaiju
Free  | 9-11 p.m.
For a holiday that’s supposed to be scary, there’s a lot of comedic fodder within the folds of All Hallow’s Eve: embarrassing costumes, disastrous parties, mischievous pranks. Even if there wasn’t anything, Louisville’s comedians and funny folk would be able to find something about it to laugh at. Listen to them spin their web of Halloween’s past at Louisville’s bi-monthly storytelling show.

Connecting Things Louisville – Jason Clark
VIA Studio
Free  | 6:30-8 p.m.
If you consider yourself a creative, but struggle to find likeminded individuals at your job, in your family… at the grocery store, this event series is for you. This month, hear from Jason Clark, the president and CEO of VIA Studio, a Louisville advertising and digital agency with locally high-profile clients, such as Waterfront Park and Actors Theatre of Louisville. Clark also happens to be a DJ, so stick around for some tunes, too.

‘The Dark Side of the Universe’ lecture
Gheens Science Hall and Rauch Planetarium
Free  |  8 p.m.
Like you really need someone to tell you that the universe is a dark place. Still, you’ll probably learn something new in this lecture from University of Chicago physicist Rocky Kolb. He’ll be talking all about the “dark side” — the 95 percent of the universe that’s a combination of dark matter and dark energy — and how it relates to the nature of time and space.

Republic Bank First Friday Hop
Various Locations
Free  | 7 a.m.-11:45 p.m.
Downtown Louisville comes alive on First Fridays, well, more alive. The event says that all of the galleries, restaurants, boutiques and shops in the district participate with specials, music and food — all designed to support the Louisville art scene. To catch the highlights, follow along on a five-mile tour from South Fourth Street to Butchertown, checking out multiple museums and galleries at each stop. You’ll even get to peek at a few museums that typically charge admission, such as the Muhammad Ali Center. The official tour starts at 5:30 p.m., but the schedule is tight, so you should be able to join in at any stop.

St. James Court Art Show
1387 S. Fourth St.
Free  | 10 a.m.-6 p.m.
This year is the 62nd edition of the St. James Court Art Show. Over 700 artists will converge on Old Louisville for a juried display of fine art and contemporary crafts, including 17 different art mediums. Check the website for ideas on parking, but if you know someone in the neighborhood, this might be a good time to call in that favor.

Unfair Art Show
Behind the Magnolia Bar
Free  |  Times vary
What started as a protest against the prices and lack of local artists at the St. James Court Art Show is now 22 years old and practically establishment (not quite – it’s still too eclectic). UnFair, cramped into the backyard of the Mag Bar off Magnolia Avenue, features over 25 local artists. The roster of artists changes annually (this year includes LEO Weekly’s own art director, J. Cobb), but you can expect art by locals at reasonable prices.

Spalding Founders’ Day Fall Festival
Trager Park (the corner of South Second and West Kentucky streets)
Free  | 4-9 p.m.
You don’t have to be a student, alumni or really anything other than “a community member” to attend Spalding University’s fall festival celebrating their founders, the Sisters of Charity of Nazareth. No matter who you are, the food and beer should taste the same. The festival will also feature music, vendors, lawn games, a bounce house, free parking “and more!” The festival’s reason for the season are a still-active group of religious sisters who came to Bardstown, Kentucky in 1812 to teach Catholic migrant children.

Butchertown Porktoberfest
Copper & Kings Distillery
Free  | 5-10 p.m.
We’re squealing with delight over here because it’s finally time for Butchertown’s annual Porktoberfest celebration (because what other festival would the neighborhood have?). Admission into the event is free, as well as music by Moondance, but you’ll have to pay for the drink and food tickets needed to sample the entries from the restaurants and shops that will be competing in the cooking competition. So far, Butchertown Grocery, Red Hog and Cellar Door Chocolates have all signed on, as well as a few other local establishments.

Art Sanctuary Presents: The Ear Sees, the Eye Hears
Art Sanctuary
Free  | 6-9 p.m.
Ugh, multitalented people. At least they make stuff that we can enjoy. The artists in Art Sanctuary’s latest gallery are both musicians and visual artists. Now you can enjoy their two passions at the same time and see how one talent inspires the other. Friday is the first day to check out the exhibit, an opening reception that will be accompanied by a cash bar. Later in the month, on the 26th, you’ll be able to listen to the musicians in action at a $7 closing party/fundraiser.