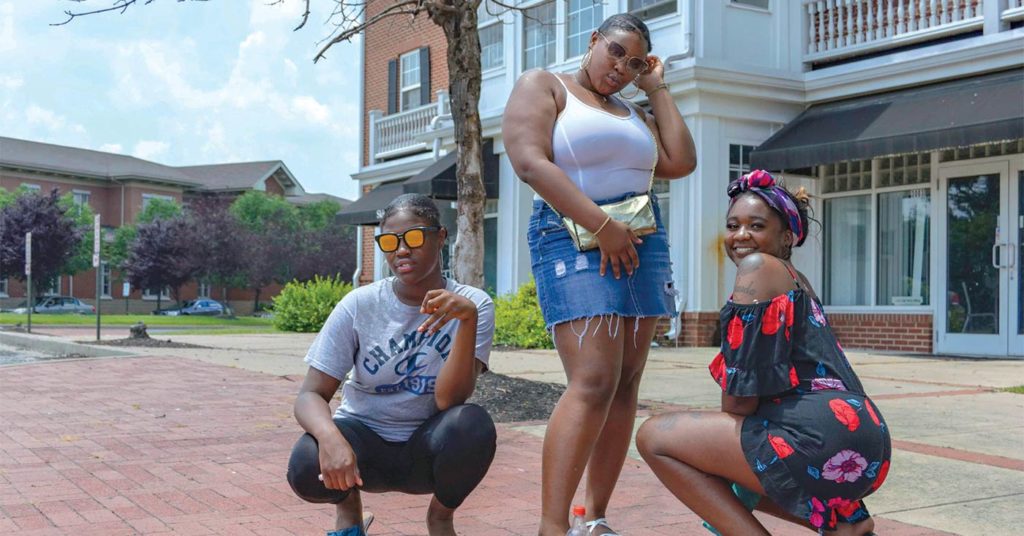 “There’s a big disconnect between the older and younger generation. The kids in The West End need more guidance from the older generation. It’s like they were doing the same shit we’re doing. People born in the ‘80s and ‘90s look at us and treat us like we’re totally different from them. They always tell us that we’re so different, in a bad way. Where’s the guidance? They just don’t understand us but maybe we’re meant to not be understood by them.”

“I’ve been here my whole life, for 50 years. In a nutshell, this is my home. With that being said, it’s a beautiful place, down here. It gets a bad reputation due to some of the acts that go on down here. As a whole, the community is fabulous. We’re all friendly and we all get along, outside of the small percentage of the negative. We love on each other and stick together. It’s a great place and I’m happy with it. I love the hood. I love it down here.

I’d like to show some of these young cats positive influences. I wanna show young men that there are opportunities in The West End. Just because you are a resident of The West End, it doesn’t limit your opportunities. You can get out if you want but you can stay and help build opportunities for someone else. This community is strong and there’s a lot of money down here, that unfortunately, gets spent outside of the community. We lack a lot of things down here. When I was a young man, we had a lot of black-owned businesses, like mom and pop stores. We had grocery and meat stores that were owned by black people. It has diminished.

For a long time, the mindset has been to get out of the West End but this is our roots. I’d rather create more roots and show these cats that you can be an entrepreneur. You don’t have to be a drug dealer or out here robbing people. There’s opportunities out here for us. You can create your own thing and don’t have to go nowhere else to do it. That’s why I do it. I wanna show them something.

The West End needs more black-owned businesses. We need more programs to engage the youth and some things that they can relate to. Show them something tangible. It has to be something that a young person can acquire. A lot of youth don’t realize that it takes a little bit of work to be able to have something because they’re so used to things be given to them or being denied the access to resources. A lot of them just don’t know and if they don’t know, you can’t really hold them accountable for it. They only know what they see.

We need to pass down the positive things to the people. We’re experts at passing down the bullshit. We’ll rather pass the game to the young cats and lace them like shoes but lace them bullshit. We need to lace them with good shit. When I talk to these kids out here, I don’t talk to them about the streets. I talk to them about their future. I’m a high school dropout. By the time I hit ninth grade, drugs was so fluent in our community and I wanted to sell dope. I got caught up in the madness and went to the penitentiary to learn my lesson. I’m not a penitentiary type of cat, I can’t be caged up. When they let me go, I got into sales and used that in the legal world. That’s where I’m at with it. If I don’t have a job, I can make one.

My advice to the world is to recognize that we’re all the same. Regardless of the color of your skin, it’s all about the content of your heart. If we breed that into our youth, we would be able to love one another and create some unity. The youth is our future. If we keep with the examples that we’ve been given, it’ll be rough out here with the mindset of the people because there ain’t no love out here. We have to build it and do it in our youth. We have a couple of generations that missed the boat and were the start of the downfall. That’s speaking about my generation. My parents had good jobs but they fought for that. What’s sad is that our people is giving back, in less than a lifetime, everything that was fought for.

King was killed in 1968 and I was born in 1968. The generation before me fought for everything, and within a lifetime, look what we digressed back to? We had problems with police killing people in our communities back then and we had people who fought that and minimized that and restored order within our communities. Here we are, today, less than a lifetime later, we’re giving it all back.” •