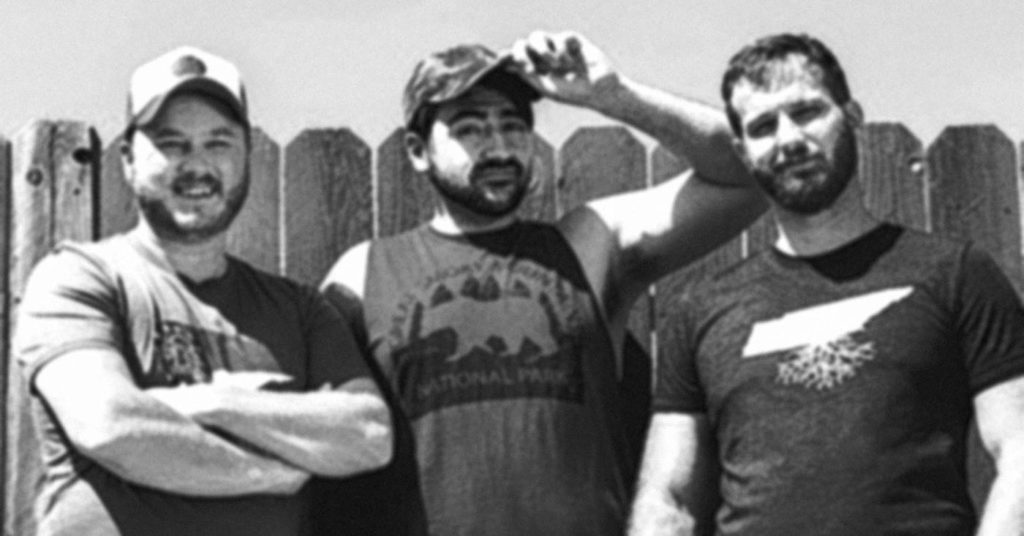 Taking time off the road, comedian Trae Crowder, better known as YouTube sensation the “Liberal Redneck,” talked to LEO about being liberal in a conservative part of the country. “I get it,” he said. “You don’t want to fuck up the potluck … but let them know they don’t speak for you.” This week, Crowder, along with friends Drew Morgan and Corey Ryan, make a Louisville stop on their wellRED Comedy Tour.

LEO: Louisville is a liberal oasis in a sea of backwoods conservatism. Do you have any advice for us?
Trae Crowder: I grew up in a little town named Celina on the Tennessee and Kentucky border. I’ve never shied away from how I felt on those things. Hopefully, not in a shitty or pretentious sort of way. I wasn’t constantly getting into fights or anything, but I also wasn’t biting my tongue, which is what I think a lot of people do in that situation. In a city, a real city like Louisville, you don’t have to worry about it as much. But in the more rural parts of Kentucky, it can be awkward, or weird, because you feel like you’re the only person around who feels that way. You’re the blue dot in a sea of red. You’re probably not. There’s probably other people who see it like you do, it’s just that none of you are saying anything about it, and so you don’t know the other exists. People say some version of that to us at our shows all of the time. I get it, you don’t want to fuck up the potluck. I’d say, be honest and speak up. You don’t have to be confrontational, but let them know they don’t speak for you.

Last time we spoke, it was before the election. What was your reaction waking up the morning after Trump won?
Well, I screamed at a lady in the parking lot of the post office in Oakridge, Tennessee. So, I wasn’t in a good place, obviously. My wife had given me a bunch of stuff to mail, and I guess I wasn’t moving at a rate of speed that was acceptable to her, so she honked her horn. As you know, in the South honking your horn is very aggressive. That’s a big-time power move. In some places, they’re very nonchalant about honking their horn, but in the South honking your horn means you’re fuckin’ doing this. Someone’s about to get an ass-whuppin’. Ultimately, I was shocked. I knew he [Trump] was striking a chord in this country, but I didn’t think it was going to be enough to win. Call it arrogance or naiveté — I was stunned, angered and depressed, all the standard issue bummer emotions.

Two years later, how do you think he’s doing?
I don’t think he could be doing much worse than he is. In the early days, I tried to cheer myself up by thinking, ‘Maybe he won’t be that bad. Maybe he’ll surround himself with good people, and we’ll get through this.’ It very quickly became clear the opposite of that was happening. It has genuinely been as much of a shitshow as I expected it to be, initially. So, I’m not surprised he’s doing a remarkably bad job. It’s just unfortunate.

We throw the word redneck around. How would you define the term “redneck”?
I don’t think it has to do with where you’re from, or your ethnic or religious background. I think Jeff Foxworthy covered it pretty well when he said, ‘It’s the glorious absence of sophistication.’ I think that’s a good way to define it. I think, in our book, we added another element when we said, ‘It’s the resolute dedication to not giving a damn.’ I guess there are rich rednecks, but I feel like it’s pretty socioeconomic, too. A lot of rednecks don’t have the refined tastes in things that the rest of the country does. And they don’t care to — they don’t see the point in a lot of that shit. And I have a lot of that in me, even living in California I don’t get all of that uppity bullshit. •